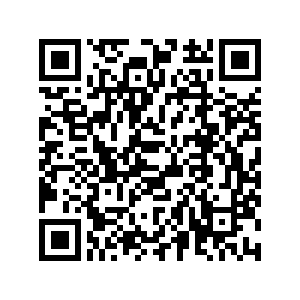 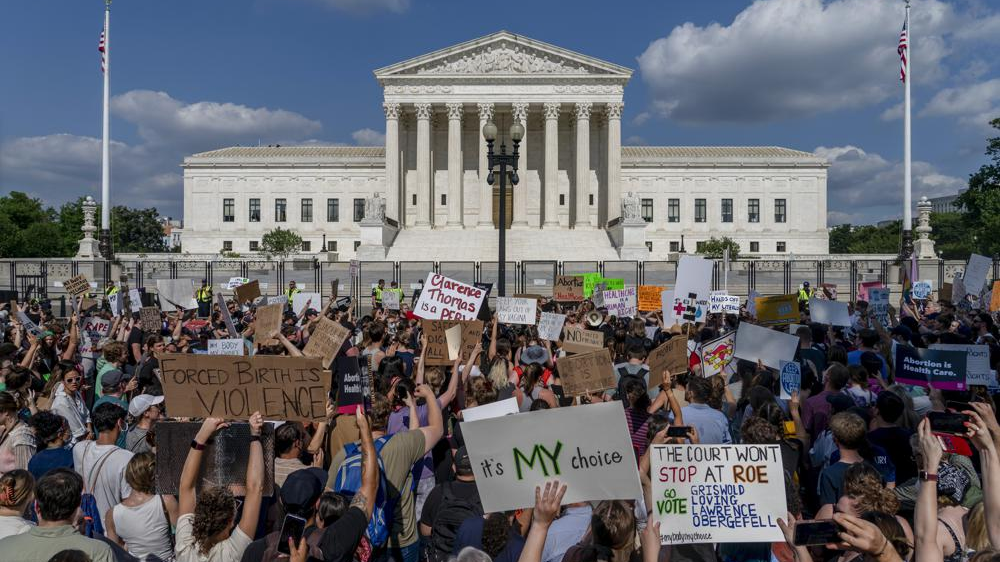 On January 22, 1973, Jane Roe, the plaintiff of the landmark Roe v. Wade, won the case against then Dallas County district attorney Henry Wade in the U.S. Supreme Court, making the day monumental in American history as a woman's right to abortion had been secured.

But Roe, the pseudonym for Norma McCorvey, failed to have the abortion she was seeking, as the ruling came three years after she filed the suit. In 1970, the unmarried, unemployed 22-year-old at the time – filed the suit when she sought to terminate her pregnancy with a third child in Texas, which had laws prohibiting most abortions. Roe ended up giving birth and then relinquished the baby girl for adoption. 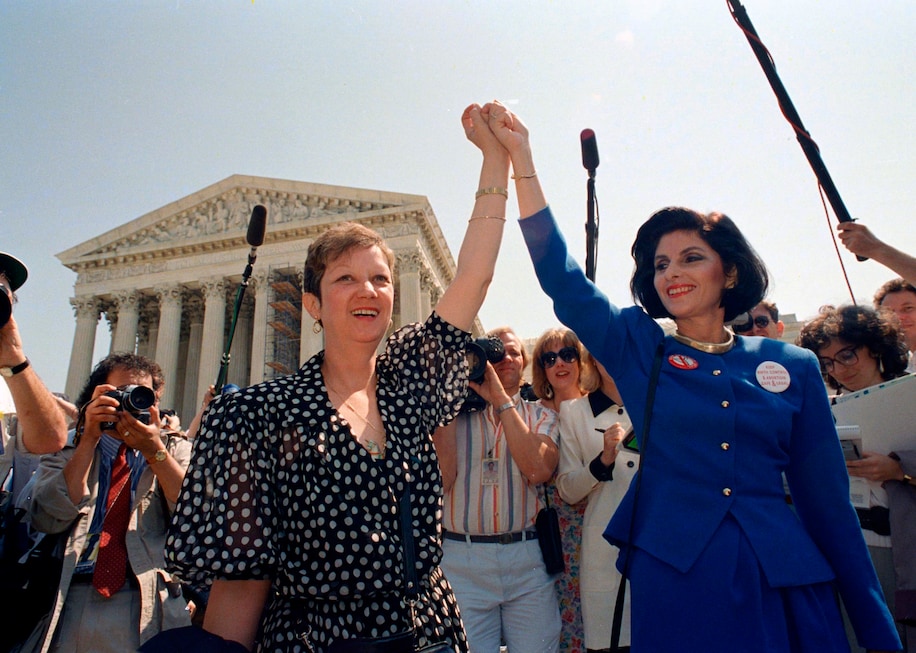 Norma McCorvey, "Jane Roe" in the 1973 court case, left, and her attorney Gloria Allred hold hands as they leave the Supreme Court in Washington after sitting in while the court listened to arguments in a Missouri abortion case, April 26, 1989. /AP

Norma McCorvey, "Jane Roe" in the 1973 court case, left, and her attorney Gloria Allred hold hands as they leave the Supreme Court in Washington after sitting in while the court listened to arguments in a Missouri abortion case, April 26, 1989. /AP

Over the past half a century since the national ruling struck down abortion bans as unconstitutional in a 7-2 decision, the U.S. has never been at peace with the result. Pro-life and pro-choice factions arose, with tensions simmering in the air until Friday, when the current Supreme Court overturned Roe in a 5-4 final vote, ending the only federal protection for American women's abortion rights.

The outcome came earlier than expected, catching many off guard. Just before Friday, progressive media outlets still kept telling stories of teenage girls or young, jobless women or those already with more than one child on their arduous odysseys to obtain an abortion, hoping to help reverse Justice Samuel Alito's initial opinion on Mississippi's Dobbs case, which was leaked to Politico in early May. The reporting and protests did little to change the court's minds— the final opinion resembled the leaked draft, leaving abortion decisions up to each state.

U.S. President Joe Biden said in response to the decision that the high court is "taking America back 150 years." 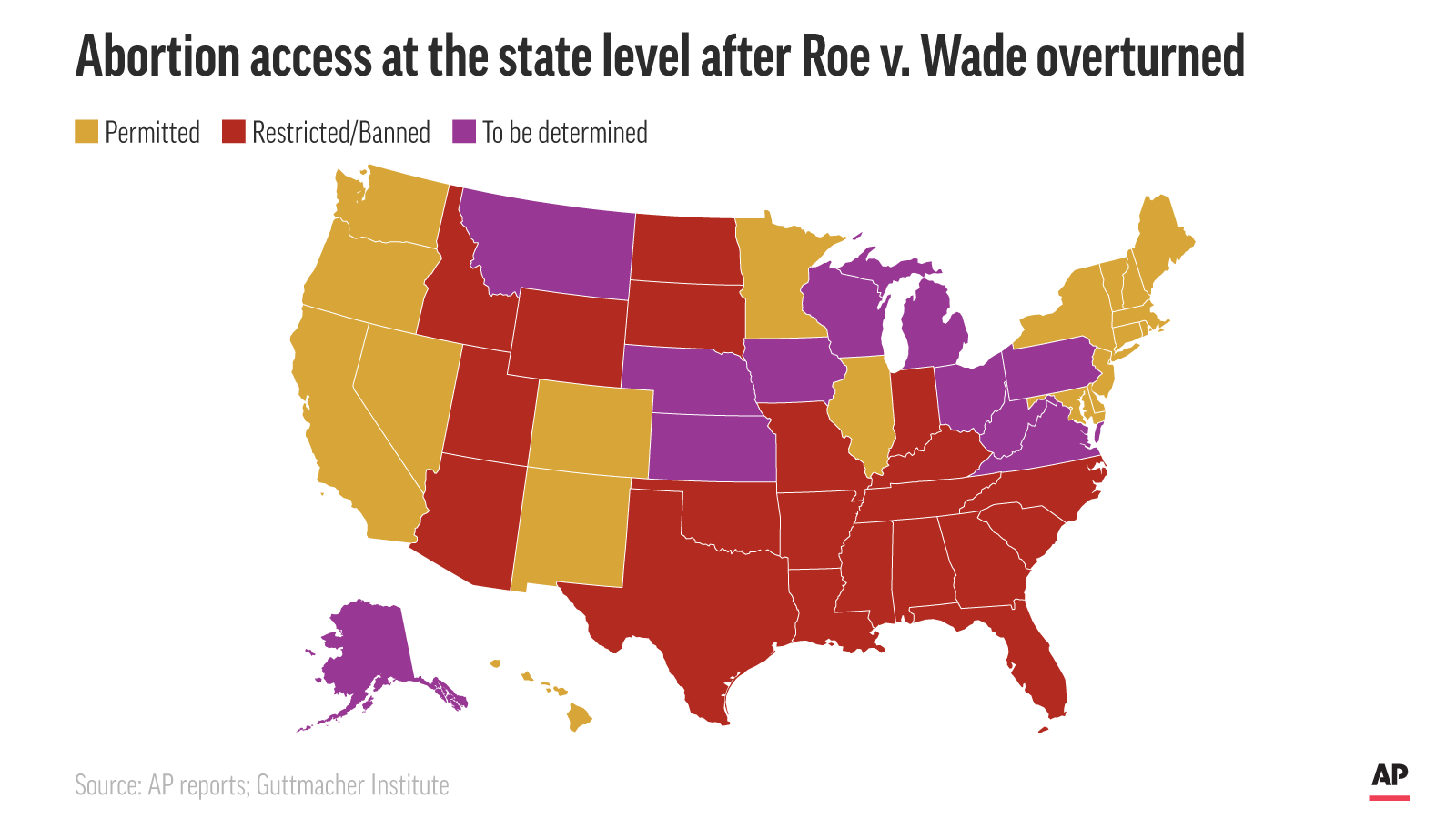 A state-to-state map to abortion laws made by AP

A state-to-state map to abortion laws made by AP

Now that states are left free to decide on women's abortion rights, it's estimated tens of millions of female Americans living in over 20 states will lose access to abortion. Some of them had already lost it. Oklahoma governor signed late last month into law the country's strictest abortion ban (from the moment life begins at conception) even before the Supreme Court's final decision was handed down. Texas introduced last year a "heartbeat ban" bill, prohibiting abortions after some six weeks into pregnancy. In addition, these two states also have trigger bans, along with 11 other states, that will take effect within 30 days after Friday. Louisiana, Kentucky, South Dakota, Utah, Arkansas and Missouri had their trigger bans come into effect immediately.

Besides, some other states have anti-abortion laws predating Roe which were left on the books. They will most likely reinstate them in near future.

It means women living in these states, home to 39 percent of reproductive-age American women, will have to travel out of their home states to terminate an unwanted pregnancy, including that of rape or incest, for which most anti-abortion laws of these states don't make exception. Traveling for an abortion to states that have abortion protection laws just adds another onerous financial burden on many women and their families. People of color will be disproportionally affected. According to the U.S. Centers for Disease Control and Prevention (CDC), the abortion rate for black women in 2019 stood at 23.8 per 1,000 while this figure for their white counterparts was 6.6. Hispanic women stood somewhere in the middle – 11.7 per 1,000. Furthermore, a large portion of women seeking an abortion live under the federal poverty line.

On top of that, the U.S. has the highest maternal mortality among developed countries due to a lack of maternity care providers and systematic postpartum support, of which black women again bear the brunt. CDC statistics from 2020 revealed black women were 2.9 times more likely to die from pregnancy-related complications than white females, due to healthcare inequality, structural racism and other deep-rooted factors. 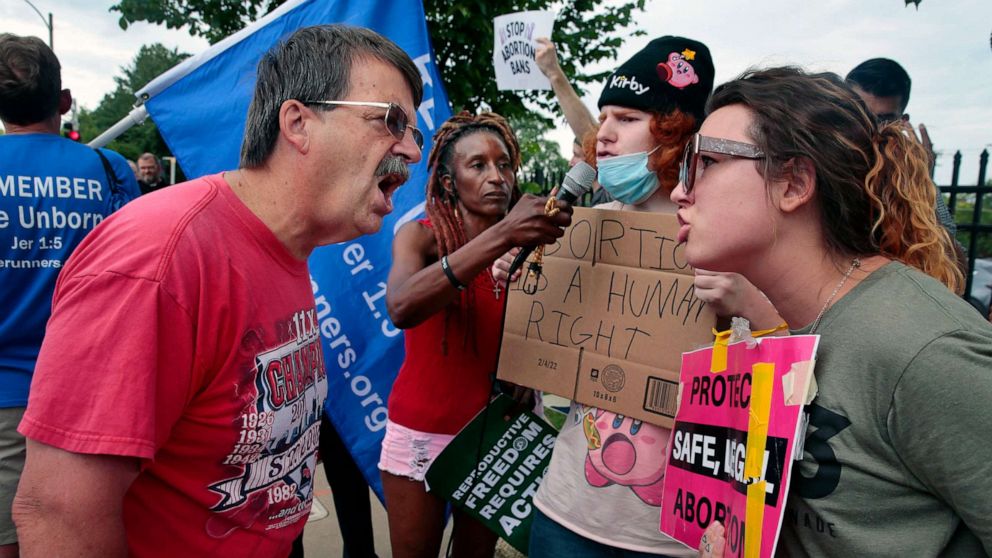 Less freedom than their mothers

In 1973, Roe, with only a 9th-grade education, said, "I was a woman alone with no place to go and no job. No one wanted to hire a pregnant woman." The predicament stays pretty much the same for most women today. There are many cases where women who had an abortion have finished at least college and gained brighter economic prospects than those who were denied one. For the latter, poverty is cyclical.

Women denied a wanted abortion have four times greater odds of living in poverty, according to the Turnaway Study, a longitudinal study delving into how unwanted pregnancy affects women's lives by the University of California, San Francisco.

Moreover, the high court's June 24 decision is causing a spectrum of ripple effects. Women may enter an era of no privacy, with the possibility of anti-abortion activists buying data harvested from their smartphones, such as location information and period-tracking apps, to criminalize them for abortions.

"The driver carrying a Texas woman seeking abortion in New Orleans could probably be sued and put under criminal charges," a gynecologist in Dallas told me, before Louisiana enacted its trigger ban – back then Texans could go there for abortions. Now women in Texas, Louisiana and Oklahoma may all have to go to New Mexico for such procedures, with unknown waiting periods.

Apart from all these tangible difficulties, carrying a child of rape or incest will cause a woman tremendous pain and trauma for the rest of her life, in addition to limiting her potential as a human through no fault of her own.