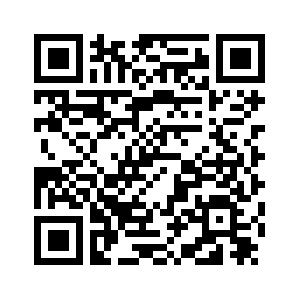 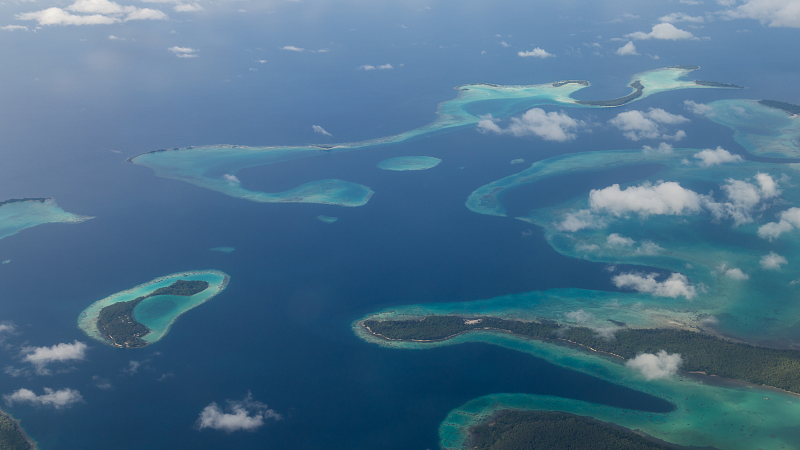 China's assistance in the Pacific is welcomed by many because it provides an alternative to the recent neglect and historical abuse suffered by the region since the end of World War II. The Pacific islands are among the last examples of active colonialism. The welcome extended to China's interest in the region needs to be understood in a historical context.

The historical context of the region is steeped in abuse and the bully exercise of imperial might. This is no exaggeration. In 1952, the entire island of Eluglab was vaporized in a United States atomic test. The impact on the surrounding seas and sea life was not monitored in the decades the followed.

The U.S. atomic testing program involved about 200 tests between 1946 and 1962. Island populations were forcibly relocated to suit the needs of the U.S. Ongoing impacts of radiation fall-out on island populations have been largely ignored. Marshall Islanders over a wide area were subject to abnormal radiological doses. In 2005, the U.S. National Cancer Institute reported that the risk of contracting cancer for those exposed to the fallout was over one in three. Compensation, when delivered, was at pitiful levels that did not fully recognize the loss of fishing and ocean access which is a vital part of the island economy.

The other major colonial power in the region is France. From 1966 to 1996, it conducted over 181 nuclear tests. Of these, 41 were atmospheric tests which spread a radiation cloud over thousands of kilometers. With the high-handed approach favored by colonial powers, compensation was barely recognized and  the results of ongoing monitoring of radiation impacts were ignored.

Britain tested 40 thermonuclear bombs on islands in the Kiribati group between 1957 and 1962.

While the younger generation is often unaware of this exploitation and destruction, the older generation of political leaders are well aware of the contempt in which their rights and livelihood are held by these imperial powers when they want to pursue their self-interested policies. The demands for a non-nuclear Pacific are not based on a modern social agenda. They are based on lived experience and a desire not to repeat those disastrous impacts.

This explains why New Zealand is a favored nation within the region and why its opinion carries much greater weight than that of Australia, France or the United States. New Zealand is proudly nuclear free and an early signatory to the nuclear non-proliferation treaty. Despite immense pressure from the United States, New Zealand continues with its anti-nuclear policy and refuses port access for U.S. nuclear powered ships.

The Pacific islands have, in essence, long been ignored until it is convenient for these imperial powers to take notice. Aid assistance has been ongoing, and natural disaster relief has been delivered, but these are the normal course of goodwill global responses. Unless the islands are host to a U.S. military base, then the development needs of these islands are largely ignored. 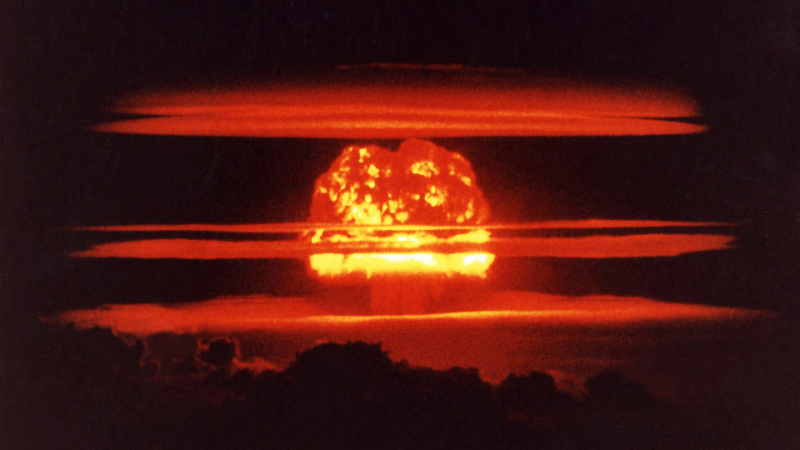 The media focus has been on the agreements signed by the Solomon Islands. There has been less attention paid to the immediate U.S. expansion in the Pacific. Guam hosts some of the most important U.S. bases in the world. After a large-scale U.S. military expansion on one of the main islands in the Northern Marianas, Tinian is expected to rival Guam in importance in coming years.

After years of neglect, the U.S. is also building new bases on Palau and in Micronesia. The residents are concerned about the impact of the base as their islands are often tiny and the landscape important to their identity.

From the perspective of the Pacific islands, it is very evident that they count only when it suits the interests of the United States and its Western allies. The other underlying issues faced by the islands are ignored.

China's engagement with the region has handed the island nations a powerful new lever. It may be an unwelcome geopolitical tussle but it's the one which has the potential to deliver genuine long term benefits to the region.

It is good governance to make the best use of these tensions to force those involved to pay genuine attention to the real social, environmental and infrastructure problems that have plagued the region for decades and which have gone largely unnoticed by those who lay claim to have the interest of the "Pacific family" at heart.

The preferred outcome to the current disruption is for all external parties – the U.S., France, the UK, Australia and China – to work cooperatively to improve the living standards in the region and fully address the impact of climate change. These outcomes cannot be achieved while the region is approached with a colonial mindset based on exploitation.