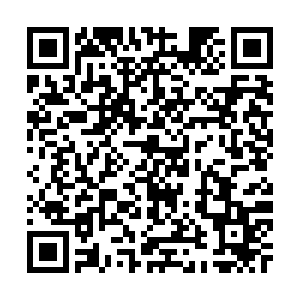 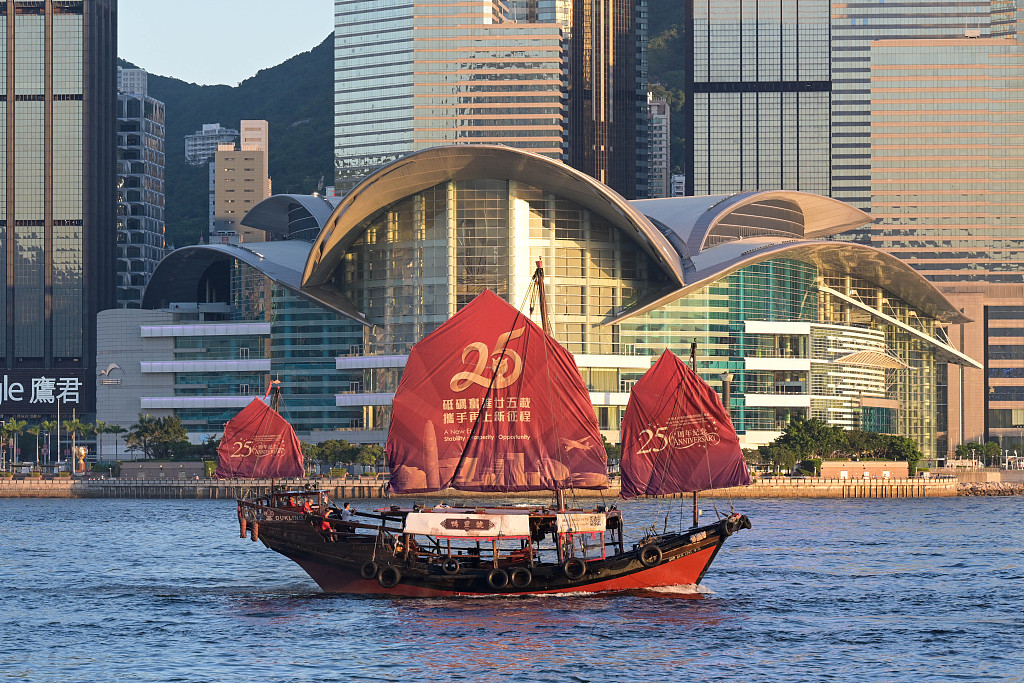 A boat with decorations celebrating the 25th anniversary of Hong Kong's return to the motherland sails through Victoria Harbor in Hong Kong, south China, June 27, 2022. /CFP

A boat with decorations celebrating the 25th anniversary of Hong Kong's return to the motherland sails through Victoria Harbor in Hong Kong, south China, June 27, 2022. /CFP

Over the past 25 years, since its return to the motherland, Hong Kong, as a special administrative region of China, has remained one of the most dynamic cities in the world. Meanwhile, China's decades-long drive for reform and opening up has stridden forward into the new era.

As the country opens its door wider, Hong Kong will see its position and role grow stronger rather than diminish, said Chinese President Xi Jinping in 2018.

Xi said he hopes Hong Kong will continue to take the lead in attracting capital, technology and talent for a high-quality development of the national economy and the new round of high-level opening up.

In particular, Hong Kong should leverage its extensive international connections and sophisticated professional services on the one hand, and rely on the mainland's huge market, complete industrial system and technological competitiveness on the other, he said, calling on the city to become the beachhead in China's two-way opening-up.

On July 1, 1997, China resumed the exercise of sovereignty over Hong Kong, and the Hong Kong Special Administrative Region (HKSAR) was established. Since then, it has been running under the principle of "One Country, Two Systems," which stipulates that the main body of China adheres to the socialist system while capitalist system is retained in the special administrative region.

Addressing a meeting marking Hong Kong's 20th return anniversary in 2017, Xi said, "'One Country' is like the roots of a tree. For a tree to grow tall and luxuriant, its roots must run deep and strong."

On the basis of "One Country," "Two Systems" should and have every reason to stay in harmony and reinforce each other, he said, adding, "We must both adhere to the 'One Country' principle and respect the differences of the 'Two Systems.'"

Then a year later in 2018, in a speech to celebrate the 40th anniversary of China's reform and opening up – "a crucial move in making China what it is today," Xi said that the "One Country, Two Systems" principle is the "biggest strength" of Hong Kong, and that the nation's reform and opening up set the broadest stage for the development of Hong Kong.

For one thing, thanks to the "One Country, Two Systems," the mainland has always been backing Hong Kong, especially in times of external crisis. That is why the city has weathered such challenges as the 1997 Asian financial crisis, the 2003 SARS epidemic, the 2008 global financial crisis, and currently the COVID-19 pandemic.

For another, the Basic Law of the HKSAR protects private property and foreign investment, provides that Hong Kong shall not be subject to foreign exchange control, maintains its status as a free port, and guarantees the free movement of goods, property and capital in Hong Kong.

Hong Kong has been the world's freest economy, according to the Fraser Institute. And the city has maintained the honor since 1997. In the Fraser Institute's Economic Freedom of the World 2021 Annual Report, Hong Kong continues to be ranked first in "Freedom to Trade Internationally" and "Regulation" among five areas of assessment.

In July 2019, China announced 11 measures in the financial sector to further advance opening up in the principle of taking actions "faster rather than slower and sooner rather than later."

In a research report released in March 2021, the Hong Kong Exchanges and Clearing Limited said that over the years, Hong Kong has been continuously enhancing its financial infrastructure, such as by introducing new systems to facilitate banks from all over the world to make renminbi (RMB) payments through the Hong Kong platform.

At the end of 2019, there were 204 banks participating directly in the RMB real-time gross settlement system, said the report, citing data from Hong Kong Monetary Authority (HKMA). And the average daily turnover through the system by July 2020 amounted to around 1 trillion yuan (about $149.53 billion), according to the report.

Hong Kong is the world's largest offshore RMB business center. According to the latest data from HKMA, the RMB deposit balance in Hong Kong was 841.9 billion yuan (about $125.85 billion) at the end of April 2022, up by nearly 133 times from about 6.3 billion yuan (about $940 million) at the end of May 2004. Over 70 percent of the world's offshore RMB payments are handled in Hong Kong.

Hong Kong is also an important service platform for Chinese firms to go global and a key offshore capital-raising center. As of April 2022, 1,370 mainland enterprises are listed in Hong Kong, accounting for 53.3 percent of the total number of companies listed on the Hong Kong Stock Exchange and 77.7 percent of the total market capitalization.

Furthermore, in the 14th Five-Year Plan (2021-2025) outline, China states that it will support the HKSAR to strengthen its status as a global offshore RMB business hub and back its joining into the building of the Belt and Road Initiative (BRI), a key part in the new pattern of China's all-round opening up.

Noting that Hong Kong plays a significant role in RMB internationalization, Yi Gang, governor of the People's Bank of China, the nation's central bank, said in December 2021 that Hong Kong could expand the list of RMB-denominated assets by building on the existing Stock Connect, Bond Connect, and Wealth Management Connect between Hong Kong and the mainland.

Yi added that Hong Kong can provide greater support to the financial connectivity under the BRI.

"As the gateway for mainland companies to go global, Hong Kong can improve financial services to better assist these companies' engagement in the BRI," he said. "As the global asset management hub, Hong Kong can also attract more international investors in the joint development of the BRI."