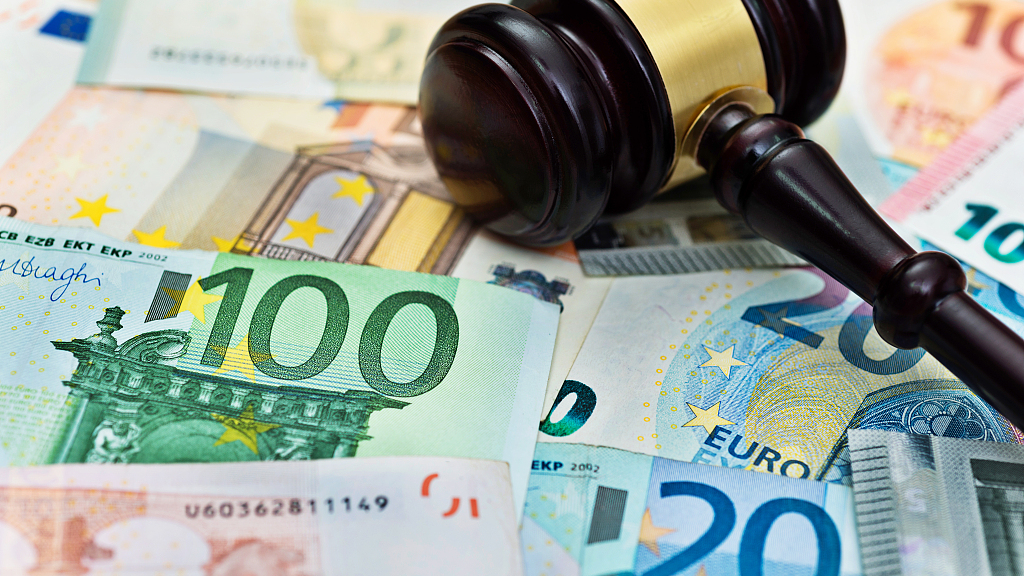 Since the Russia-Ukraine conflict began, Moscow has been subjected to extremely strong financial sanctions from the U.S., Europe and other Western countries. The sanctions include excluding Russia's major financial institutions from the international payment system SWIFT, suspending the use of Visa and MasterCard bank cards services in Russia, freezing the assets and gold reserves of the Russian central bank, and stopping the most favored nation treatment for Russia. The termination of project cooperation between the International Monetary Fund and the World Bank and Russia has cut most links between Russia and the global financial system.

All these financial sanctions on Russia are backed by the dominant position of the U.S. and Europe in the international monetary system. The U.S., European countries, Japan and other major economies leading the sanctions against Russia have accounted for more than 95 percent of the global foreign exchange reserves. The currencies of several of the major economies that have imposed sanctions on Russia also account for more than 90 percent of global payments. This is the fundamental reason why those countries dare to implement and weaponize financial sanctions against Moscow.

The Western sanctions are shaking the international monetary system with the U.S. dollar and the Euro at the core. As a consequence of the sanctions, the global market players, investors and third parties not related to the sanctions may try to avoid using related currencies.

For example, they will try to avoid dollar and euro settlements. The authorities of relevant countries will gradually reduce their official reserves of the U.S. dollar and even the euro, for the sake of diversification and security of forex reserves.

Besides, the abuse of financial hegemony by the U.S. seriously threatens the stability of the international monetary system. It is also leading to the escalation of international contradictions and the acceleration of the process of "de-dollarization."

In fact, there have already been signs of de-dollarization and de-euroization in the world. Its manifested mainly in currency regionalization, local currency internationalization, currency swaps, currency digitization and gold monetization.

However, we should not overestimate the impact of the U.S., European and Western sanctions in the process of de-dollarization and de-euroization. The main reason is that the dominant position of the U.S. dollar and the euro in the international monetary system is still difficult to shake in the short term. Market entities still support the use of these two currencies for international trade investment and payment. The inertia of the market will support U.S. dollars and euros for a long time.

The BRICS countries have shown a high degree of consistency on the Russia-Ukraine conflict. From the United Nations Security Council to multilateral mechanisms, the BRICS countries essentially abstained from voting, and these countries' voting positions were basically the same. Even though Brazil voted in favor of the United Nations General Assembly, the country’s foreign minister did not support the initiative when he spoke, and opposed unilateral and unregulated sanctions and spillover effects on the global economy.

Since the establishment of the BRICS cooperation mechanism in 2006, the proportion of the total economic output of the five countries in the world economy has increased from 11.7 percent in 2006 to 25.9 percent in 2021. In the same period, the proportion of the total trade volume in world trade has increased from 11 percent to 19 percent, contributing more than 50 percent to global economic growth.

In the face of Western financial hegemony and the reform of diversification of the international monetary system, the BRICS countries should unite and continue to commit themselves to the cause of global financial governance reform that they have long been promoting.

In order to avoid Western financial sanctions and long-arm jurisdiction and to reduce relevant risks, the BRICS countries should reduce the use of the U.S. dollar in international economic cooperation, and better employ the use, settlement and transaction of their own currencies.

The BRICS countries can also accelerate the feasibility study on establishing a payment and clearing system, which is conducive to avoiding sanctions and promoting cross-border investment and financing and trade cooperation among BRICS countries. This would benefit the regional economic and trade cooperation while eliminating the global clearing control of the U.S., and opposing American abuse of financial hegemony and long-arm jurisdiction.

BRICS countries should conduct international policy communications from the perspective of maintaining the principle of multilateralism. International multilateral institutions should not exclude Russia from the decision-making process by discriminatory means. It is in the common interest of the world and the BRICS countries that the IMF and the World Bank resume normal policy operations in Russia.