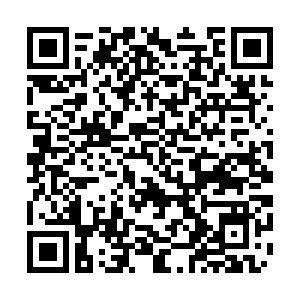 On July 1, 1997, China resumed the exercise of sovereignty over Hong Kong and the Hong Kong Special Administrative Region (HKSAR) was established. Since then, the city has joined the remarkable journey toward the great rejuvenation of the Chinese nation.

"The development of Hong Kong and Macao is closely tied up with that of the mainland," Chinese President Xi Jinping, also general secretary of the Communist Party of China (CPC) Central Committee, said in his report at the 19th CPC National Congress in 2017.

"We will continue to support Hong Kong and Macao in integrating their own development into the overall development of the country,” Xi noted.

Promoting the development of the Guangdong-Hong Kong-Macao Greater Bay Area (GBA) has been an important part of Xi's vision for the HKSAR.

The building of the GBA is the best entry point for Hong Kong to integrate itself into the country's overall development, Tommy Yuen Man-chung, the GBA's commissioner for the development told Xinhua in a recent interview.

The GBA is comprised of the two special administrative regions of Hong Kong and Macao, and nine cities in neighboring Guangdong Province. The total area is around 56,000 square kilometers, and covers around 6 percent of the Chinese population.

"The Greater Bay Area spans three customs territories in one country that operate under two different social systems with three different currencies. This is unprecedented in the world," the Chinese president has said.

On July 1, 2017, Xi witnessed the signing of a framework agreement between the National Development and Reform Commission, the country's top economic planner, and the governments of Guangdong, Hong Kong and Macao on deepening Guangdong-Hong Kong-Macao cooperation.

A year later, Xi announced the opening of the Hong Kong-Zhuhai-Macao Bridge, a supergiant sea-crossing traffic project that links Guangdong, Hong Kong and Macao. It has become a physical symbol of China's vision for the GBA.

On February 18, 2019, the outline development plan for the GBA was unveiled, which envisaged creating a role model of high-quality development, an international first-class bay area and a world-class city cluster.

Last September,  a plan was launched for further developing the Qianhai cooperation zone for the southern metropolis of Shenzhen and the HKSAR, with the aim of helping the zone better play an exemplary and leading role in the development of the GBA.

The number of Hong Kong-funded enterprises in the Qianhai zone surged 156 percent year on year in 2021. Of the total foreign investment in actual use in Qianhai last year, 93.8 percent was from Hong Kong.

Some Hong Kong youngsters have also turned to cities in Guangdong to realize their dreams. Under the Greater Bay Area Youth Employment Scheme introduced by the HKSAR government last year, nearly 1,100 graduates in Hong Kong have been hired by over 400 enterprises in the GBA.

Chief Executive of the HKSAR Carrie Lam concluded that the GBA enriched the principle of "One Country, Two Systems" and participating in the development of the GBA helped consolidate Hong Kong's status as an international financial center while promoting long-term prosperity and stability in HKSAR.

"As a special administrative region directly under the central government, Hong Kong has been re-integrated into China's national governance system since the very day of its return," Xi said at a meeting with the Hong Kong and Macao delegations in celebration of the 40th anniversary of reform and opening-up.

Chinese citizens who are permanent residents of the HKSAR can participate in the governance of both the SAR and the country as empowered by law.

After its return, at the Ninth National People's Congress (NPC) in 1998, deputies from Hong Kong began to participate in the NPC, the highest body of state power, to discuss plans for national development and problems affecting people's lives, and to put the people's expectations at the top of the agenda on state matters.

Meanwhile, more than 5,600 representatives from all walks of life in Hong Kong serve as members of the Chinese People's Political Consultative Conference (CPPCC) at all levels, including over 200 in the CPPCC National Committee. They are all valued advisors on key national programs and contributors to the development of the country.

Thirty-six deputies from Hong Kong were elected to participate in the work of the 13th NPC, accounting for 1.2 percent of total deputy numbers while over 200 CPPCC members are from the HKSAR, 10 percent of the total. Both ratios significantly exceed Hong Kong's share of the country's population of about 0.5 percent.

Calling on Hong Kong to participate in national governance more proactively, Xi has said that compatriots in Hong Kong should safeguard the country's political system and conscientiously safeguard national security.

The Law of the People's Republic of China on Safeguarding National Security in the HKSAR was passed unanimously by the Standing Committee of the NPC on June 30, 2020, filling a longstanding national security vacuum.

After the legislation was enacted at state level, Hong Kong pushed for local legislation on safeguarding national security.

By the end of May, Hong Kong police had arrested 186 people during related law enforcement and over 100 have been prosecuted.

Stressing Hong Kong has many advantages on the world stage, Xi has also said Hong Kong compatriots can support the country's participation in global governance.

The Chinese president has long pushed for economic globalization that is more open, inclusive, balanced and beneficial for all. Hong Kong as an international financial, trade, maritime and logistics hub is uniquely positioned to practice Xi's philosophy and promote global governance.

China released its 14th Five-Year Plan (2021-2025) last year, the blueprint and action agenda for the social and economic development of the country in the next five years. Hong Kong's economic and social development are highlighted in the plan, demonstrating the central government's staunch support for the HKSAR.

On high-quality development of the GBA, the 14th Five-Year Plan mentions the deepening and widening of mutual access between the financial markets of Hong Kong and the mainland and strengthening exchanges and cooperation between Hong Kong and the mainland on different fronts, and for the first time, includes the Shenzhen-Hong Kong Loop as a major platform of cooperation in the GBA.