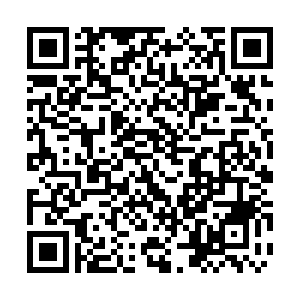 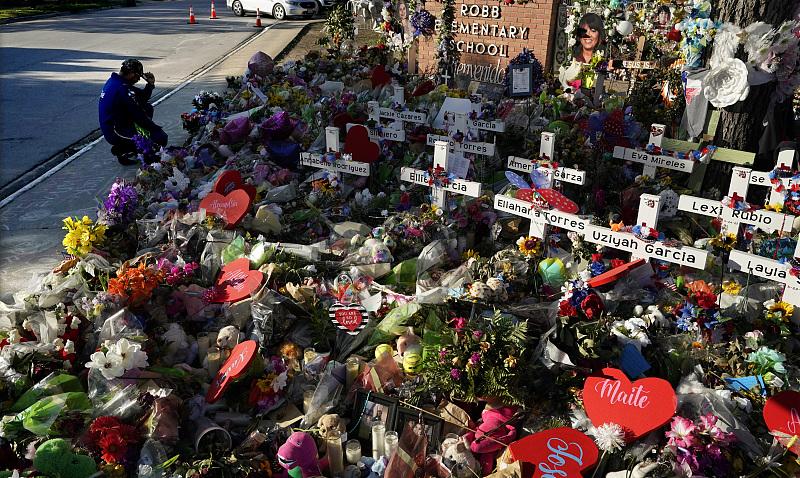 A man pays his respects at a memorial outside Robb Elementary School to honor the victims killed in the school shooting in Uvalde, Texas, U.S., June 2, 2022. /CFP

A man pays his respects at a memorial outside Robb Elementary School to honor the victims killed in the school shooting in Uvalde, Texas, U.S., June 2, 2022. /CFP

The number of school shootings in 2020-21 was the highest in the last 20 years across the United States, said a new federal report released on Tuesday.

"Although the rate of nonfatal violent victimization at school for 12- to 18-year-olds was lower in 2019 than in 2009, there were more school shootings with casualties in 2021 than in any other year since data collection began in the early 2000's, increasing from 11 in 2009 to 93 in 2021," said NCES Commissioner Peggy G. Carr in a news release.

"While the lasting impact of these crime and safety issues cannot be measured in statistics alone, these data are valuable to the efforts of our policymakers, school officials, and community members to identify and implement preventive and responsive measures," she added.

The latest report comes weeks after the mass school shooting at the Robb Elementary School in Uvalde, Texas, which left 19 children and two adults dead on May 24. The school shooting was just one of the recent high-profile shootings in the country.

Mass shootings across the U.S. over the past few weeks have renewed national attention to gun violence. The news portal Axios reported earlier this month that "firearms" was the second or third most searched topic in 409 of 435 congressional districts in the U.S. during the week when the May 24 mass shooting happened.

More than 21,500 people have died due to gun violence across the U.S. so far this year, according to the latest data from Gun Violence Archive, a non-profit that tracks gun-related violence in the country.

A recent Washington Post analysis also revealed that over 311,000 children at 331 schools in the U.S. experienced some form of gun violence since the Columbine High School massacre in 1999.