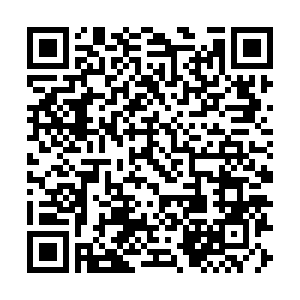 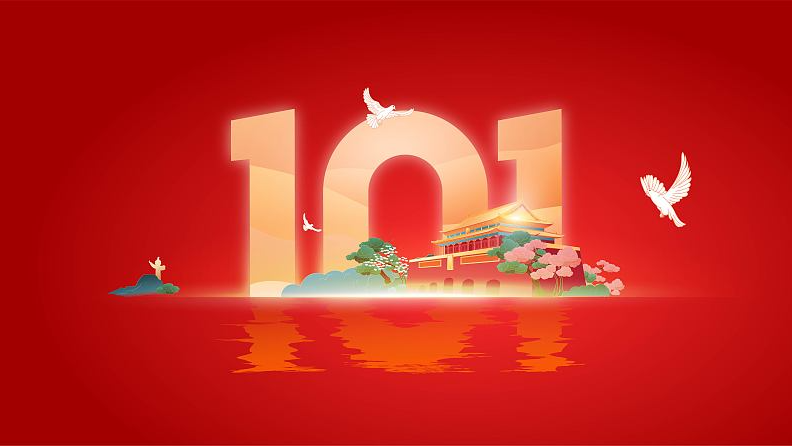 101st anniversary of the founding of the Communist Party of China (CPC). /CFP

101st anniversary of the founding of the Communist Party of China (CPC). /CFP

This year marks the 101st anniversary of the founding of the Communist Party of China (CPC).

The victory of the CPC in 1949 was a momentous and historic event in world history. The most populous country in the world with the largest peasantry had finally stood up alongside workers and intellectuals for their dignity.

The birth of the People's Republic of China (PRC) saw the rapid development of a socialist economy, with a strong centrally planned system and a government and political structure that redistributed land, gave equal rights to women, and brought dignity and power to workers and peasants.

This was an unprecedented achievement, especially given the population of China. The CPC and birth of the PRC forever changed world history and the destiny of the Chinese people.

Throughout the PRC's more recent history, the government has adhered to a road of peaceful development in both domestic and international relations. While difficulties existed prior to this period, China sought to raise its own citizens but also connect with the world through international cooperation, trade and exchanges.

Moreover, the CPC's contributions to world peace are unparalleled. The CPC's strength over the past century stems from its willingness to cooperate and forge links with countries around the world, even those that don't necessarily share the same ideological viewpoints.

The CPC seeks mutual benefit from its bilateral relations with other countries without dictating who their leaders should be and without using war and liberal humanitarian interventions as an excuse to carry out regime change. Instead, the CPC has adhered to a foreign policy of good-neighborliness and friendship, especially in the Asia-Pacific region.

China advocates for the settlement of international disputes through dialogue, which has cultivated a more stable international environment for China's domestic development. In regard to various issues of our time, including the ongoing "special military operation" in Ukraine, the nuclear negotiations with Iran and the security architecture in the Pacific, China continues to seek peaceful solutions to challenging and complex global issues.

Yet, while China unswervingly safeguards peace and stability, other nations who see China as a threat have not. Who can forget the U.S. bombing of the Chinese embassy in Belgrade in 1999 as part of NATO's war on Yugoslavia and the Hainan Island incident in 2001?

In these cases, the U.S. escalated tensions with China and acted in a reckless and provocative manner. In these instances, China had legitimate reasons to defend itself.

Under CPC leadership, China has always chosen peace and stability. This is a testament to the cadre and leadership of the CPC. The future will be brighter if the CPC stands its ground while actively leading resistance against states seeking imperialism or attempting to undermine China and its allies around the world. 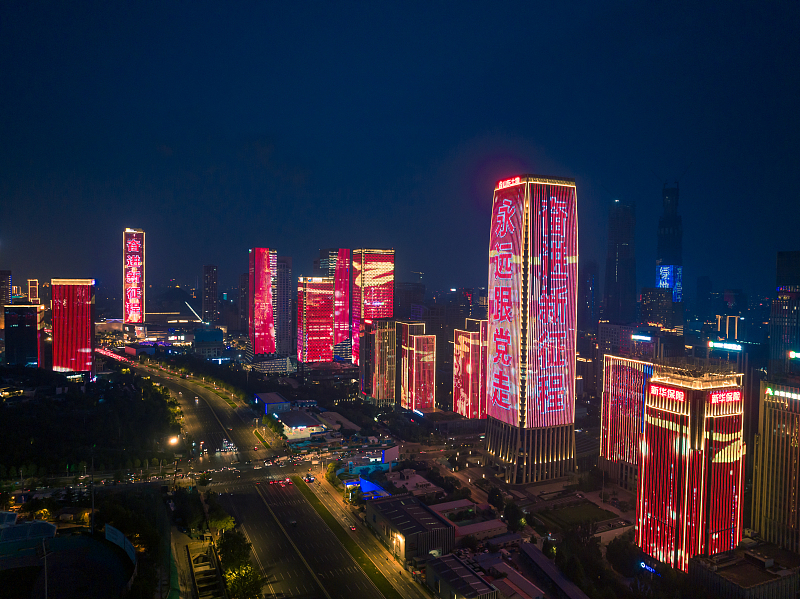 A light show themed with the 101st anniversary of the founding of the Communist Party of China (CPC) was staged in Jinan City, Shandong Province, China, June 30, 2022. /CFP

A light show themed with the 101st anniversary of the founding of the Communist Party of China (CPC) was staged in Jinan City, Shandong Province, China, June 30, 2022. /CFP

The China-U.S. competition threatens the creation of a multipolar architecture of peace, security and cooperation. U.S. provocations and instigations in the Asia-Pacific region are deeply concerning and reveal the militarist mentality of the U.S. and its prejudice toward China and the Chinese people.

China, addressing these concerns and destabilizing actions, seeks to create a stable surrounding environment for its own development. It forges alliances with neighboring countries and island nations, seeks to strengthen international ties beyond its region, and aims to expand international trade and cooperation via the Belt and Road Initiative.

These examples show that China is dedicated to building an international community that is united with a shared future for all humankind. Coupled with the impending climate catastrophe, these challenges pose real existential threats to achieving our goals of creating a socialist future for all. These challenges must be addressed if we are to survive as a species.

The CPC over the course of 101 years has proven that it is capable of providing the leadership and resources to continue to build a better world for all.