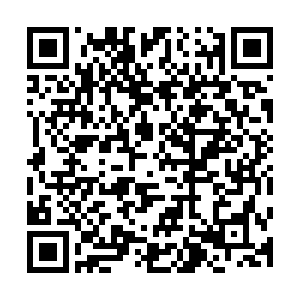 John Lee, the new leader of the Hong Kong Special Administrative Region (HKSAR), started his Friday, which is the 25th anniversary of the city's return to China, by launching a Weibo account.

"Sunrise, the beginning of a fresh day, makes people feel full of vigor," he wrote in his first post, adding that he will share his work and life under his new mission on the Chinese Twitter-like social media platform.

"Let's join hands and write a new chapter for Hong Kong," he wrote.

Lee was just sworn in as the sixth-term chief executive of the HKSAR. Chinese President Xi Jinping administered the oath of office to the new leader at an inaugural ceremony held on Friday morning.

Lee, the 64-year-old former security chief, was elected as the new HKSAR chief executive under the improved electoral system with the principle of "patriots administering Hong Kong."

He oversaw the introduction of the Law on Safeguarding National Security in the HKSAR in June 2020, which came after the global financial hub was gripped by prolonged social disturbances in 2019, with violent activities seen ranging from hurling petrol bombs to attacking police and trashing shops.

Thanks to the enforcement of the law, Hong Kong residents have been freed from the fear of violence and regained their peaceful life, and the city has restored order and economic vitality.

Noting the progress in his speech on Friday, President Xi emphasized again the implementation of the principle of "patriots administering Hong Kong."

To keep the power to administer the HKSAR firmly in the hands of patriots is essential for safeguarding the long-term stability and security of the city, he said, adding "at no time should this principle be allowed to be compromised."

Ever since its return to the motherland, Hong Kong has enjoyed true democracy, with the overall jurisdiction by the central authorities and a high degree of autonomy in the SAR, Xi added.

The democratic system of the HKSAR, which conforms to the "One Country, Two Systems" policy and Hong Kong's constitutional status, is conducive to safeguarding the democratic rights of Hong Kong residents and maintaining prosperity and stability in the city, the president noted.

Xi also hailed the irreplaceable contributions made by Hong Kong since its return in 1997 to what he described as the miracle of China's long-term, steady and rapid economic development.

The city has been a trend-setter in China's reform and opening up, and acted as an important bridge and window connecting the Chinese mainland with other parts of the world, he said.

It has actively integrated into the country's overall development and aligned with the national development strategies, and continues to maintain the strengths of being highly free and open and compatible with international rules, he said.

The region has also weathered all kinds of challenges and forged forward steadily, he said, adding that the challenges, from the international financial crisis to the COVID-19 pandemic, have not stopped Hong Kong's steps forward.

Over the past 25 years, Hong Kong has enjoyed robust economic growth and maintained its status as a global financial, shipping and trade center. It has witnessed a rapidly-growing innovative technology sector and created a world-class business environment, the president said.

Xi said that Hong Kong's pre-existing laws have been preserved and developed, with across-the-board progress seen in various aspects of the society. The vitality of the cosmopolitan city has amazed the world, he added.