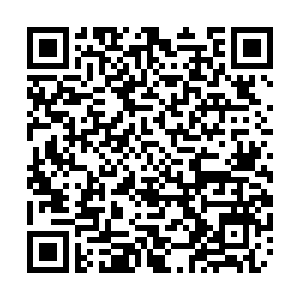 "Young people in Hong Kong can't be confined to Hong Kong. We'd better have a whole picture of our motherland," said Tsang Yi, a young entrepreneur from Hong Kong.

Yi, who founded a hackerspace company in southern Chinese city of Shenzhen, told CGTN that he hopes to inspire more Hong Kong youths to purse their career in the Guangdong-Hong Kong-Macao Greater Bay Area (GBA), saying "this is the best time for young people from Hong Kong to integrate into national development and to realize their value in life."

With the local job market under great pressure amid the COVID-19 pandemic, more and more Hong Kong youngsters have turned to cities in the GBA to realize their dreams.

Under the Greater Bay Area Youth Employment Scheme introduced by the Hong Kong Special Administrative Region (HKSAR) government last year, nearly 1,100 graduates in Hong Kong have been hired by over 400 enterprises in the GBA.

Over the years, Chinese President Xi Jinping has repeatedly demonstrated his concern for the well-being of the over seven million Hong Kong residents, with the growth of Hong Kong youths pulling at his heartstrings.

Calling for creating more opportunities for young people in Hong Kong to grow and shine, Xi said efforts should be made to help them overcome difficulties, gain a keen appreciation of the underlying trend in both the country and the world, and heighten their sense of national pride.

Embracing opportunities in the GBA

The latest survey by the Hong Kong Federation of Youth Groups shows that 64 percent of respondents are willing to join Greater Bay Area-based work experience programs or internships.

The most attractive factors for these youths are career prospects, market size, social networking and training opportunities, the percentage of which stood at 84.1 percent, 84 percent, 70.7 percent and 70.4 percent respectively.

Promoting the development of the GBA has been an important part of Xi's vision for the HKSAR, which is hailed as the best entry point for Hong Kong to integrate itself into the country's overall development.

The GBA is comprised of the two special administrative regions of Hong Kong and Macao, and nine cities in neighboring Guangdong Province. The total area is around 56,000 square kilometers, and covers around 6 percent of the Chinese population.

China released its 14th Five-Year Plan (2021-2025) last year, the blueprint and action agenda for the social and economic development of the country in the next five years and Hong Kong's economic and social development are also highlighted in the plan.

Xi on Friday reiterated the Central Government's full support for Hong Kong in maintaining its unique status on a long-term basis and called on the new HKSAR government to live up to residents' expectations and give top priority to meeting the aspirations of the whole community.

Since it returned to China in 1997, Hong Kong, under the "One Country, Two Systems" principle with a high degree of autonomy, has further consolidated its status as a leading international financial and global trading center. It has been consistently rated by global institutions as one of the freest and the most competitive economies with a world-class business environment.

Wrapping up his speech on Friday, Xi expressed the conviction that with the strong support of the motherland and the solid implementation of "One Country, Two Systems," Hong Kong will achieve even greater accomplishments.