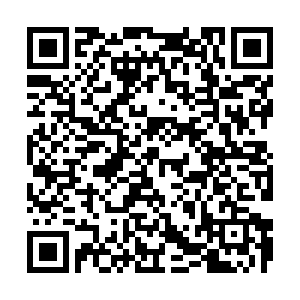 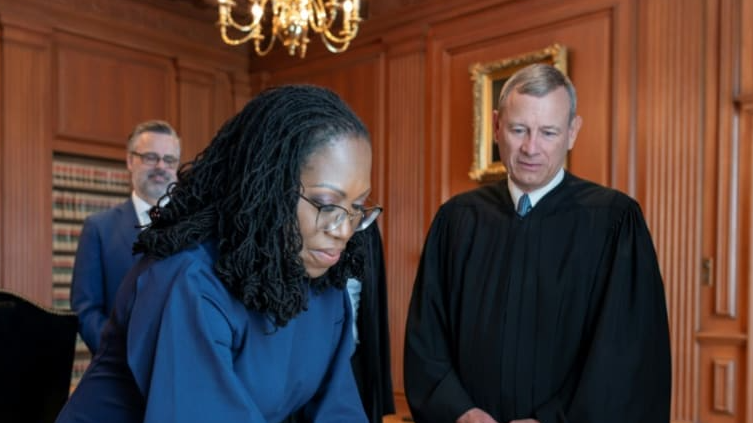 Ketanji Brown Jackson was sworn in Thursday as the U.S. Supreme Court's 116th justice and the first Black woman to serve on the court.

She was sworn in during a short ceremony shortly after Justice Stephen Breyer's retirement became official.

The 51-year-old's appointment by Democratic President Joe Biden means white men are not in the majority on the nation's highest court for the first time in 233 years.

While her confirmation is a milestone, it won't change the 6-3 conservative majority on the court, which has come under fire for recent rulings broadening the right to bear arms, eviscerating abortion rights and limiting the government's power to curb greenhouse gases.

"As Justice Ketanji Brown Jackson takes her seat on the Supreme Court, our nation takes an historic step toward realizing our highest ideals," Nancy Pelosi said in a statement.

"Amid this court's cruel assault on Americans' health, freedom and security, she will be a much-needed force for equal justice for all."

Jackson spoke only to say her oaths during the ceremony.

She had picked up support from three Senate Republicans during a grueling and at times brutal confirmation process, delivering Biden a bipartisan 53-47 approval for his first Supreme Court nominee.