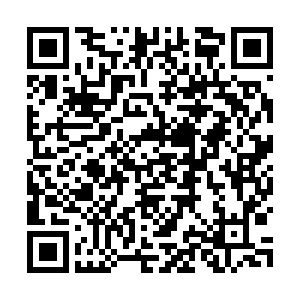 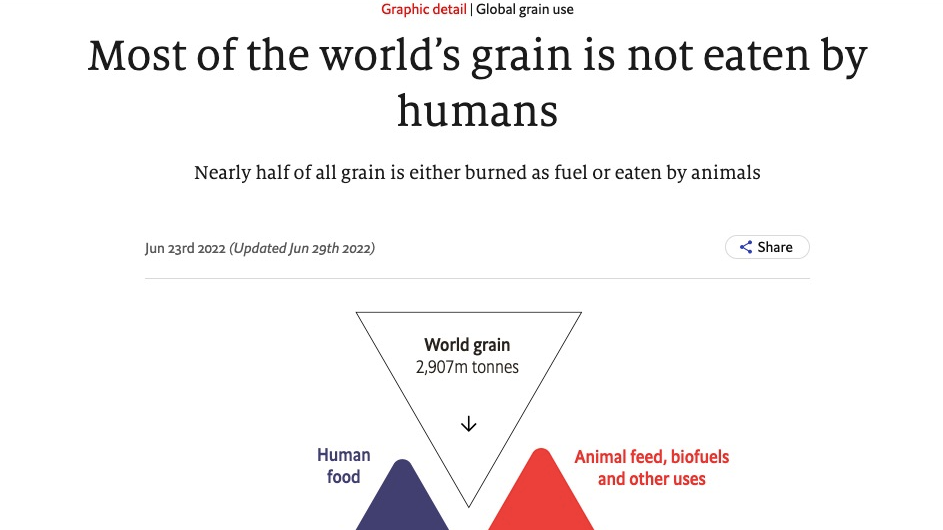 A screenshot of an article in the Economist about the food crisis as a result of the conflict in Ukraine, June 30, 2022. /The Economist

A screenshot of an article in the Economist about the food crisis as a result of the conflict in Ukraine, June 30, 2022. /The Economist

The Economist magazine purports to hold inclusivity as part of its mission statement: "We value diversity in thought and background and encourage healthy debate with a breadth of perspectives; we treat our colleagues and customers fairly and respectfully." This week, an article published in the Economist treats us Chinese people neither fairly nor respectfully. The debate, if any, is anything but healthy. On the contrary, it represents grotesquely disgusting hate speech that is thinly veiled behind poorly exercised humor.

The article is about the food crisis the conflict in Ukraine has generated. It has nothing to do with China. The article tries to make a point about a big percentage of the world's grain production goes to livestock as fodder and for some other industrial applications. Yet, it perpetrates a cheap stab at Chinese people based on a monstrous racially discriminatory argument. Here is what is written in one paragraph:

"… Instead, the extra grain was put to other uses. Nearly one-tenth was converted into biofuel, which is used mainly to power cars. But the lion's share went to animals. In 2019 pigs ate 431m tonnes of grain, 45% more than the people of China did, according to our calculations."

The Economist then put out a tweet with a figure making that point, highlighted with the essentially same sentence where the amount of grain eaten by pigs is compared to that consumed by the people of China.

That might indeed be a factual statement, but the underlying tone and the implicit dehumanizing message cannot be more patent. All life on earth lives on energy coming from the photosynthesis process that transforms sunlight and carbon dioxide into oxygen and sugars. There is nothing wrong to say that plants, animals and we human beings ultimately share the same food source. Yet it is damn wrong to equate certain animals, pig in this case, with people. European colonists used to call Africans apes and monkeys. This sentence at issue is essentially calling us Chinese pigs. 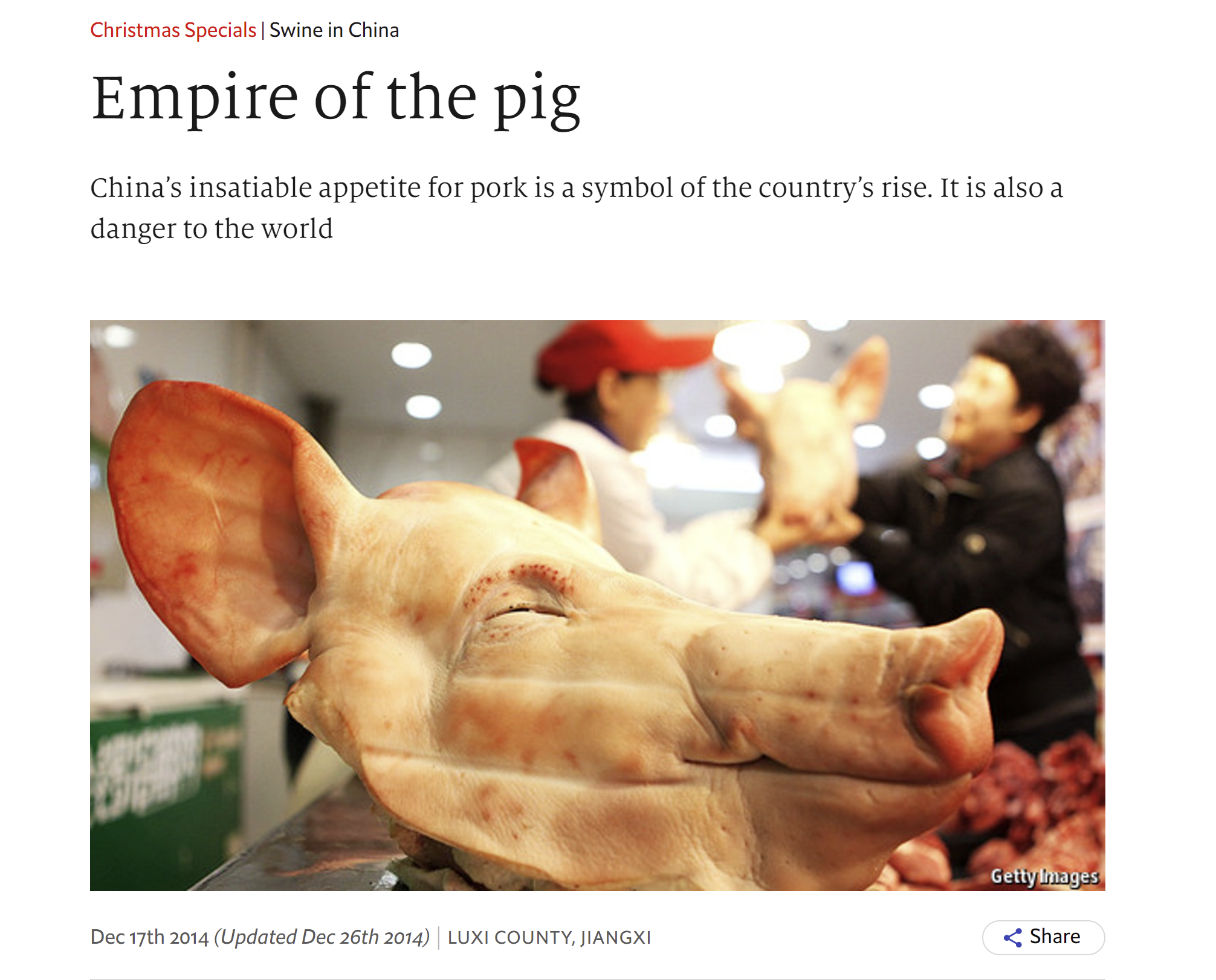 A screenshot of a 2014 article in the Economist about China's pork consumption, June 30, 2022. /The Economist

A screenshot of a 2014 article in the Economist about China's pork consumption, June 30, 2022. /The Economist

Yes, we Chinese eat a lot of pork. Brits eat a lot of beef. How about replacing the word "pig" in that sentence with "cow," "China" with "Britain," and do the calculation? In fact, in light of former President of France Jacques Chirac's famous joke about Britain's contribution to European agriculture, may I suggest further to use the word "mad cow"?

Such animal metaphors are highly objectionable because these comparisons are outright dehumanizing. When people imply others as apes, monkeys, or pigs in this case, they are sending the message that these people are subhuman.

And this is not going to be tolerated in this country that is one of the only few surviving ancient civilizations. The Economist probably has known about what kind of mess it is getting into, and has since quickly revised the article and the tweet. But the act has been committed and the damage is done. The Economist should be held accountable for what it did. The anonymous author (the Economist's rule of article authorship) should come out with a deep apology, and so should its editorial team for its poor judgment.

And here is a precedent that is interesting in this context. In 2004, the Economist published an article that alleged Lee Hsien Loong, Prime Minister of Singapore at the time, was instrumental in the appointment of his wife, Ho Ching, as an executive director of the country's investment agency Temasek Holdings. The Singaporean government's lawyers sent a letter to the Economist, essentially telling it its legal right in Singapore. The Economist made a formal apology and paid 124,000 pounds in damages to Prime Minister Lee.