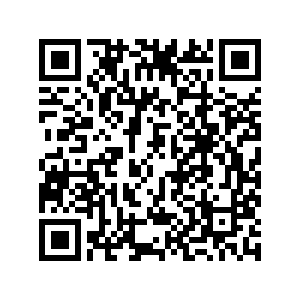 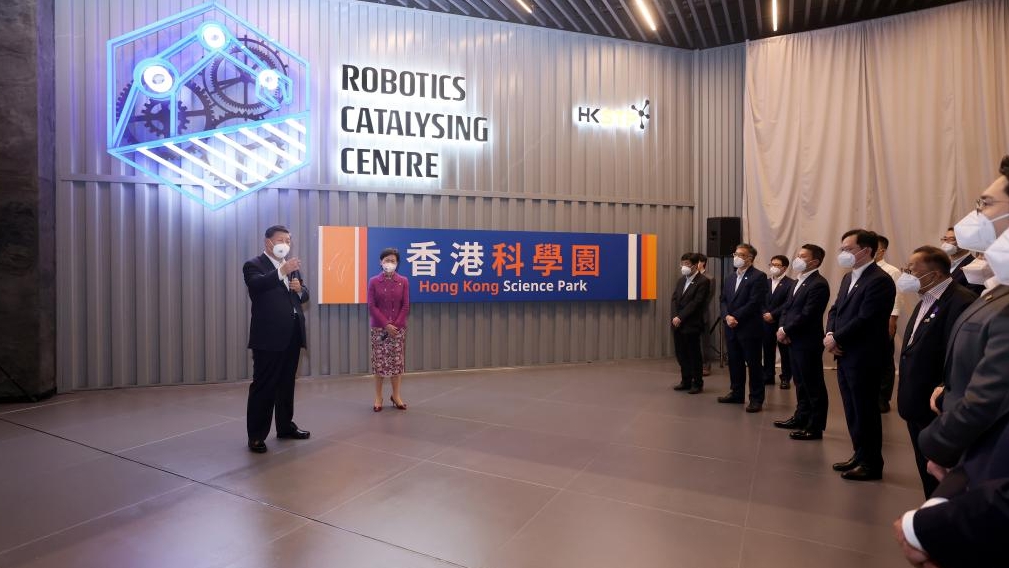 Thanks to the support of the central government, Hong Kong has leveraged its own advantages to make remarkable achievements in basic research, talent cultivation, and development in the innovation and technology sector in recent years, President Xi Jinping said Thursday.

The president arrived in Hong Kong Thursday afternoon to attend a meeting celebrating the 25th anniversary of Hong Kong's return to the motherland and the inauguration ceremony of the sixth-term government of the HKSAR on July 1.

The science park, the largest research and development and business incubation base in Hong Kong, houses more than 1,100 enterprises and 17,000 innovators.

The HKSAR government should give full play to the role of technological innovation in supporting and leading economic development, Xi said. 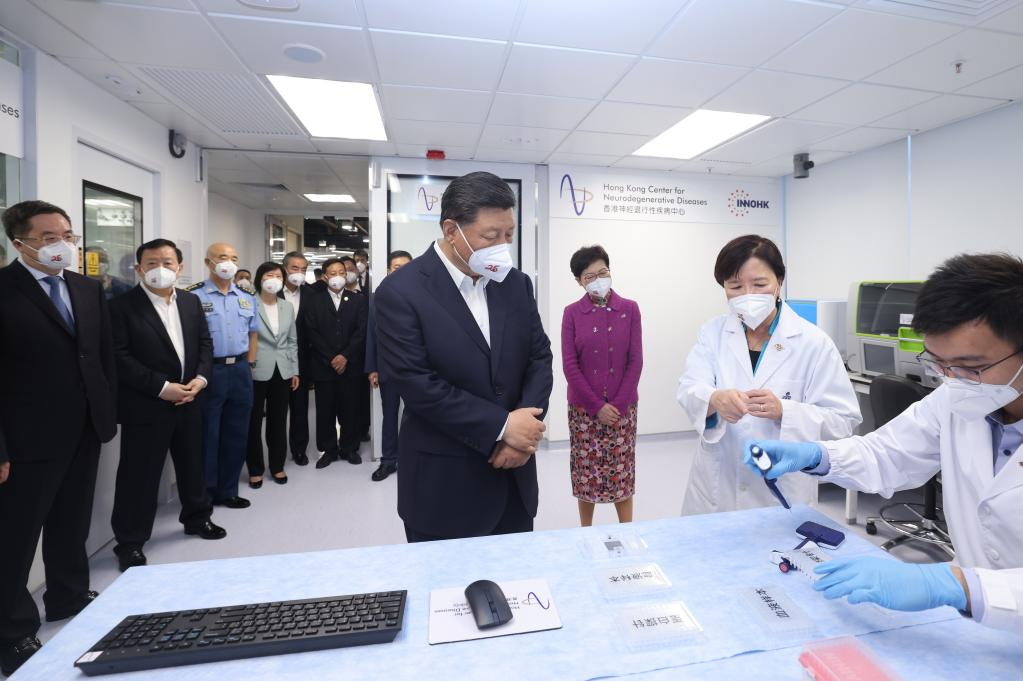 During a visit to the Hong Kong Center for Neurodegenerative Diseases in the park, Xi learned about the progress in diagnosing and treating Alzheimer's disease and encouraged researchers to make more world-leading achievements.

During his talk with academicians, researchers and youth representatives of innovation enterprises, Xi called on Hong Kong to better cooperate with mainland cities in the Guangdong-Hong Kong-Macao Greater Bay Area (GBA), strengthen the collaborative development of enterprises, universities and research institutions, and strive to build the GBA into a global highland for scientific and technological innovation.

Xi expressed the hope that the tradition of loving the motherland and Hong Kong will be carried forward and more contributions made to build China into a global leader in science and technology.

Efforts should also be made to pave way for the youths, providing them with more growth space, Xi said.

She watched rehearsals and spoke highly of the performances, calling the show a display of the charm of Chinese culture. Peng also encouraged Hong Kong's younger generation to develop an in-depth understanding of fine traditional Chinese culture and inherit and promote the culture.