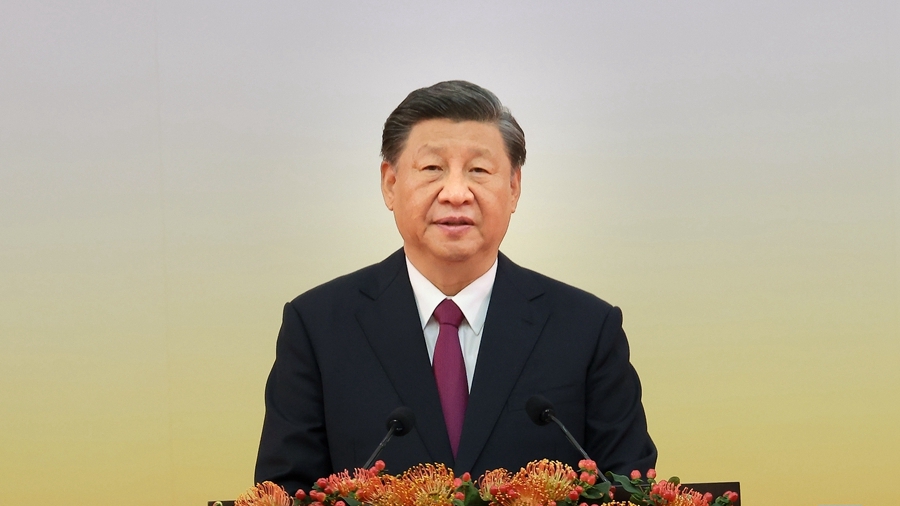 The practice of "One Country, Two Systems" in Hong Kong has achieved accomplishments "recognized worldwide," Chinese President Xi Jinping said on a visit to the Hong Kong Special Administrative Region (HKSAR) on Friday.

Xi made the remarks at a meeting celebrating the 25th anniversary of Hong Kong's return to China and the inaugural ceremony of the sixth-term government of the HKSAR.

Xi said Hong Kong's return opened a new epoch in its history during which it has made irreplaceable contributions to the miracle of long-term, steady and fast economic development of the motherland.

Hong Kong has become an integral part of the country's overall development and actively aligned with national development strategies, the president said. It has continued to maintain the strengths of being highly free and open and compatible with international rules, he added.

Hong Kong has played an important role in advancing the new paradigm of China's opening up on a larger scale, across more areas and in greater depth, he said.

The next five years will be crucial for Hong Kong to achieve breakthroughs, Xi said, calling for joint efforts from the new HKSAR government and all social sectors to improve governance, strengthen growth drivers, address difficulties in people's lives, and safeguard harmony and stability. 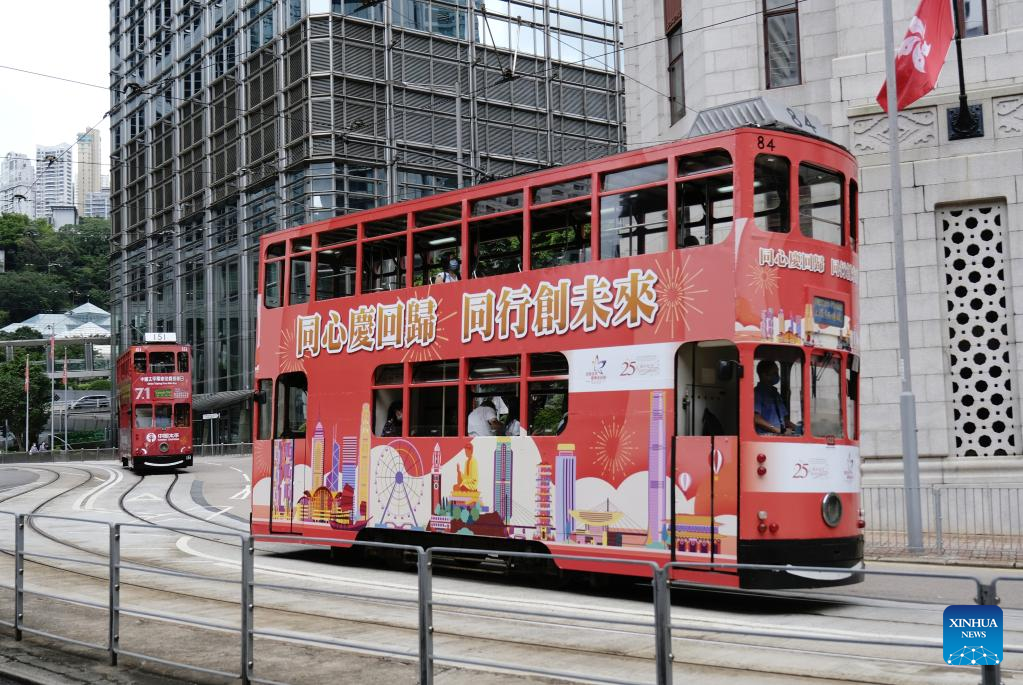 Xi stressed the need to fully and faithfully implement the "One Country, Two Systems" policy.

Upholding national sovereignty together with security and development interests are paramount in the policy, he said. On the basis of this prerequisite, Hong Kong and Macao should maintain their capitalist system over the long run and enjoy a high degree of autonomy, he added.

Calling on Hong Kong to keep strengthening the momentum of development, Xi said the central government fully supports the HKSAR in aligning with national development strategies, developing more extensive and closer exchanges and cooperation with the world, advancing reforms in an active and prudent manner, and fully unleashing the enormous creativity and development vitality of Hong Kong society.

John Lee was sworn in as the sixth-term chief executive of the HKSAR at a ceremony overseen by President Xi.

In his inauguration speech, Lee said Hong Kong has encountered various challenges in the last 25 years, including the global financial crisis, social unrest and the COVID-19 pandemic, but has overcome all of them, thanks to the "resilience and strong will" of the people, as well as unique advantages under the "One Country, Two Systems" policy.

He vowed to adopt a "results-oriented approach" to tackle Hong Kong's long-term issues, such as housing and land supply, whilst bolstering the city's overall competitiveness in its traditional role as a global financial hub and as an emerging center for innovation and technology, as well as arts and cultural exchange.