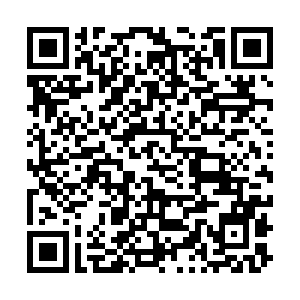 Toyota Motor on Friday unveiled its first mass market hybrid car for India, a sport utility vehicle (SUV), leading the way for the Japanese automaker in one of the world's fastest growing car markets.

The Urban Cruiser Hyryder SUV, the first car to be built by Toyota as part of a global alliance with Suzuki Motor, will compete with Hyundai Motor and Kia Motor in a segment that accounts for a large portion of auto sales in India.

The new model will be an "ultimate game changer" for the company in India's electrified auto space, said Vikram Kirloskar, vice chairman of local unit Toyota Kirloskar Motor, at a launch event in New Delhi.

It also reinforces Toyota's decision to take the hybrid route in developing markets like India, where it says infrastructure is not ready for battery electric vehicles (BEVs) and much of the electricity is generated using coal or other fossil fuels.

While green investors have criticized the carmaker for slowness in moving its product line-up to all-electric vehicles, Toyota remains steadfast that hybrids make more sense in markets where it needs to offer a variety of choices depending on the energy mix and local needs.

India wants carmakers to build more electric models but the uptake for such vehicles so far has been slow, and only Tata Motors builds them locally. India's biggest carmaker, Maruti Suzuki, has said it will not launch an all-electric vehicle before 2025.

In India, Toyota offers a strong hybrid powertrain in its premium models like the Camry sedan and the Vellfire. This is the first time it will offer the technology in a mass segment car where only gasoline and diesel models are currently sold.

The new SUV is expected to be 40 to 50 percent more fuel efficient than a comparable gasoline-powered car and reduce carbon emissions by 30 percent, Toyota said. About 90 percent of the car's parts are sourced from local suppliers - a move that will help it price the car competitively when it goes on sale later this year.

Toyota's bigger challenge on pricing, however, will come due to the high taxes that the Indian government levies on hybrid cars of between 28 percent and 43 percent versus five percent on all-electric cars.

The SUV, to be manufactured at a Toyota plant in southern Karnataka state, will be sold in India and other global markets including Africa. Suzuki will also take the SUV from Toyota's operation in southern India and sell it under its own label.