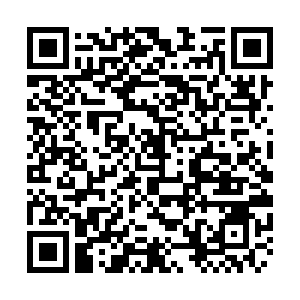 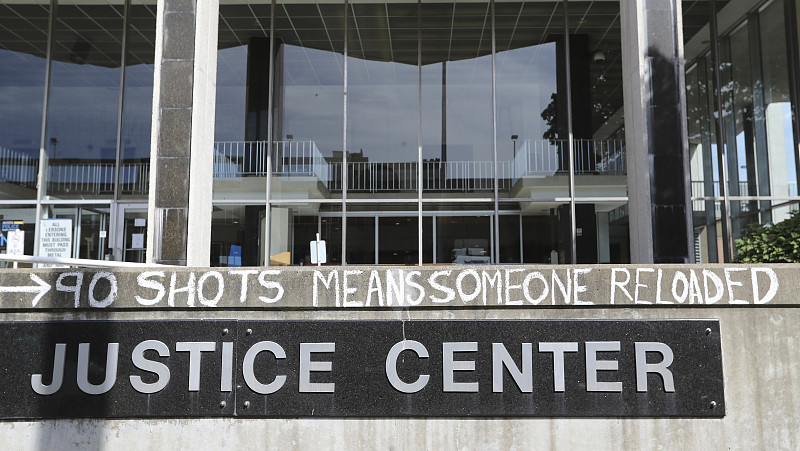 Police killed Jayland Walker, a Black man in Ohio, by shooting him dozens of times as he ran from officers following a traffic stop, a lawyer for his family said, citing a review of police body-worn camera footage due to be made public on Sunday.

In comments published on Saturday by the Akron Beacon Journal, attorney Bobby DiCello described the video as "brutal," and said Walker's relatives worried that protests this weekend could turn violent.

The shooting was the latest in a spate of killings of Black men by law enforcement in the United States that critics say are unjustified, including the 2020 murder of George Floyd in Minneapolis that ignited global protests against police brutality and racial injustice.

"We're all bracing for the community's response, and the one message that we have is the family does not need any more violence," DiCello said.

Akron police have said Walker, 25, fired a gun at officers who were pursuing him. They plan to release their body camera footage following a news conference on Sunday, hours before a protest march is scheduled.

"Protest is a way of crying," Rodderick Pounds Sr., pastor of the Second Baptist Church in Akron, said during a prayer rally there on Saturday after he was permitted to see the video before it is made public.

Pounds declined to describe in detail "the graphic video the world is about to see," but he called the footage "shocking," saying it showed Walker posed no threat when he was shot down in a manner the pastor likened to a "massacre." 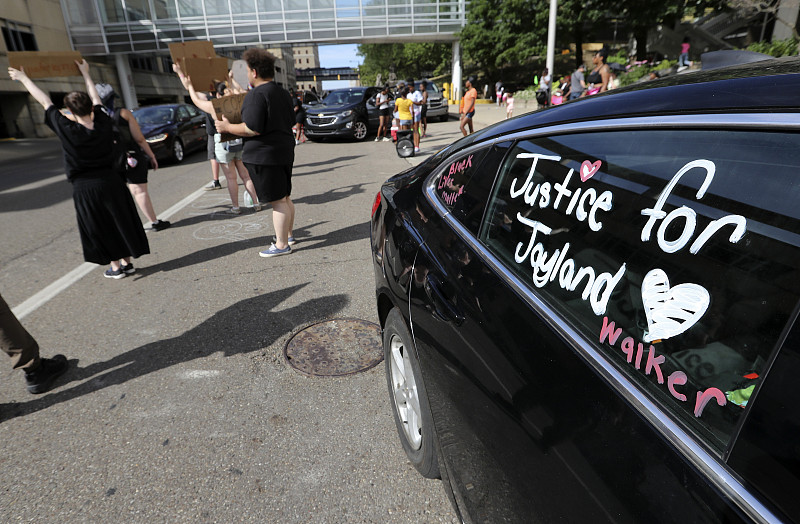 Officials have said the deadly confrontation began when officers tried to stop Walker for a traffic violation while he was driving early Monday morning. Walker fled, according to the Akron Police Department, which said officers reported a gun being fired from Walker's vehicle.

After several minutes Walker exited his vehicle and ran, while officers chased him on foot and fired at him, saying he presented a "deadly threat," the police department said in a statement on Tuesday.

Walker was pronounced dead in the parking lot where he fell. Police representatives did not immediately respond to requests for comment on Saturday.

DiCello said his team has not seen any evidence Walker fired a weapon and that police body-camera footage showed him running with his back to officers when they gunned him down.

"He is just in a down sprint when he is dropped by I think the count is more than 90 shots," DiCello told the Beacon Journal. "Now how many of those land, according to our investigation right now, we're getting details that suggest 60 to 80 wounds."

It was not clear how many bullets struck Walker because bullets can cause wounds both entering and exiting the body, DiCello said.

Television station WJW-TV said a preliminary report from the medical examiner's office found Walker sustained multiple gunshot wounds to his head, torso and legs, and that a weapon was recovered from a car by Ohio's Bureau of Criminal Investigation, though it did not specify which car.

Pounds told WEWS that Walker "did not have a weapon when he was shot. It was in his car."

Compounding the tragedy, according to the Beacon Journal, Walker's fiancé had died in a car accident last month, though WJW cited attorneys for his family as saying Walker had no intention of harming himself or others when he was killed.

The officers involved in the shooting have been placed on administrative leave during an investigation, the department's statement said.