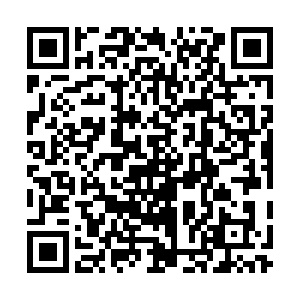 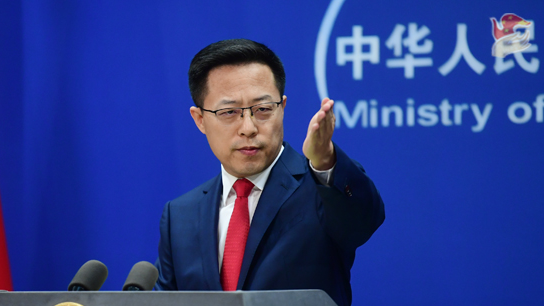 Zhao's remarks came after Nelson, in an interview with German newspaper Bild published on Saturday, said that "We have to be very concerned about China landing on the moon and saying: It's ours now, and you stay out."

"As head of U.S. National Aeronautics and Space Administration, he should be well aware of the dark history of the U.S. space program," he said, adding that the United States has played a negative role in creating space junk, provoking an arms race in outer space and undermining global strategic stability.

The actions of the United States pose a "great threat" to the peaceful uses of outer space, Zhao said.

Noting that China's exploration of outer space is to meet the country's legitimate economic, social, scientific, technological and security needs, the Chinese spokesperson underlined that the country always advocates the peaceful use of outer space, and opposes weaponization and arms race in outer space.

The development of China's space industry is achieved entirely through independence and self-reliance and its rights and interests and achievements allow no questioning or smearing, Zhao stressed.

China has long been promoting international cooperation in space science, according to the China National Space Administration (CNSA).

The country brought back 1,731 grams of lunar samples in December 2020 and has invited foreign scientists to jointly research the samples to unravel more of the moon's mysteries, according to the CNSA.

The country has also been doing space-science popularization activities from its new space station.

The Shenzhou-13 astronauts, who lived and worked in the space station from September 2021 to April this year, gave two live lectures to global viewers on Earth from space. They showcased the inside facilities of the space station and conducted scientific experiments in microgravity conditions.

The country also plans to have foreign astronauts aboard its space station after it is completed and can operate stably and safely, according to Zhou Jianping, the chief designer of China's manned space program.