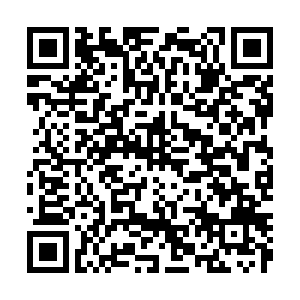 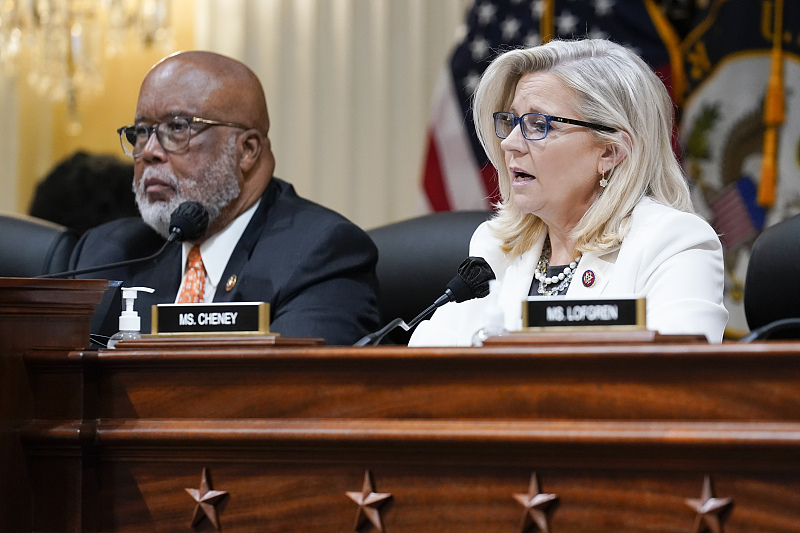 Vice Chair Liz Cheney (R) speaks as the House select committee investigating the January 6 attack on the U.S. Capitol continues to reveal its findings of a year-long investigation, at the Capitol in Washington, D.C., U.S., June 23, 2022. /CFP

Vice Chair Liz Cheney (R) speaks as the House select committee investigating the January 6 attack on the U.S. Capitol continues to reveal its findings of a year-long investigation, at the Capitol in Washington, D.C., U.S., June 23, 2022. /CFP

Cheney, in an interview aired on Sunday on ABC's "This Week" program, also said the department does not need to wait for the House of Representatives select committee to make a formal recommendation of charges to take action against Trump.

Asked whether the committee's hearings have demonstrated that Trump needs to be prosecuted, Cheney said, "Ultimately, the Justice Department will decide that."

Cheney, one of two Republicans on the Democratic-led panel, said that "we'll make a decision as a committee" about whether to make a formal criminal referral to the Justice Department recommending charges against Trump.

Criminal charges have never been brought against a sitting or former U.S. president.

Cheney has criticized Trump's conduct before, during and after the January 6, 2021, attack on the Capitol by his supporters in their failed bid to prevent Congress from certifying Biden's 2020 election victory, including an incendiary speech immediately preceding the riot.

Trump has denied responsibility for the Capitol attack.

Cassidy Hutchinson, a former top aide to Trump's then-White House Chief of Staff Mark Meadows, delivered bombshell testimony to the panel last week about Trump's conduct on the day of the riot.

Hutchinson testified that Trump tried to grab the steering wheel of his presidential limousine when his security detail declined to take him to the Capitol to join his supporters. She also said Trump dismissed concerns that some supporters gathered for his speech before the riot carried AR-15-style rifles, instead asking security to stop screening attendees with metal-detecting magnetometers so the crowd would look larger.

"Every day, we get new people that come forward," Adam Kinzinger, the other Republican on the panel, told CNN, adding: "There will be way more information, and stay tuned."

At least two more hearings are scheduled this month that aim to show how Trump illegally directed a violent riot toward the Capitol on January 6, and then failed to take quick action to stop the attack once it began.