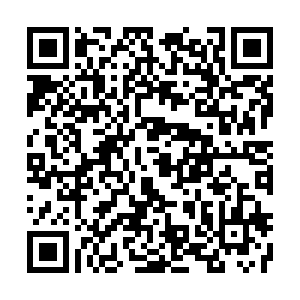 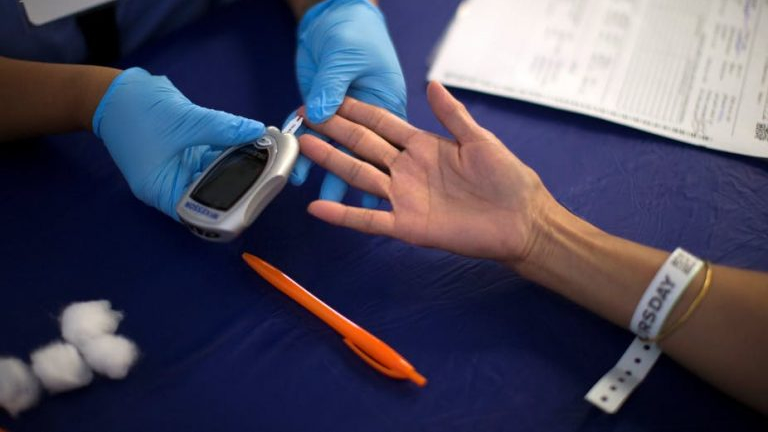 Editor's note: Stephen Ogweno is Founder and CEO of Stowelink Inc., and recently launched a mobile app, NCDs 365, to provide information about noncommunicable diseases. The article reflects the author's opinions and not necessarily the views of CGTN.

Noncommunicable diseases, such as cardiovascular disease, cancer, lung disease, diabetes, obesity, and mental disorders, are often chronic and develop over a long period. Collectively, NCDs account for about 70 percent of all deaths globally (and 60 percent of deaths in Sub-Saharan Africa, where they account for over 55 percent of hospital admissions in countries such as Kenya). Developing countries thus face a double burden of illness, with communicable diseases like malaria, HIV, and tuberculosis still presenting a huge challenge alongside the rising incidence of NCDs.

One might expect that the large and increasing burden of NCDs would lead to more funding and resources being channeled toward addressing them. But the fight is chronically underfunded and remains a low priority compared to efforts to tackle infectious diseases.

There is no global fund for any NCD: In 2019, over 40 percent of NCD development assistance came from private institutions. But efforts to combat communicable diseases, the burden of which has declined significantly over the years, have several dedicated international funding institutions, including the Global Fund, Gavi, the United Nations Population Fund, and the Bill & Melinda Gates Foundation. And although NCDs are the leading cause of death worldwide, they account for less than 10 percent of the global health budget.

One reason for this disparity is the relative lack of evidence-based research into NCDs. Funding agencies with a duty to invest in data-driven strategies have therefore tended to focus elsewhere. Moreover, NCDs are still hugely misunderstood. Many people think that these diseases are caused only by the individual, and ignore all their other social, economic, and structural determinants. Weak grassroots action and poor public framing of the NCD problem has not helped, either.

Perhaps most significantly, NCDs were not part of the Millennium Development Goals and thus missed out on the momentum toward greater health funding in the period from 2000 to 2015. Even now, reducing premature deaths from NCDs is just one of 169 targets under the Sustainable Development Goals (SDG 3.4), making this objective difficult to fund.

With the NCD burden likely to increase further, several urgent steps are needed to bring about a shift in global funding priorities.

The first step is to emphasize the close connections between NCDs and communicable diseases, so that some funds already being channeled to fight communicable diseases can be directed toward addressing these links. For example, many HIV patients have successfully managed their viral loads, and up to 40 percent now die of NCDs like ischemic heart disease and diabetes. Likewise, epidemiological evidence shows that NCDs contribute significantly to tuberculosis deaths. Focusing on only communicable diseases or NCDs without considering the other will result in lower long-term impact.

Second, we must strengthen universal health coverage in order to focus first on the poorest, who are most affected by NCDs. Poor people with NCDs often cannot access medication or afford out-of-pocket costs and palliative care. Only when the poor benefit from universal health coverage can we begin to address the burden of NCDs effectively. Such schemes should also have a comprehensive NCD package that focuses on health promotion and creation as well as covering treatment.

Third, countries should use relevant research and data to develop a financial case for investment at the national level. Funding priorities will vary by country and region. Some will take a disease-specific approach, while others will adopt a more preventive and promotional strategy.

But regardless of the focus, making a solid investment case requires a strong grassroots advocacy movement that holds the government accountable for its commitments. For example, most governments signed the Abuja Declaration according to which public-health expenditure should account for at least 15 percent of the total national budget. Yet, in many countries, especially in Africa, it makes up less than 5 percent.

Fourth, aligning an NCD strategy with a broader national development strategy can enable countries to reap greater benefits from both. By linking infrastructure and built-environment projects to efforts to combat NCDs, we can create public spaces that encourage walking and other physical activities and reduce air pollution. Similarly, by working together with the food industry, we can improve package labeling, eliminate trans fats, and increase taxation of sugars, salts, and unhealthy foods to encourage people to adjust their diets.

Clearly, tackling NCDs calls for a partnership approach. Contrary to the widespread popular belief that NCDs are caused by individual behavior, research continues to demonstrate that the environment and government policies have a huge effect on these diseases as well.

All these suggestions underscore the importance of building robust health-care systems that can deliver the ultimate goal of a strong, healthy society in which NCDs are prevented, managed, and controlled. Once we look at the bigger picture, it becomes clear that reducing the global NCD burden in a sustainable manner is a goal that the world cannot afford to miss.