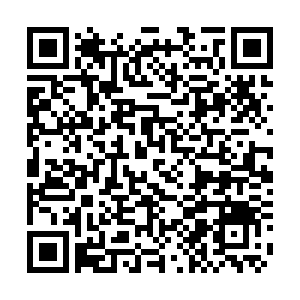 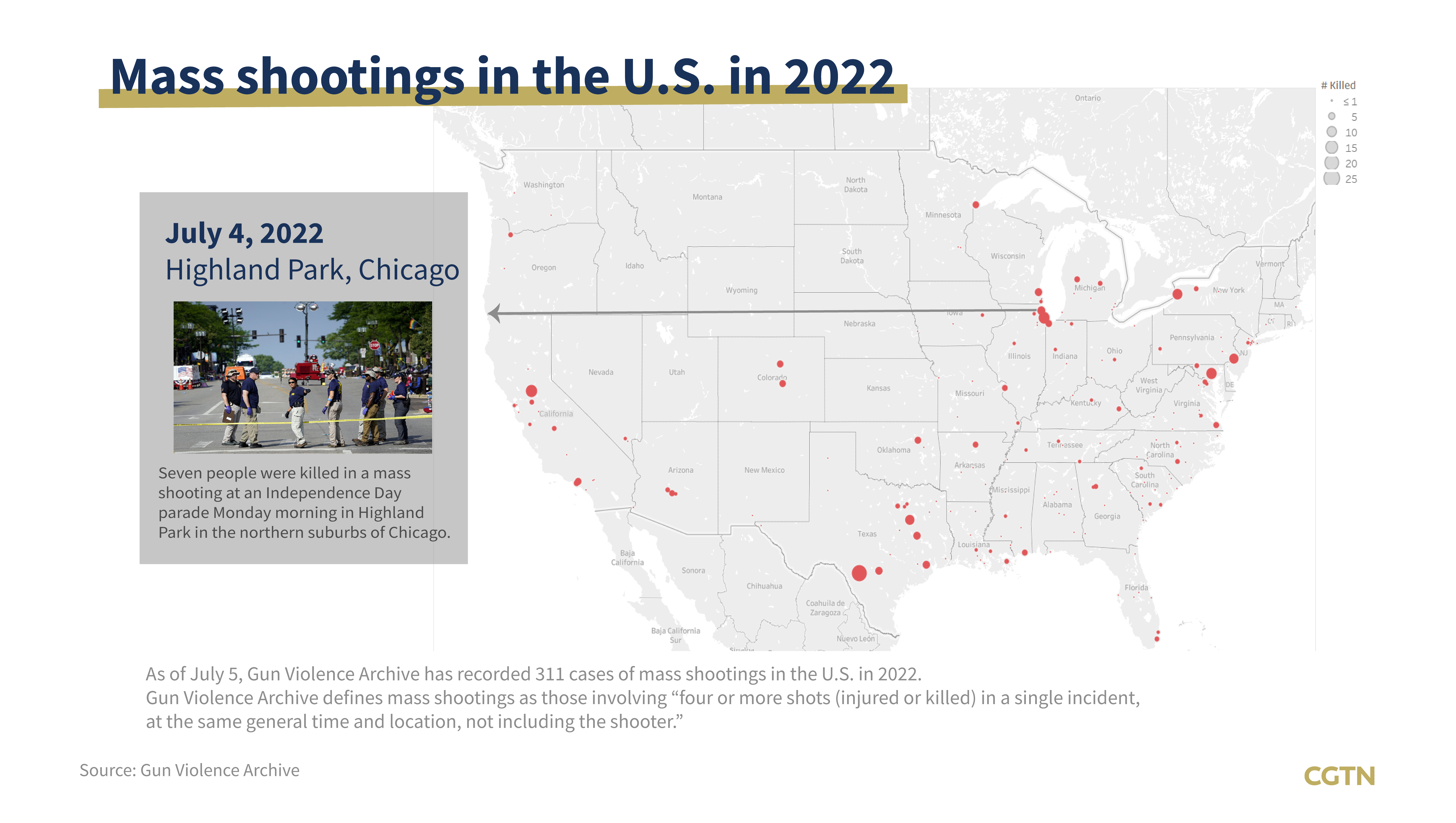 The United States has recorded 311 cases of mass shootings so far this year, and more than 22,300 people died from gun violence, without easing off from the jump in the last two years, according to Gun Violence Archive (GVA), a non-profit organization that tracks gun-related violence in the country.

The latest mass shooting targeting participants of an Independence Day parade in Highland Park, in the northern suburbs of Chicago, on Monday morning has sent a new round of shock waves across the United States.

Not only the death of seven people and injury of at least three dozens, but also the on-going manhunt of the shooter hours after the calamity left many on high alert. 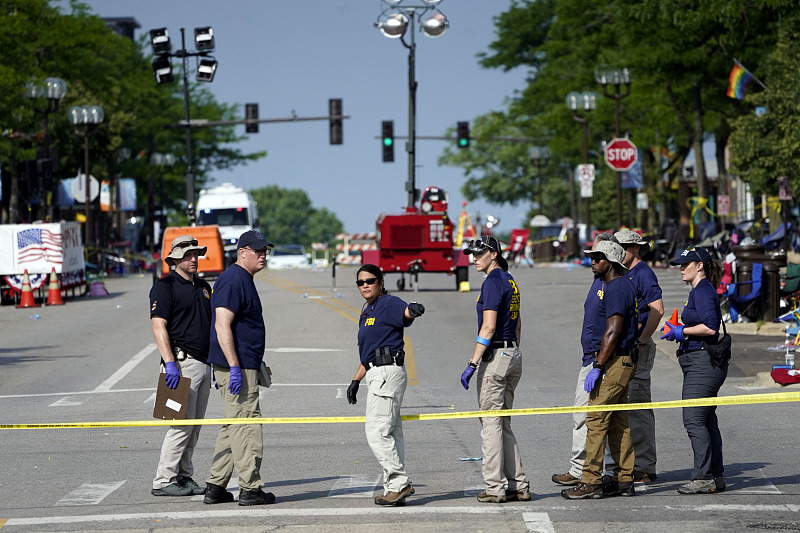 Members of the FBI's evidence response team organize one day after a mass shooting in downtown Highland Park, in the northern suburbs of Chicago, U.S., July 5, 2022. /CFP

Members of the FBI's evidence response team organize one day after a mass shooting in downtown Highland Park, in the northern suburbs of Chicago, U.S., July 5, 2022. /CFP

The carnage on Monday re-focused people's attention on gun violence and gun control in the country and brought back the memories of recent mass shootings in Uvalde, Texas on May 24 that killed 19 schoolchildren and two teachers; another massacre left 10 Black people dead in a grocery store in Buffalo, New York on May 14, and other places.

The news portal Axios reported last month that "firearms" was the second or third most searched topic in 409 of 435 congressional districts in the U.S. during the week when the May 24 mass shooting happened.

Gun violence is a matter of accessibility and abundance of guns and is a public health issue rather than a mental health issue, according to a recent opinion piece by Hank Milius, president and chief executive officer at Meridian Health Services from Indiana.

Illinois Governor JB Pritzker condemned the "monster" and "evil" behind the mass shooting, saying, "We must and we will end this plague of gun violence."