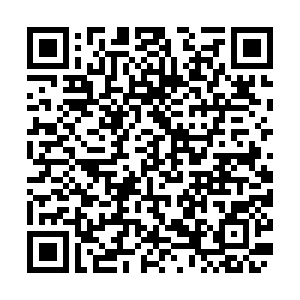 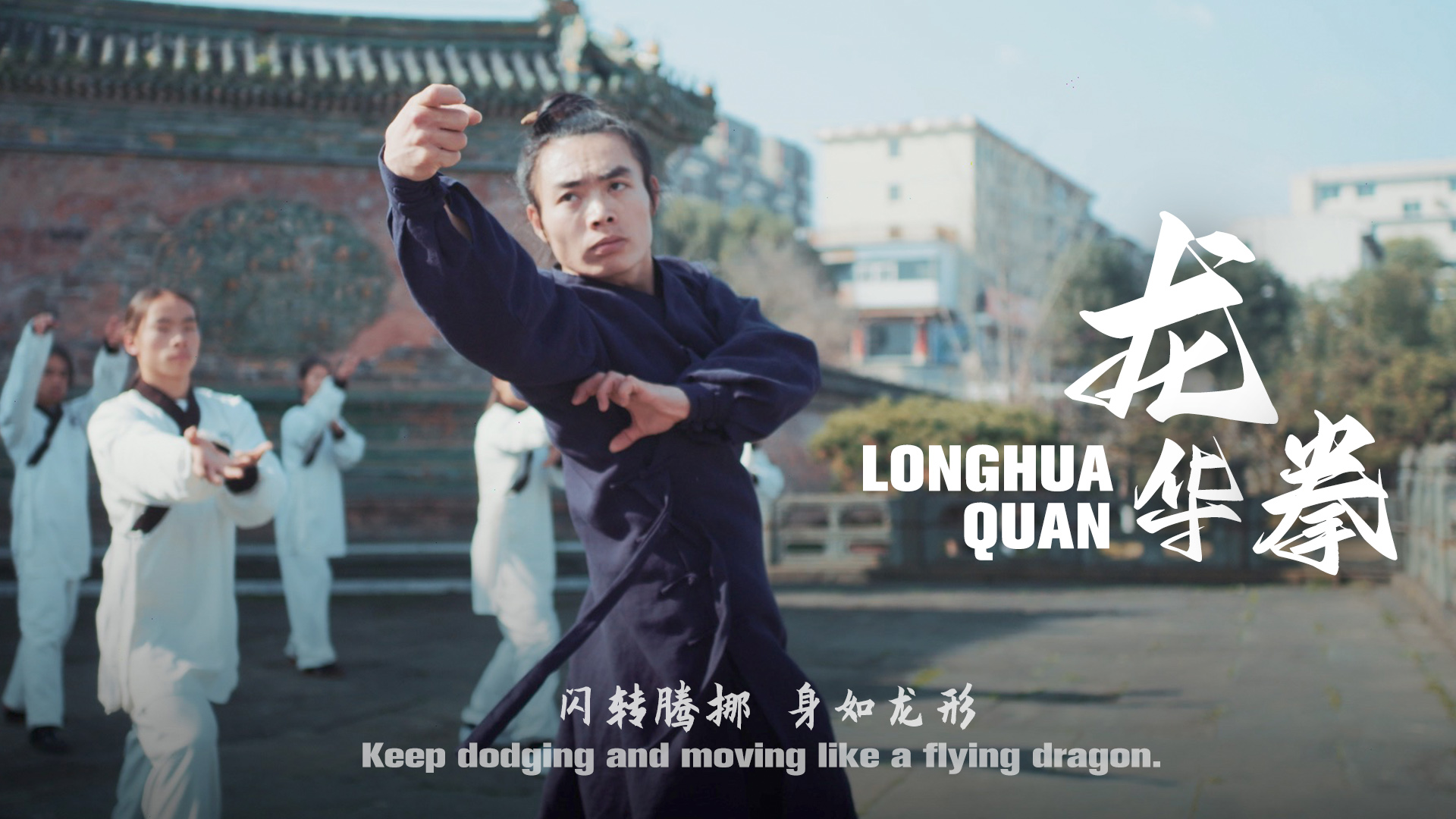 Wudang Longhua Quan, or the Wudan Dragon Form, belongs to the northern tradition of Chinese martial arts. It is a representative technique passed down by Taoist Kuang Changxiu of Taiqing Palace in Laoshan Mountain, which is well-known in the field of China's Taoist Wushu.

The Longhua Quan is a blend of firmness and subtlety, agility and poise. The movements can sometimes be as nimble as a running otter when going into action, and sometimes as still as a fish lurking in motionless waters. Many of its stances fully embody the character and grace of a Chinese dragon. 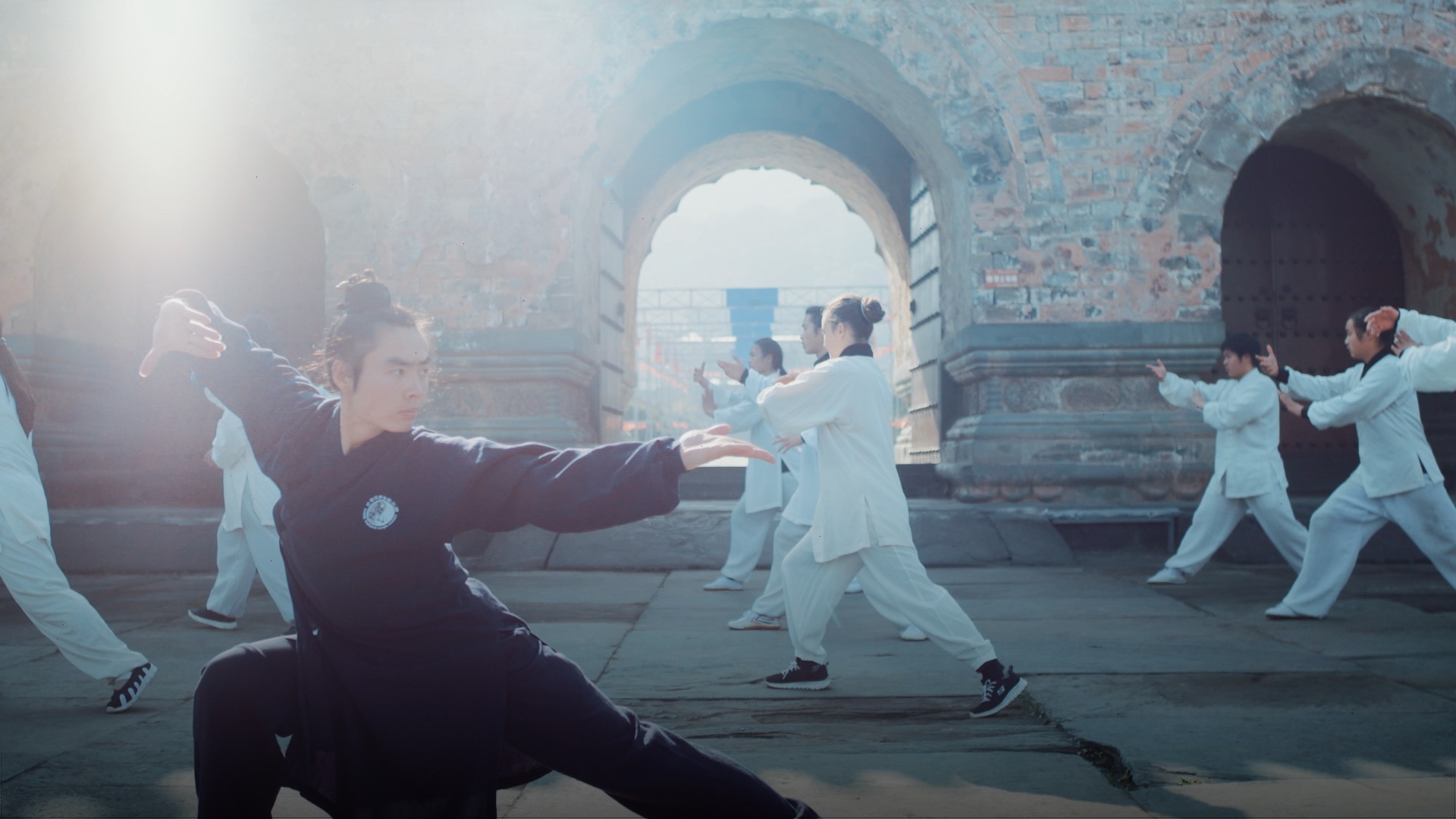 Wudang Longhua Quan is a blend of firmness and subtlety, agility and poise. /CGTN

Wudang Longhua Quan is a blend of firmness and subtlety, agility and poise. /CGTN

Xiao Yun is the head coach of a wushu club at the Wudang Taoist Wushu School. He teaches wushu as part of his daily work. Since childhood, he has regarded Wudang Mountain as a symbol of justice – it is sacred for wushu practitioners. 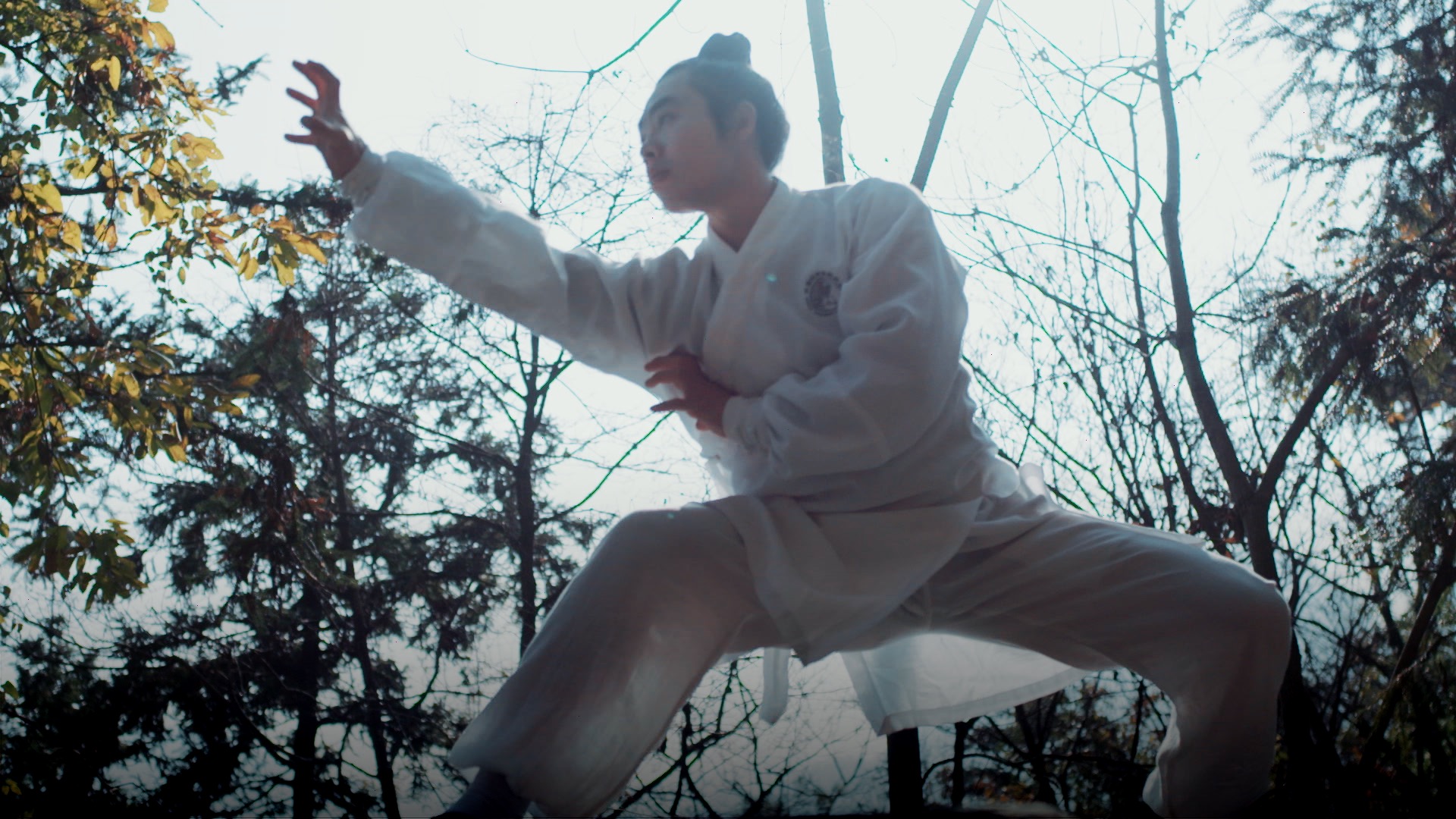 Moreover, the Wudang Longhua Quan is pretty pictographic. Its movements are mainly characterized by the use of hands and feet, with the upper, middle and lower segments, left and right, presenting a three-dimensional attack. 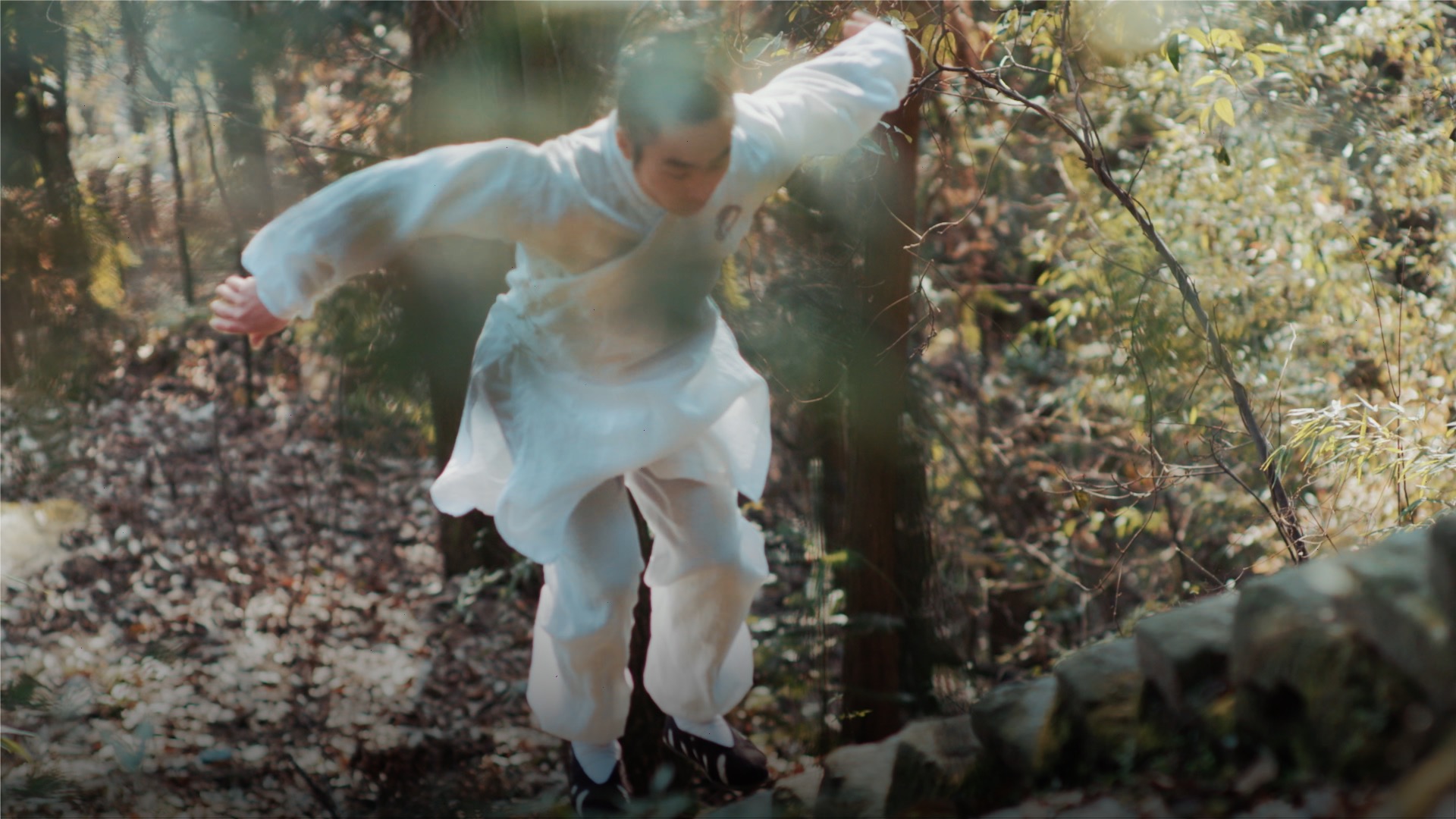 To build leg strength, Xiao usually does stair jumps. Using a thick rope hanging from a tree, he strengthens grip and fingers as well as his waist and abdomen. To practice the Dragon Paws, he grabs bags full of beans weighing 10 to 15 kilograms. The gripping power develops from grabbing the beans. 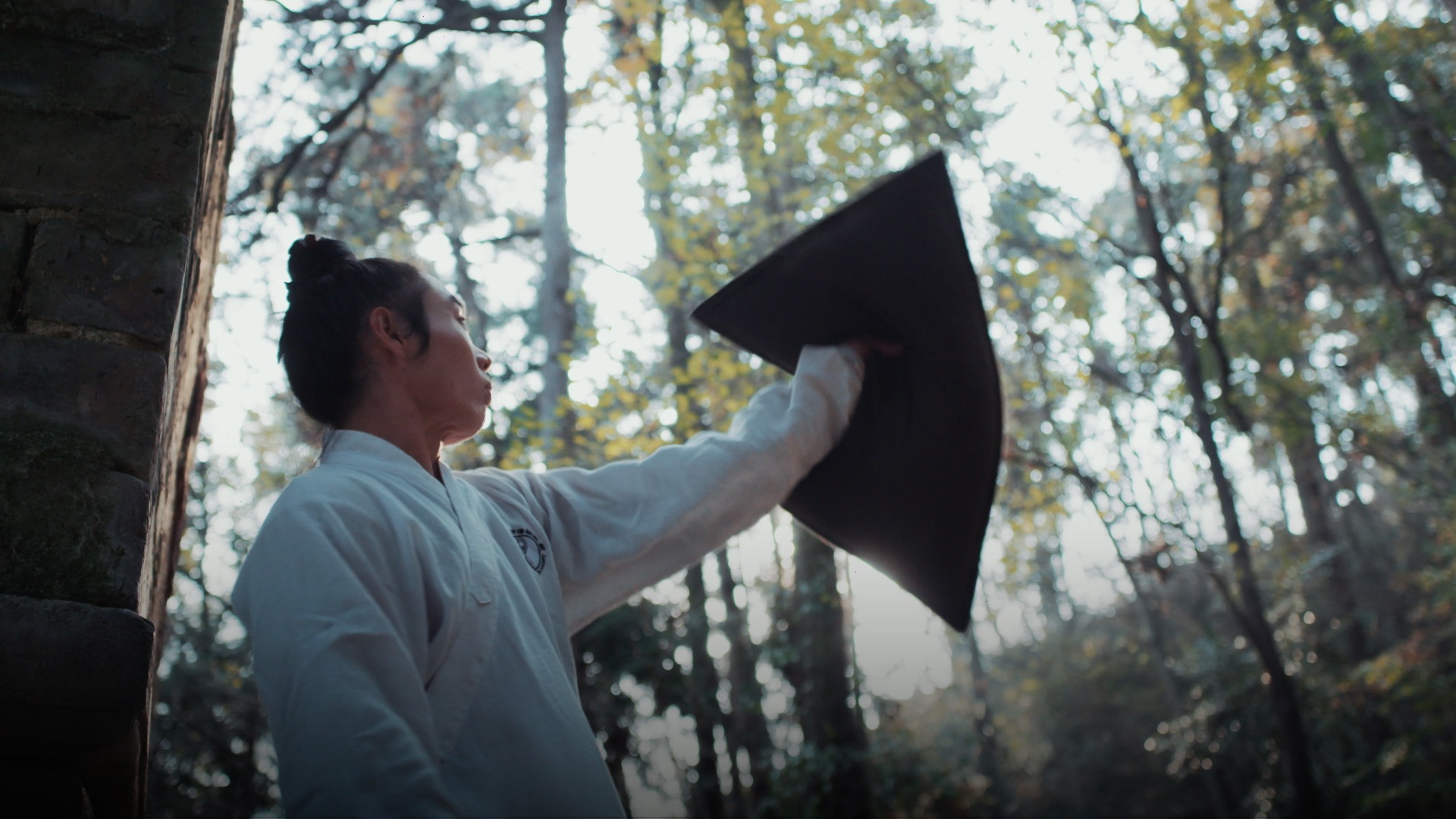 Wushu is a treasure of traditional Chinese culture. It requires a combination of traditional culture and modern science and technology. The Wudang Wushu system continues to thrive because the masters never stopped learning from the world, giving the form a global appeal.

Wushu has a global appeal. /CGTN

Wushu has a global appeal. /CGTN

In daily life, Xiao often organizes students to watch movies that they like. Sometimes he would imagine that, like a swordsman in the movie, he would explore the world with his musical instrument, his sword and his beloved.

"At the end of the day, however, it's a movie. We all have a real life. To live it safely and peacefully is always more important," Xiao said.