Download
Emei Quan: Flexibility and smoothness are the keys
CGTN 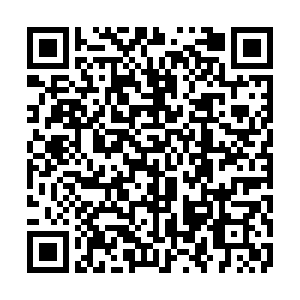 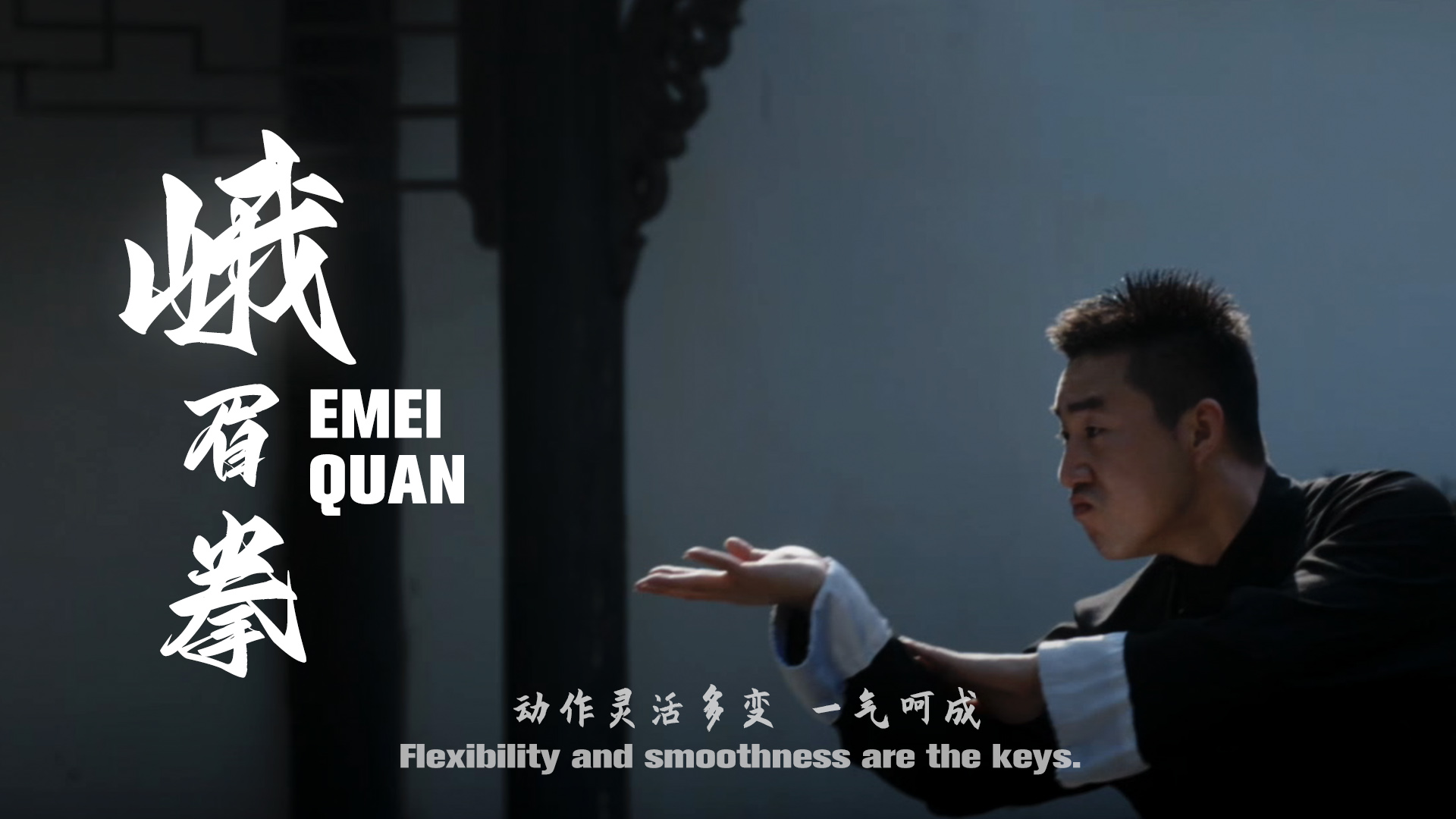 The martial art mainly involves close-quarter combat. It starts from the feet, elevates to the waist and involves explosive movement with the hands. For Emei Quan, flexibility and smoothness are the keys. 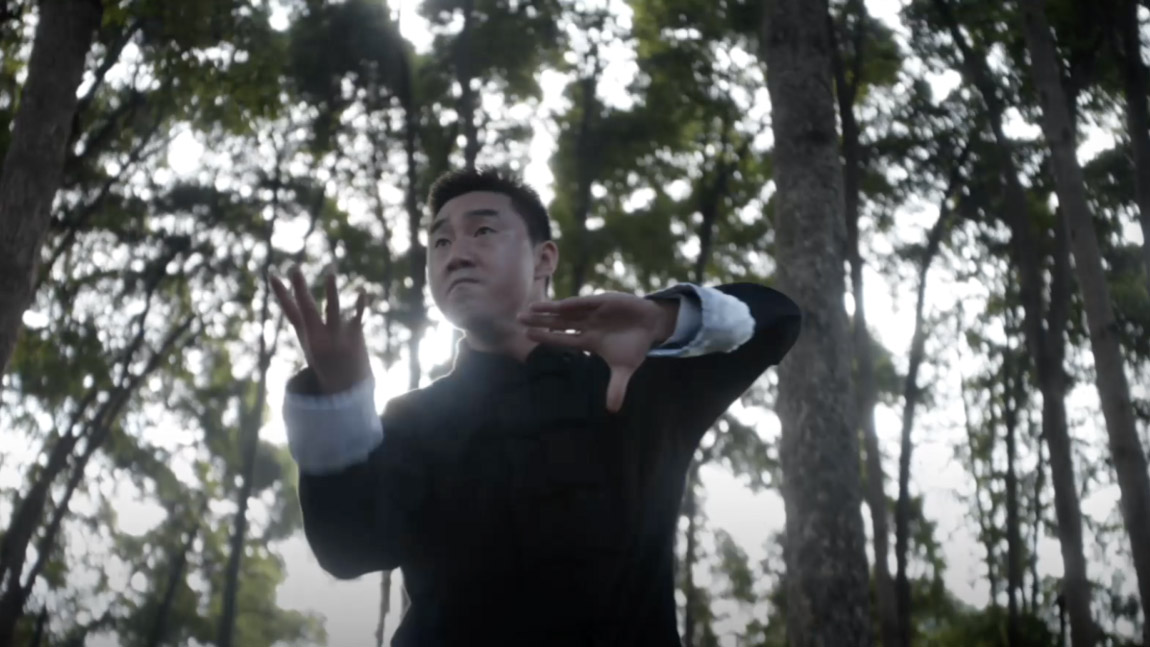 The characteristics of Emei Quan start at the feet, elevate to the waist and involve explosive movements with the hands. /CGTN

The characteristics of Emei Quan start at the feet, elevate to the waist and involve explosive movements with the hands. /CGTN

Li Fukui has been practicing wushu since 1997. He went to Sichuan Province and joined a professional team in 2000, then retired in 2017 and became the head coach of Sichuan Provincial Youth Academy. In 2019, he won gold at the World Traditional Wushu Championship. 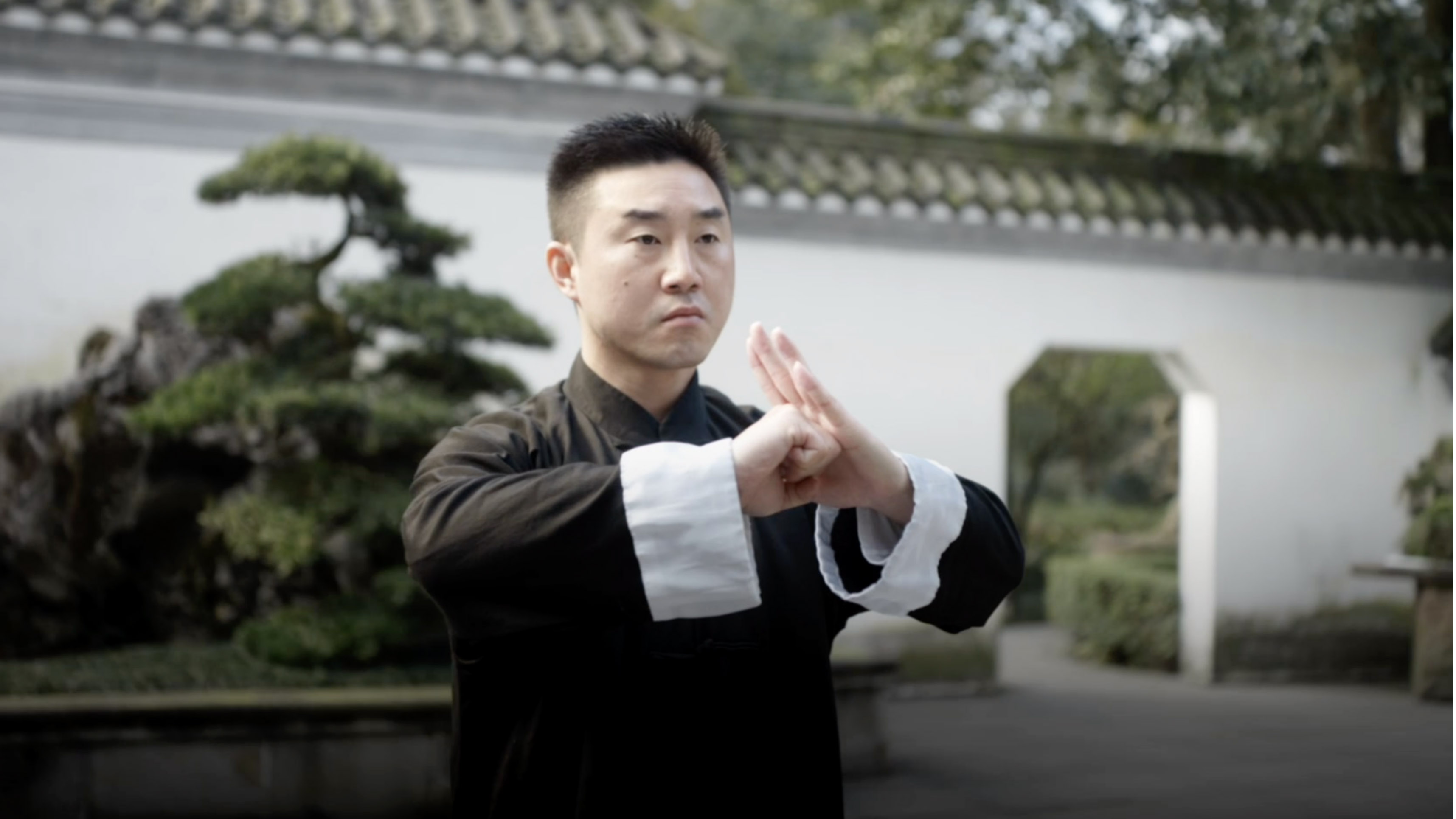 As a beginner, Li faced one difficulty after another. "When I started practicing it, I could hardly coordinate the movements and the footwork, and I found it hard to control my strength," he said. In order to improve his Emei Quan skill, Li frequently reached out to his teacher and asked for changes to his moves: "Adjust every footwork, every fist, and the position to hit, including some friction and shaking. Practice after practice." 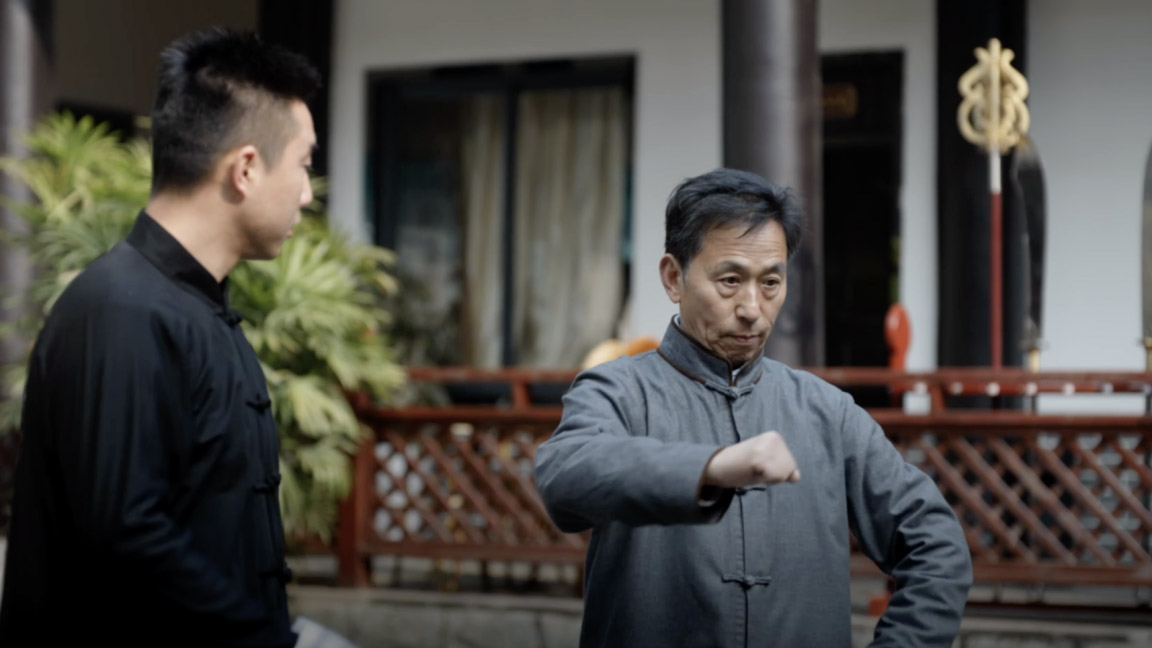 Learning from his master. /CGTN

Learning from his master. /CGTN

To help strengthen his legs and improve his agility, Li often runs with sand bags. "If your footwork is not stable, the fist will not be powerful. You have to practice long enough to achieve the effect," he said. He uses dumbbells to improve his lumbar and abdominal strength. The process of twisting the waist enhances strength and flexibility. Using gym equipment to improve shoulder and forearm strength is also indispensable in his coordinated training regimen from heel to waist to arms. 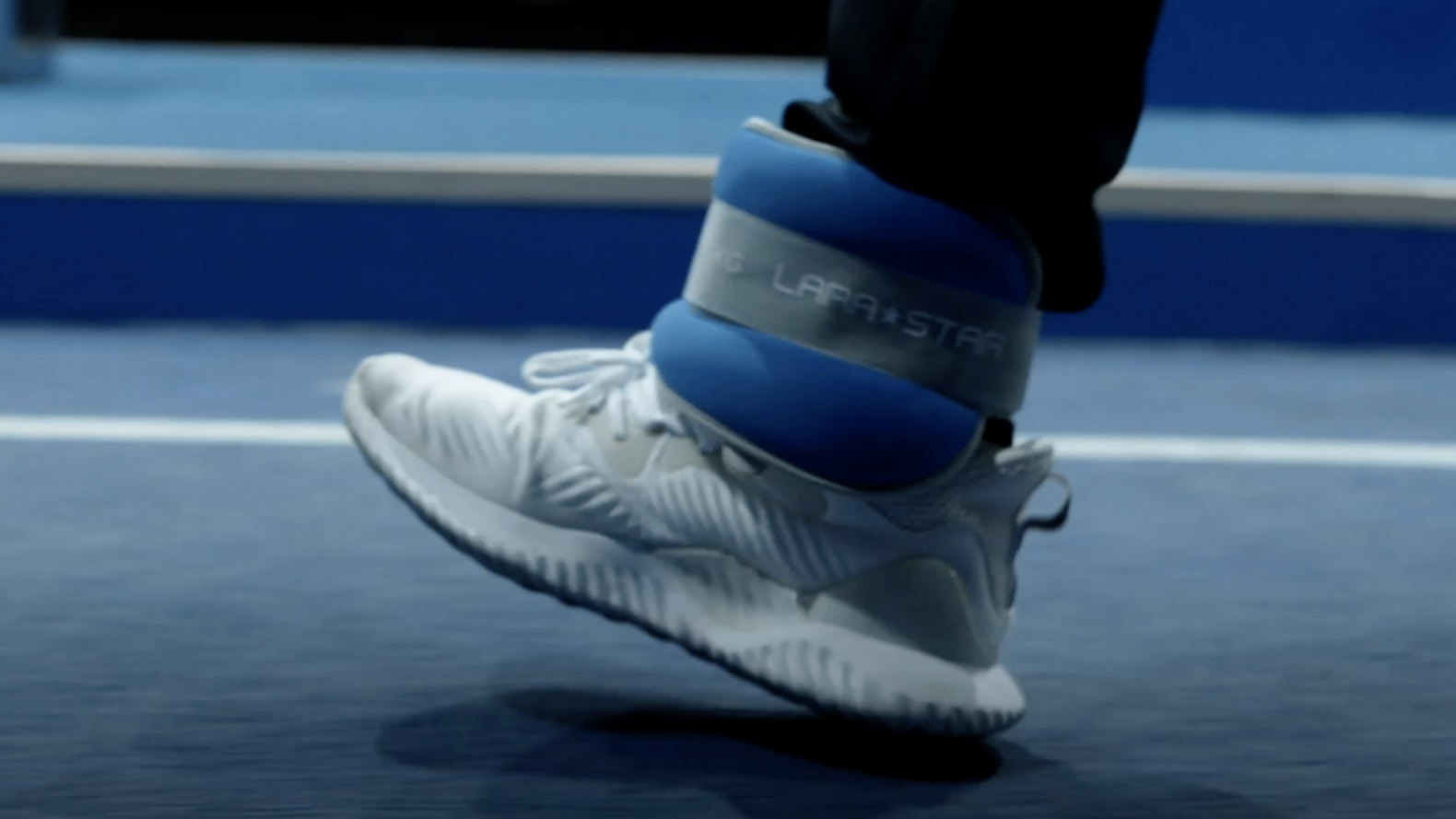 Li coaches a group of students aged between 13 and 16 who mainly practice fundamentals and footwork. He also counsels them about their health and diet. "I still want to pass wushu on to my students and encourage them to be better in practicing the Sichuan Emei Quan," he told CGTN. 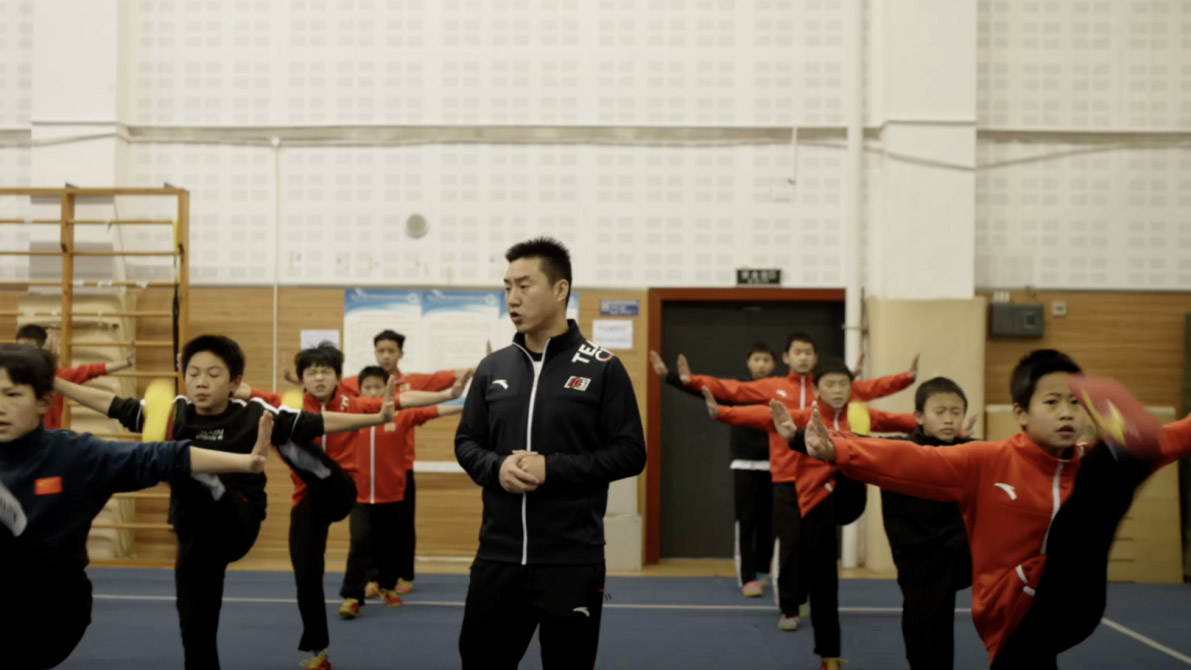 "Wushu has brought me so much. It's not just body movement or footwork or a style. Rome wasn't built in a day. Practicing wushu requires time to accumulate and practice continuously."

Li prods himself to improve step by step in wushu, and the same goes for his work. "I want to do it well, gradually, because wushu has become an indispensable part of my life."