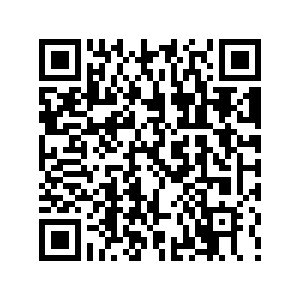 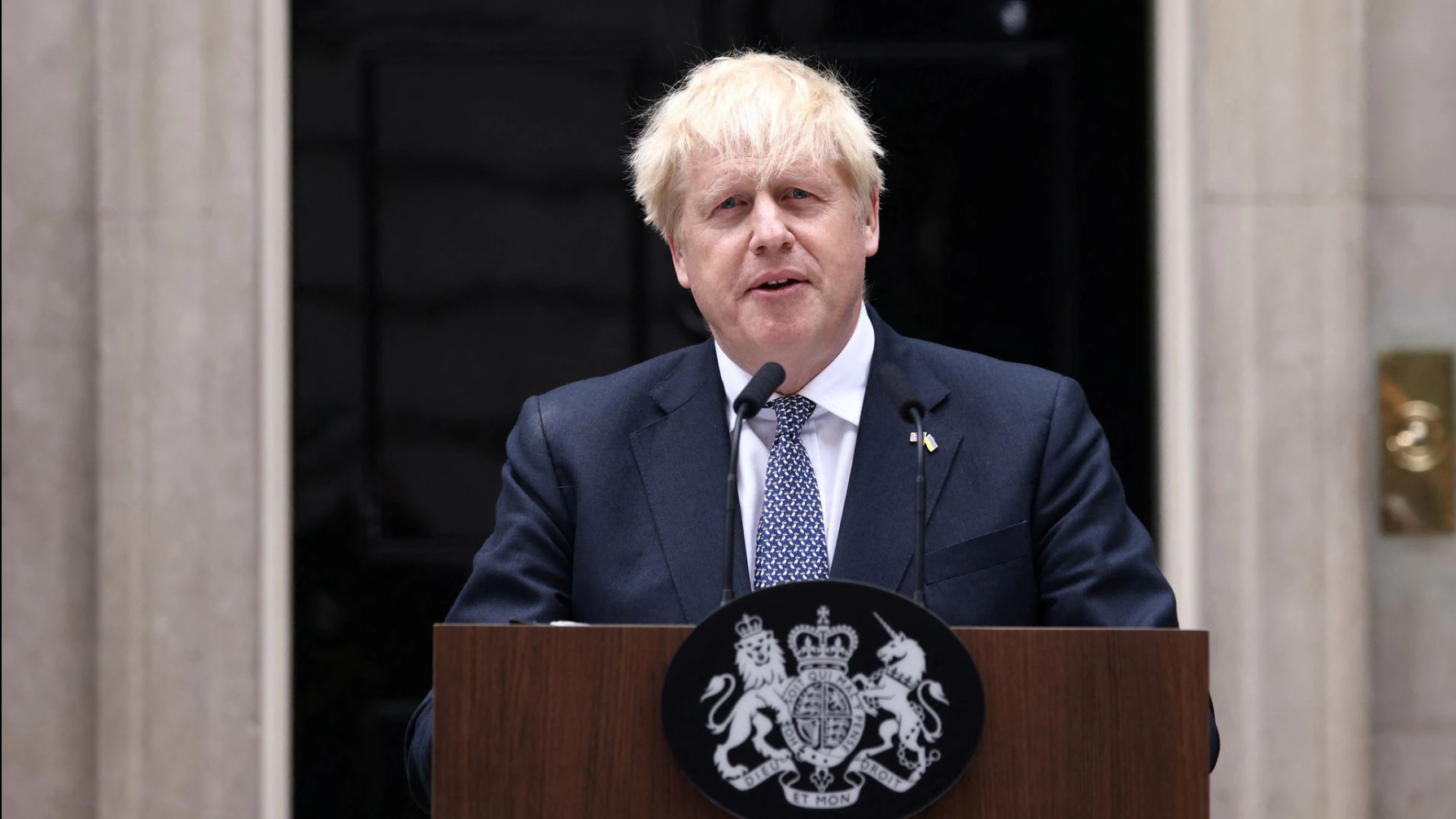 British Prime Minister Boris Johnson on Thursday made a resignation statement to the country after dozens of his ministers quit the government.

"It is clearly now the will of the Parliamentary Conservative Party that there should be a new leader of that party and so a new prime minister," Johnson said outside 10 Downing Street.

Johnson said the process of choosing the new leader should begin now and the timetable would be announced next week.

He added that he will continue to serve as prime minister "until a new leader is in place."

After days of battling for his job, Johnson had been deserted by all but a handful of his closest allies after the latest in a series of scandals broke their willingness to support him.

The Conservatives will now have to elect a new leader, a process which could take weeks or months, with details to be announced next week. 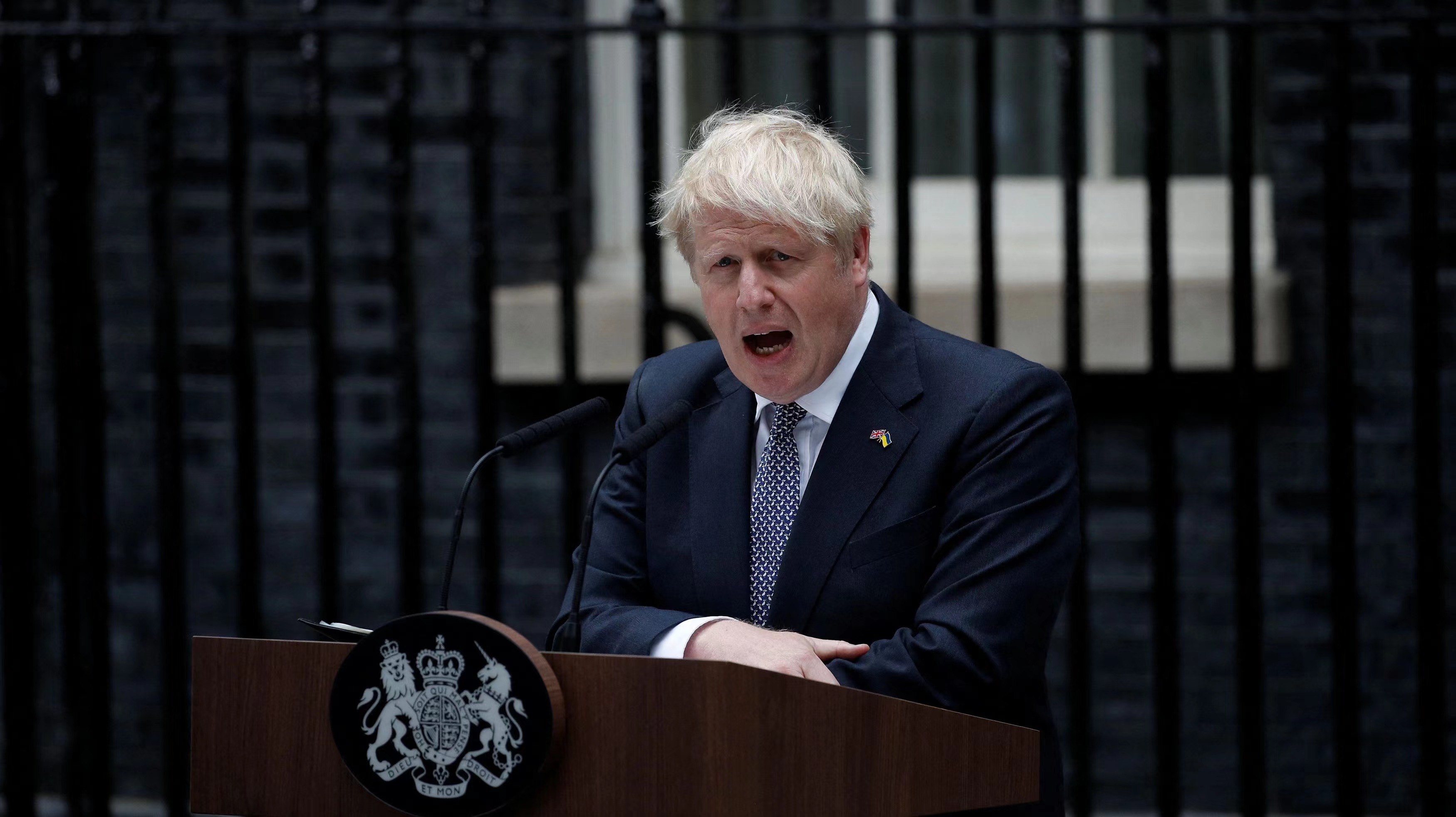 While Johnson said he would stay on, opponents and many in his own party said he should leave immediately and hand over to his deputy, Dominic Raab.

Keir Starmer, leader of the main opposition Labour Party, said he would call a parliamentary confidence vote if the Conservatives did not remove Johnson at once.

"We can't go on with this prime minister clinging on for months and months to come," he said.

The crisis comes as Britons are facing the tightest squeeze on their finances in decades, in the wake of the COVID-19 pandemic, with soaring inflation, and the economy forecast to be the weakest among major nations in 2023 apart from Russia.

It also follows years of internal division sparked by the narrow 2016 vote to leave the European Union, and threats to the make-up of the United Kingdom itself with demands for another Scottish independence referendum, the second in a decade.

Support for Johnson had evaporated during one of the most turbulent 24 hours in recent British political history, epitomized by finance minister, Nadhim Zahawi, who was only appointed to his post on Tuesday, calling on his boss to resign.

Zahawi and other cabinet ministers went to Downing Street on Wednesday evening, along with a senior representative of those lawmakers not in government, to tell Johnson the game was up.

Initially, Johnson refused to go and seemed set to dig in, sacking Michael Gove, a member of his top ministerial team who was one of the first to tell him he needed to resign, in a bid to reassert his authority.

But by Thursday morning as a slew of resignations poured in, it became clear his position was untenable.

"You must do the right thing and go now," Zahawi tweeted.

Some of those that remained in post, including Wallace, said they were only doing so because they had an obligation to keep the country safe.

There had been so many ministerial resignations that the government had been facing paralysis. Despite his impending departure, Johnson began appointing ministers to vacant posts.

"It is our duty now to make sure the people of this country have a functioning government," Michael Ellis, a minister in the Cabinet Office department which oversees the running of government, told parliament.