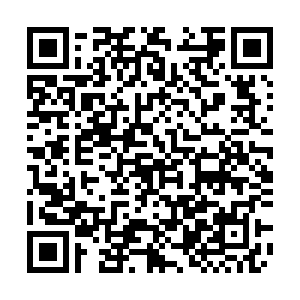 The number of people affected by hunger rose to 828 million in 2021, an increase of 46 million from the previous year, the United Nations (UN) Food and Agriculture Organization (FAO) said in a report on Wednesday.

The 2022 edition of "The State of Food Security and Nutrition in the World" (SOFI) report, drafted by the FAO and four other UN agencies, carries fresh figures on nutrition and food accessibility at the global level, including the latest estimates of the costs and affordability of a healthy diet.

The report said the number of people affected by hunger has increased by 150 million since the outbreak of the COVID-19 pandemic. This would risk pushing the international community further away from reaching Goal 2 of the UN Sustainable Development Agenda, which is to end hunger and malnutrition by 2030.

The number of people unable to afford a healthy diet rose by 112 million to almost 3.1 billion, "reflecting the impacts of rising consumer food prices during the pandemic."

The UN agencies added that the actual figure could be even larger once final data on income losses in 2020 become available.

"The ongoing war in Ukraine is disrupting supply chains and further affecting prices of grain, fertilizer and energy," the report warned.

"In the first half of 2022, this resulted in further food price increases. At the same time, more frequent and severe extreme climate events are disrupting supply chains, especially in low-income countries."

Around 2.3 billion people in the world, or 29.3 percent of the global population, suffered from moderate or severe food insecurity in 2021, an increase of 350 million compared to before the pandemic.

Nearly 924 million people, or 11.7 percent of the global population, faced food insecurity at severe levels, an increase of 207 million in two years, according to the report.

The SOFI also highlighted that "the gender gap in food insecurity continued to rise in 2021," with an estimated 31.9 percent of women suffering moderate or severe food insecurity compared to 27.6 percent in men.

"Looking forward, projections are that nearly 670 million people, or 8 percent of the world population, will still be facing hunger in 2030, even if a global economic recovery is taken into consideration," the report said.

The UN agencies urged governments to "repurpose the resources they are using to incentivize the production, supply and consumption of nutritious foods" in order to help making healthy diets less costly and more affordable for all.

Finally, the report suggested that governments could do more to reduce trade barriers for nutritious foods, such as fruits and vegetables.

Assessing the situation of hunger, malnutrition and food accessibility at the global level, the SOFI is jointly published every year by the FAO in cooperation with the International Fund for Agricultural Development, the United Nations Children's Fund, the UN World Food Program and the World Health Organization.

(Cover: Sacks of wheat are unloaded at a food distribution site in the town of Adi Mehameday, in the western Tigray region of Ethiopia, May 28, 2022. /CFP）