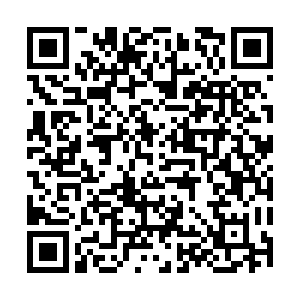 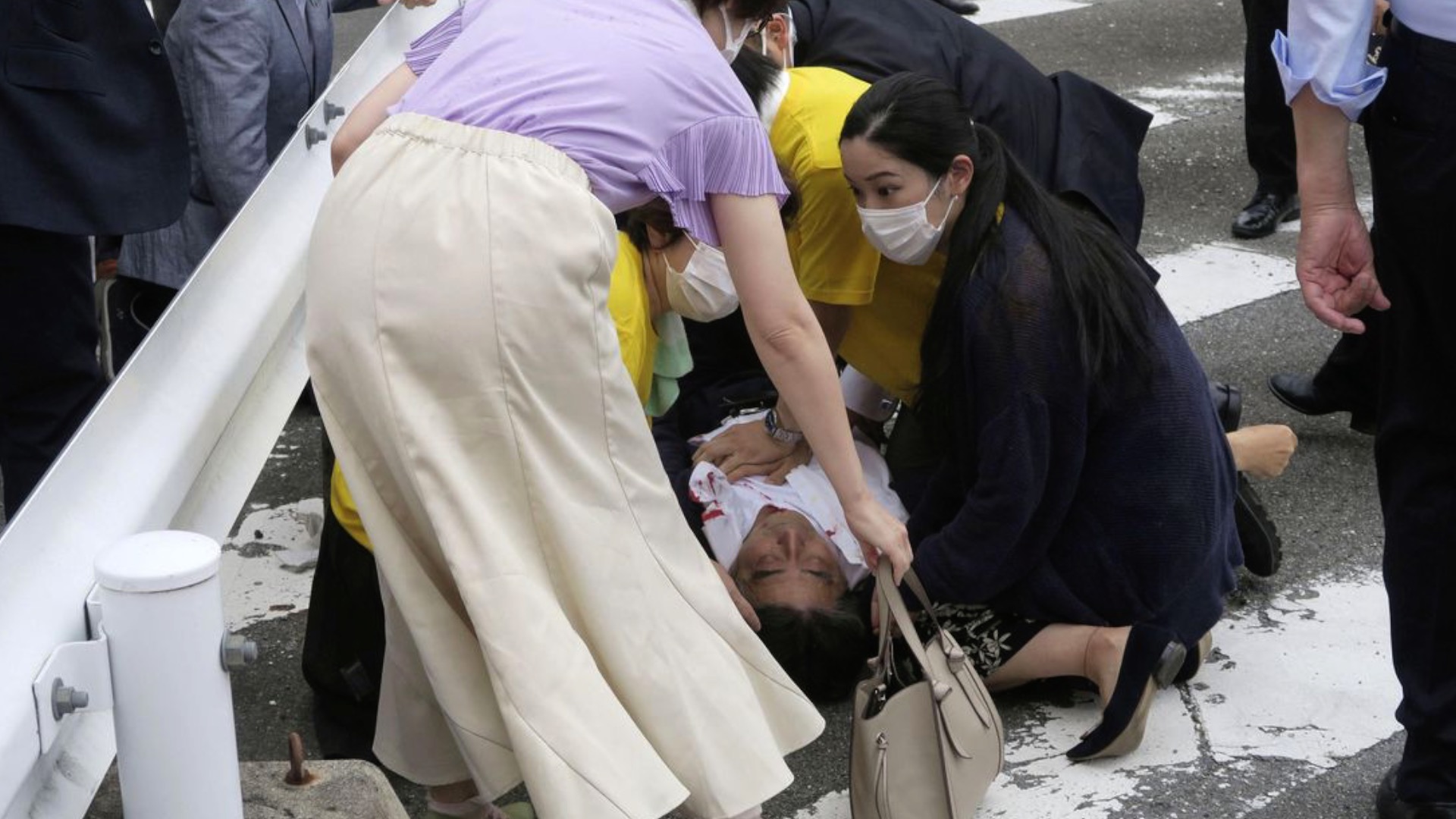 Japanese former Prime Minister Shinzo Abe was shot on Friday while campaigning for a national election and is in critical condition, the government said, with public broadcaster NHK saying he appeared to have been shot from behind by a man with a shotgun.

Police said a 41-year-old man suspected of carrying out the shooting in the western city of Nara had been arrested.

The suspect is a former member of the Japanese Maritime Self-Defense Force, according to Fuji TV. Police identified him as Tetsuya Yamagami, a resident of Nara.

Japanese Prime Minister Fumio Kishida updated the nation on Abe's condition, saying he is currently in "very grave condition." Kishida also condemned the shooting as an unacceptable attack and prayed Abe would survive the attack.

Earlier, Kyodo News Agency reported, citing the Fire and Disaster Management Agency, that Abe suffered a gunshot wound on the right of the neck and bleeding on the left side of the chest.

"Such an act of barbarity cannot be tolerated," Chief Cabinet Secretary Hirokazu Matsuno told reporters, adding that Abe had been shot at about 11:30 a.m. (0230 GMT).

NHK showed video of Abe making a campaign speech outside a train station when two shots rang out, after which the view was briefly obscured and then security officials were seen tackling a man on the ground. A puff of smoke behind Abe could be seen in another video shown on NHK.

A Kyodo photograph showed Abe lying face-up on the street by a guardrail, blood on his white shirt. People were crowded around him, one administering a heart massage. 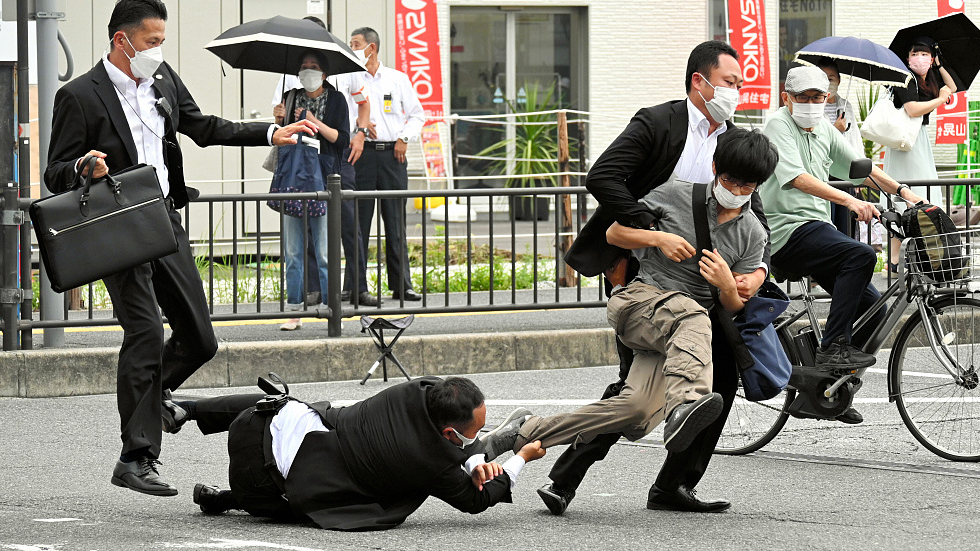 Political violence is rare in Japan, a country with strict gun regulations. The gun used in the shooting appeared to be a homemade firearm, NHK said.

In 2007 Nagasaki Mayor Iccho Itoh was shot and killed by a yakuza gangster. The head of the Japan Socialist Party was assassinated during a speech in 1960 by a right-wing youth with a samurai short sword.

"I thought it was firecrackers at first," one bystander told NHK.

Kishida suspended his election campaign after Abe's shooting and was returning to Tokyo where he was due to speak to the media at 0530 GMT.

The government said there was no plan to postpone the election.

Reactions to the shooting

The ambassador of the United States, Rahm Emanuel, said he was saddened and shocked by the shooting of an outstanding leader and unwavering ally.

"The U.S. government and American people are praying for the well-being of Abe-san, his family, and the people of Japan," Emanuel said in a statement.

Australian Prime Minister Anthony Albanese tweeted, "Shocking news from Japan that former PM Shinzo Abe has been shot – our thoughts are with his family and the people of Japan at this time."

Teuku Faizasyah, Indonesia's foreign ministry spokesman on behalf of Foreign Minister Retno Marsudi, said in a statement: "The minister has expressed her sympathies in the name of G20 foreign ministers to the Japanese foreign minister."

"Prime Minister Prayut Chan-O-Cha is very shocked by what has happened to former Japanese premier Shinzo Abe... Prayut and Abe are friends and they have a relatively close relationship," foreign minister Don Pramudwinai told reporters in Bangkok.