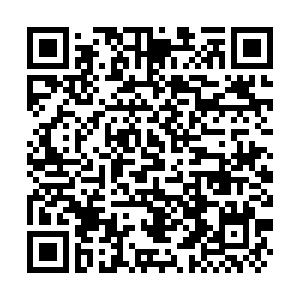 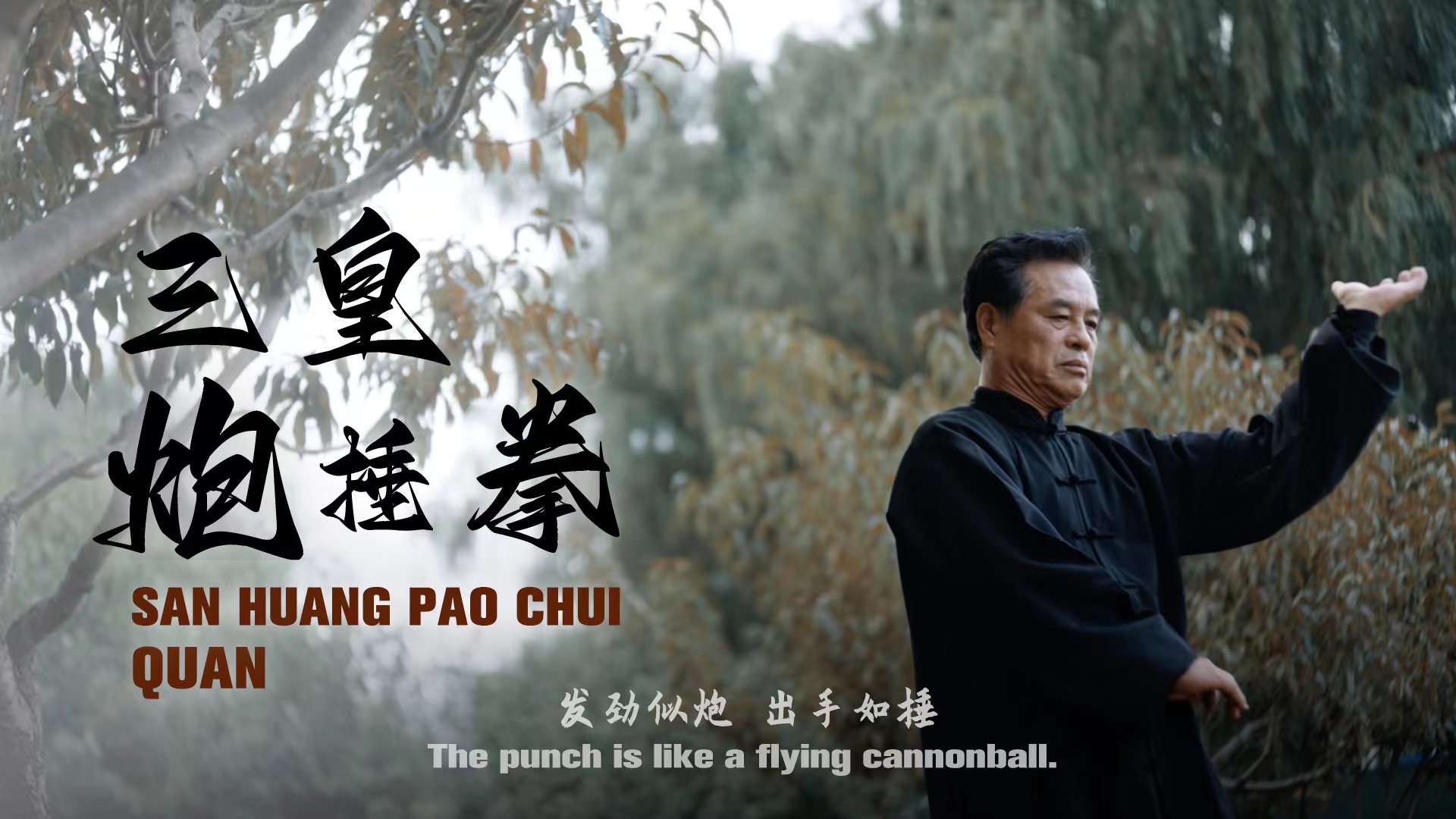 The San Huang Pao Chui Quan is a traditional Quan (school of Chinese martial art) with a long history, which integrates the skill of fighting and the function of fitness.

"Like a dragon with eagle's claws and a serpent's body, grabs the ground and stands firmly. The punch is like a flying cannonball; the breath is like gunpowder and the fists bullets. Strike in a flash.” This rhyme shows the characteristics of the San Huang Pao Chui Quan. 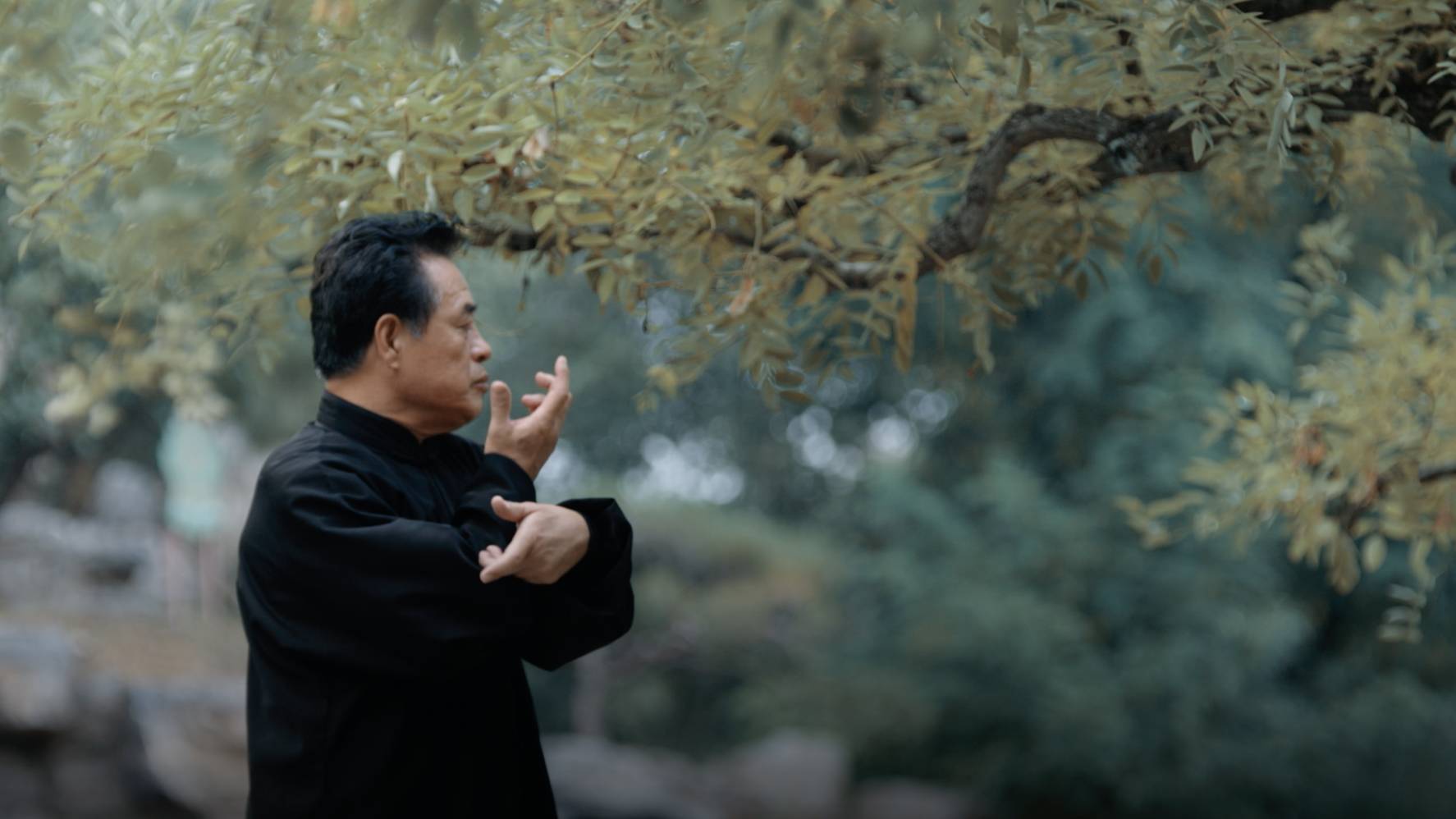 Pang Lianfu, born in Beijing, is 65 years old. As a seventh-generation inheritor of the San Huang Pao Chui Quan, he has practiced wushu for over 50 years.

Pang Lianfu's father was a wrestler. When Pang was five or six years old, his father used to take him to the moat bank to practice the "standing tree." At that time, the country was in the initial stages of development; there wasn't any entertainment. Pang loved it as he saw other people practicing wushu. In 1969, Pang Lianfu acknowledged Zhang Benli, a sixth-generation inheritor of the San Huang Pao Chui Quan in Beijing, as his master.

The most important feature of the San Huang Pao Chui Quan is to refine oneself internally and externally. It focuses on breathing to improve inner strength. Through standing practice, practitioners control their flexibility and integrity. In the state of bursting and striking, the whole body's power concentrates on one point. It would help if you snuffled first, then focused the forces and burst it out.

The San Huang Pao Chui Quan is plain, simple, calm and strong. It perfectly integrates softness and hardness through proper use of breathing and striking. With dazzling and fast-changing moves, it demonstrates the power of kung fu. It advocates skill rather than sheer force. It was introduced in Hebei Province in the late Ming Dynasty (1368-1644).

"A day without practice will cost you 10 days to catch up. Through training repeatedly day by day, muscle memory can be formed, and strength style, too. Everything you practice is kung fu. For example, I hit the bags; I practice punching every day. Those can all be part of kung fu.” 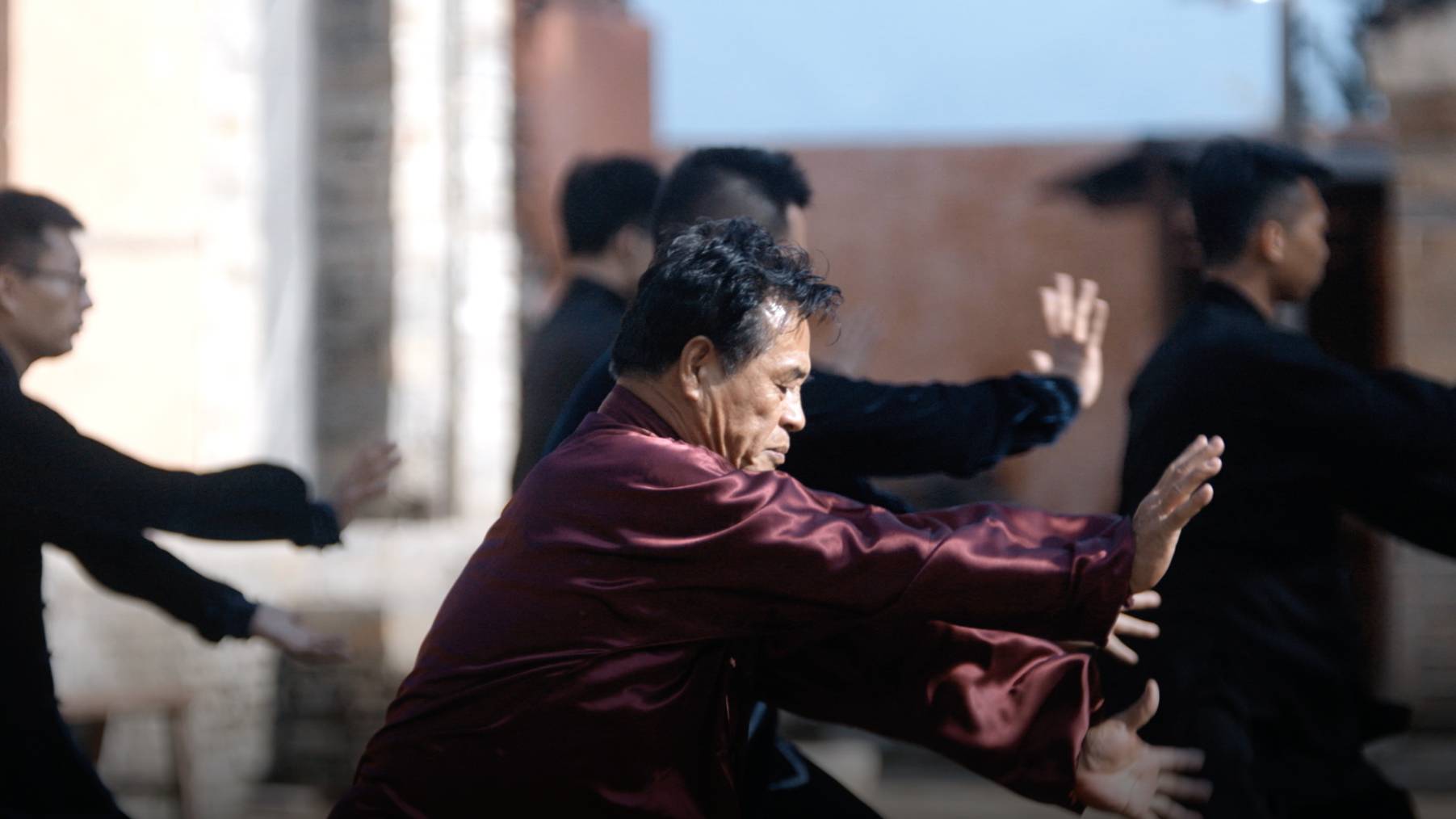 During practice, the most significant benefit is to keep healthy. He mastered some techniques. After retiring, he has plenty of time. In daily life, practicing the Quan is his favorite hobby. He also took time to teach others to practice Quan; seeing that students are also willing to learn the San Huang Pao Chui Quan, Pang Lianfu feels fulfilled.