Download
Will Japan's Kishida carry on Abe's legacy as their party wins big in the upper house?
CGTN 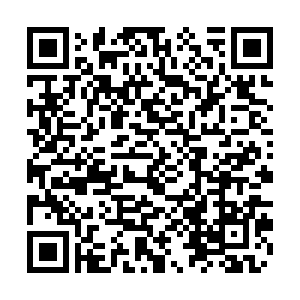 Fumio Kishida, Japan's prime minister and president of the Liberal Democratic Party (LDP), places a red paper rose on an LDP candidate's name, to indicate a victory in the upper house election, at the party's headquarters in Tokyo, Japan, July 10, 2022. /Reuters

Fumio Kishida, Japan's prime minister and president of the Liberal Democratic Party (LDP), places a red paper rose on an LDP candidate's name, to indicate a victory in the upper house election, at the party's headquarters in Tokyo, Japan, July 10, 2022. /Reuters

The late Shinzo Abe's ambition to bump up Japan's military presence moved closer to realization under incumbent Prime Minister Fumio Kishida as their party, the ruling Liberal Democratic Party (LDP), won a supermajority in a coalition with Komeito in the upper house election held on Sunday.

The conservative coalition won 76 of the 125 seats contested just two days after Abe, the longest-serving prime minister in Japanese history, was gunned down by an assassin during a campaign speech on the streets of the city of Nara.

According to the constitution of Japan – written by American officials under Japan's post-WWII occupation to ensure the country remains pacifist – a constitutional change must be approved by two-thirds of legislators from both houses of parliament. Four parties that seek to revise the constitution – the LDP-Komeito coalition plus Nippon Ishin and the Democratic Party for the People – together gathered up 93 seats in the upper house, more than the two-thirds requirement. As the LDP already secured enough seats in the lower house in a 2021 election, it is now possible for Kishida to make revisions to the supreme law – what Abe did not achieve in his lifetime.

Although he stepped down from office in 2020 for health reasons, Abe's fingerprints still remain on Japanese policies today, according to Zha Daojiong, professor of international political economy at Peking University. Aside from broad economic reforms that became known as "Abenomics," Zha said another major political legacy of Abe was to "instill in the minds of American security elites the idea of an Indo-Pacific," a geopolitical vision which gave birth to the Quadrilateral Security Dialogue (Quad), an informal strategic alliance between Japan, the U.S., Australia, and India. 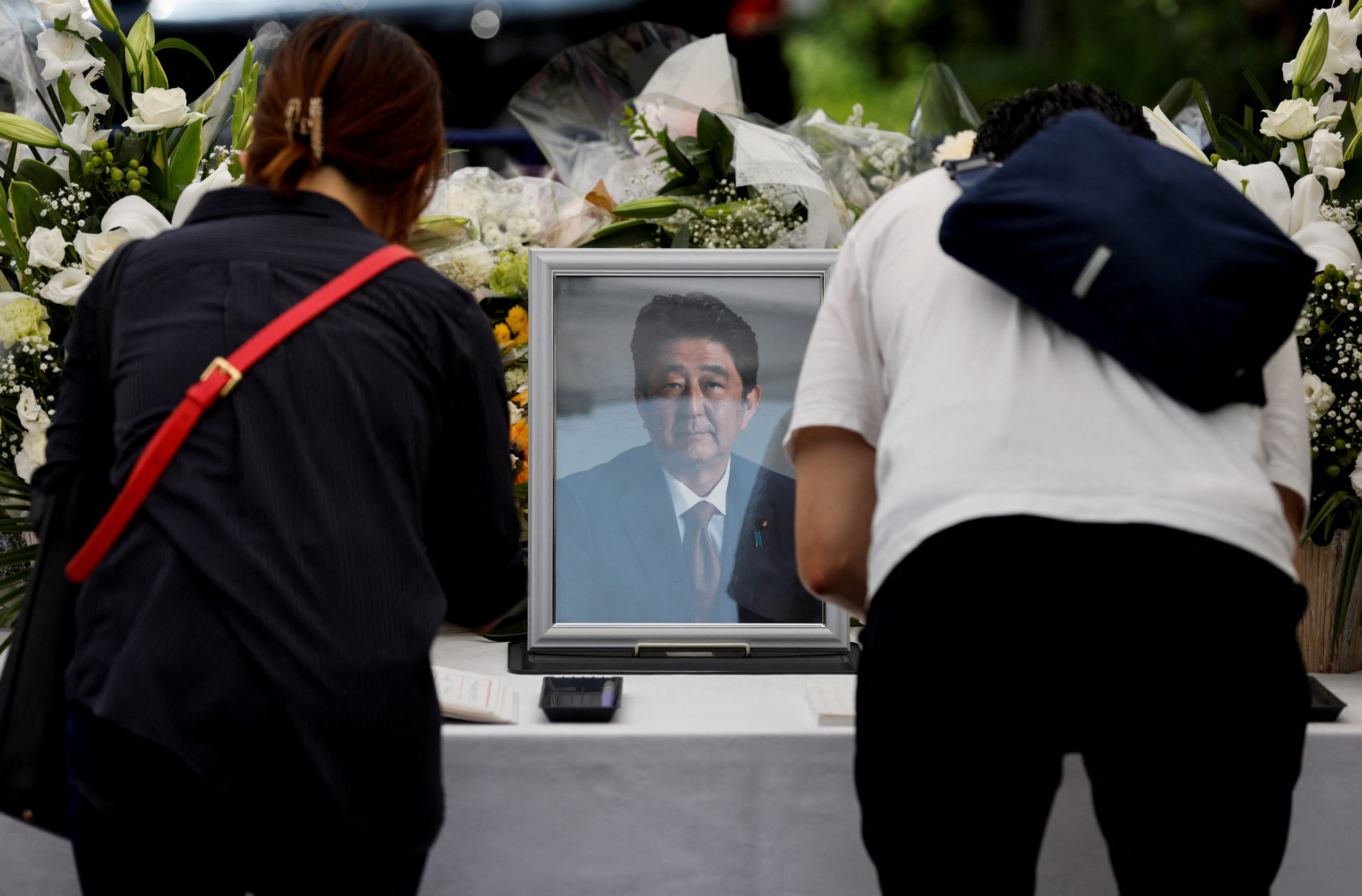 Mourners bow in front of a portrait of late former Japanese Prime Minister Shinzo Abe, who was shot while campaigning for a parliamentary election, placed on an altar at the LDP headquarters, in Tokyo, Japan, July 11, 2022. /Reuters

Mourners bow in front of a portrait of late former Japanese Prime Minister Shinzo Abe, who was shot while campaigning for a parliamentary election, placed on an altar at the LDP headquarters, in Tokyo, Japan, July 11, 2022. /Reuters

Kishida, Abe's long-time foreign minister and protege, vowed to enhance Japan's defense capabilities within the next five years facing an increasingly turbulent world. "Today's Ukraine may be tomorrow's East Asia," he remarked on the ongoing military clash that has devastated the East European country, alarmed by what he calls "unilateral attempts to change the status quo by force" in the East China Sea, at the 19th Shangri-la Dialogue in Singapore in June. The leader said he looks forward to reinforcing the security cooperation with the United States, and that his government will "not rule out any options" to boost its security sector, including so-called "counterstrike capabilities."

Chinese Foreign Ministry spokesperson Zhao Lijian responded earlier this month that Japan's worries about the status quo are just "excuses to justify its military buildup," and added that "before talking about East Asia's future, one needs to first think about what happened to East Asia in the past," expressing concerns about a resurrection of the Imperial Japanese Army, which committed countless atrocities in not just China, but many other East Asian countries.

There will be no national elections in Japan for the next three years, giving Kishida enough time to carry out his own agenda in economy and diplomacy, said Rong Ying, vice president of the China Institute of International Studies. But despite the LDP's landslide victory, there are still conundrums facing the Kishida administration, especially in the economic sector, such as inflation and the depreciation of the Japanese yen. As of Monday, the yen sits at 137 per U.S. dollar, a historic high not seen in more than two decades. A year ago, that number was 110.

Kay Shimizu, research assistant professor of political science at the University of Pittsburgh, told CGTN's "The Point" that the Russia-Ukraine conflict and "the perceived threats" in Japan's neighborhood have accelerated the government's pursuit of stronger defenses. However, difficulties regarding economic stability and recovery since the global COVID-19 pandemic, on top of a global recession, are so urgent that the Kishida administration may have to "dampen its ambition on the security front" in order to put more resources into tackling the economic crisis.

In Tokyo, voters who just cast their ballots in the upper house election shared a mix of views on their country's primary obstacle to overcome. 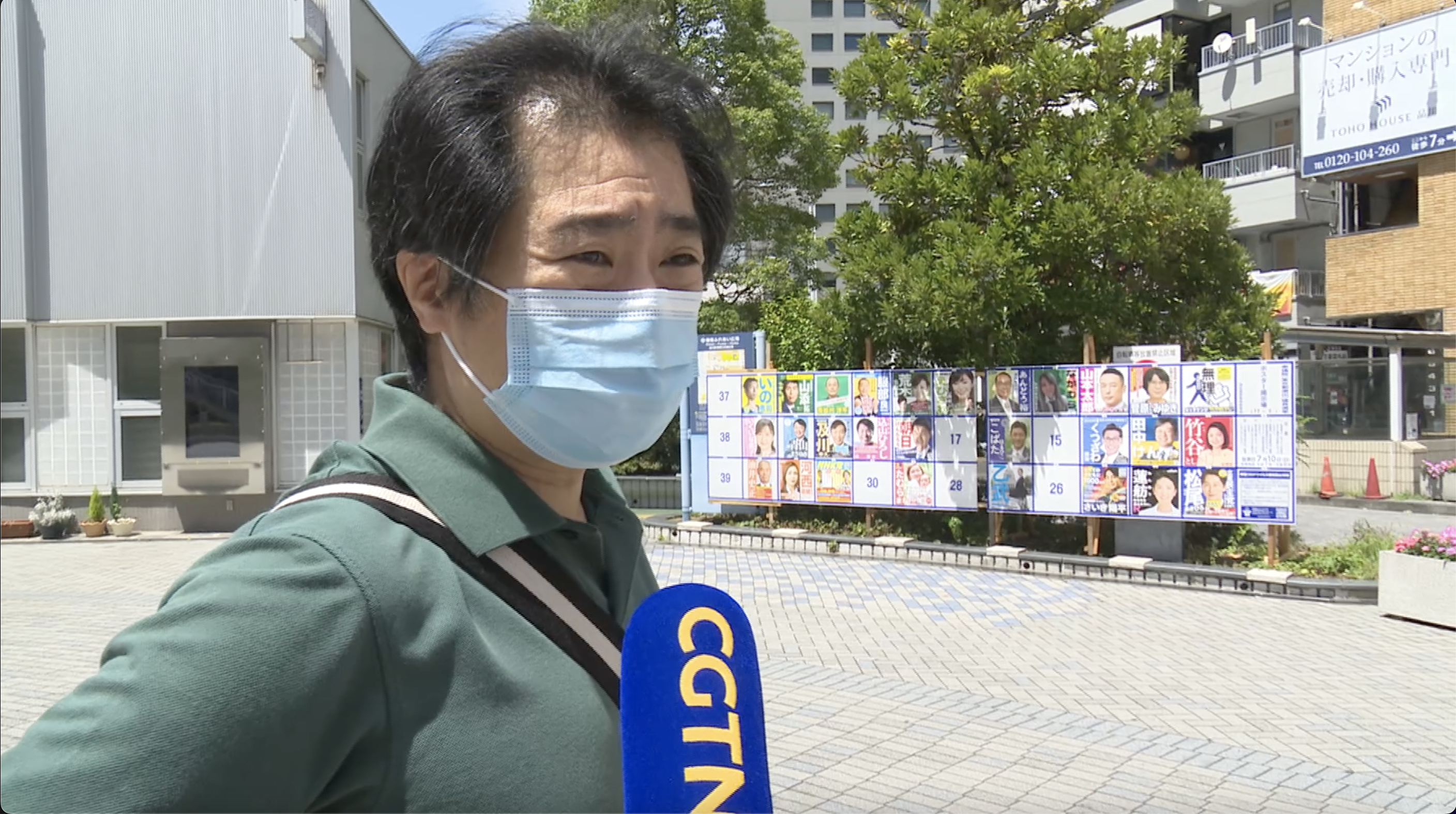 "I think the current economic measures are inadequate," an elderly businessman told CGTN. "We have to think deeper about ways to improve the economy. They cannot just issue various subsides; this will not work."

Another younger voter had something else in mind: "I think the most important issue is security. Our way of life is threatened at the moment, so I would prioritize security over economic policies."