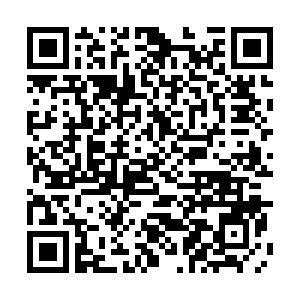 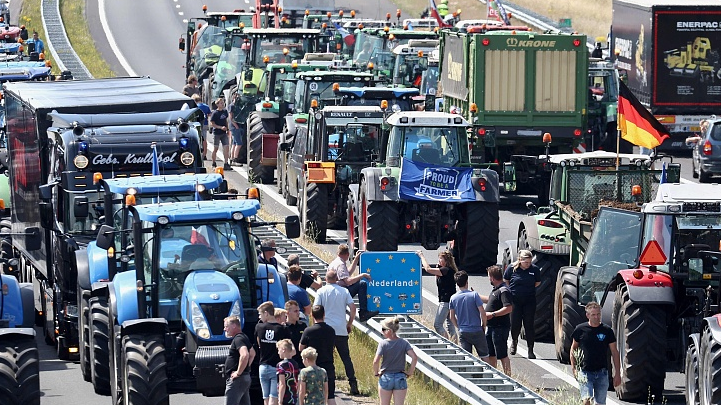 Farmers gather with their vehicles next to a Germany/Netherlands border sign during a protest on the A1 highway, near Rijssen, Netherlands, June 29, 2022. /CFP

Farmers gather with their vehicles next to a Germany/Netherlands border sign during a protest on the A1 highway, near Rijssen, Netherlands, June 29, 2022. /CFP

Farmers in the Netherlands have launched widespread protests over new regulations that would significantly hinder food production levels. And in response, many other farmers from across the European Union (EU) have expressed solidarity and this will have a huge impact for food security in Europe and beyond in the foreseeable future. But what really sparked the massive demonstrations? Let's take a closer look.

The Netherlands is a relatively small nation among the 27 EU member states. It's slightly larger than China's Hainan Province or the state of Maryland in the U.S. and has a population at around 17.5 million. Nonetheless, the country ranks very high as one of the world's largest food producers and exporters.

In the pre-COVID-19 pandemic year, 2019, Dutch farmers exported over 94.5 billion euros of foodstuffs in total value. Despite the small land-size, the Netherlands has enjoyed tremendous success in agriculture on account of implementing hi-tech & scientific innovations that have dramatically increased crops yields and livestock.

Nevertheless, Dutch Prime Minister Mark Rutte and his ruling party at the parliament in the Hague have not shown much appreciation for locally-based farmers. Last month, they passed legislation to reduce 50 percent of nitrogen oxide and ammonia emissions by 2030 in order to achieve a 'Net Zero' carbon emissions' policy.

Dutch agricultural producers will be devastated, since the government forecasts that over 30 percent of the nation's farms will inevitably go bankrupt before the end of this decade, since the costs of paying for the so-called "unavoidable transition" will be too high for them to bear.

Additionally, many farms will be forced to go barren in order to enforce regulations that would transform the designated lands into forests in efforts to protect natural habitats, endangered plants and animals. 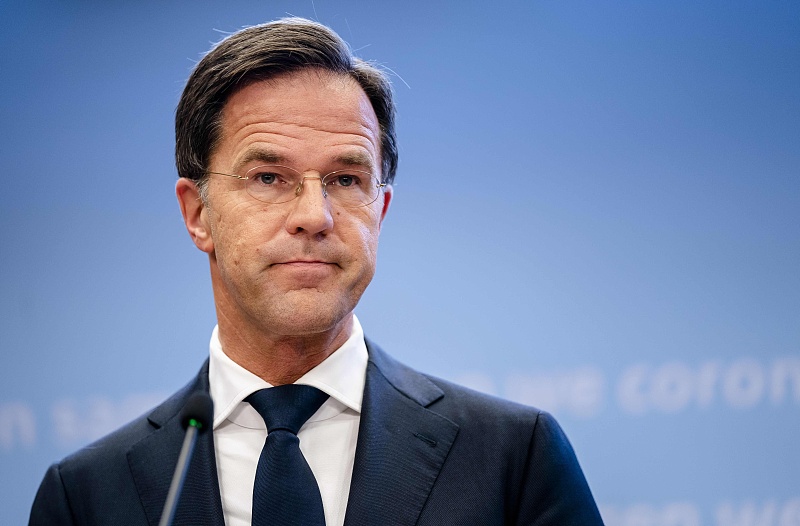 Despite the new laws favoring a cleaner and greener society, the Netherlands government has failed to pay closer attention to the present-day geopolitical conditions and international business trends. Russian President Vladimir Putin launched 'special military operations' in Ukraine and that has continued for nearly five months and won't end anytime soon.

Meanwhile, Brussels, London and Washington have all supported tough economic sanctions against Moscow and that has led to very high inflation rates, rising food and fuel costs, as well as food shortages that have already sparked de-stabilization in Sri Lanka. Accordingly European countries could see more people going hungry in the continent.

They have lit bales of hay on fire, set large-scale bonfires and the demonstrations have inspired German, Italian, Polish and Spanish farmers to follow up with similar actions in their respective home countries. The actions may seem extreme to outsiders, but Dutch farmers are delivering an all-important message: They are suggesting it's better to scrap the new environmental laws or more people will go hungry.

Yet, the government remains stubborn and unwilling to compromise. There have been incidents of police officers in the country shooting at farmers sitting in tractors, including a 16-year-old boy. PM Rutte has threatened to crack down further.

The stubborn wall of no compromise

The Netherlands will move forward on its stringent environmental regulations. The Council of State, the country's leading administrative court and legislative advisory body, is demanding strict enforcement of nitrogen and ammonia emissions' cuts. The government will set aside 24.3 billion euros to embark on the transition.

Dutch farmers raise the argument that they are being unfairly treated. The Netherlands did not introduce equally tough measures on other industries, including aviation, construction and transportation. Meanwhile, there's a program, known as Natura 2000 that calls for 18 percent of the EU's lands and eight percent of the marines’ territory to get designated as networks to protect natural habitats. Farmers residing in those areas must depart.

For the moment, over 54,000 businesses are closely connected to the Dutch agriculture sector, according to the Netherlands farming lobby group, LTO. Should 30 percent of local farms cease to exist, the local economy could enter a shocking recessionary period.

There's no turning back

Just like opening a Pandora's Box, ugly forces have been unleashed and it's too late to revert to normal. Dutch farmers feel cornered, feeling they can't escape their plight without a fight. The new environmental laws will deliver a harsh blow to farming families, as many of them have worked on the same lands that their ancestors have passed down to them from many generations ago.

Dutch farmers loved their lands and they were happy to feed people all over the world. Now, they can no longer do so; and that's not just a tragedy for them but for the many people who buy their food from them. More people will grow hungry and the farmers in the Netherlands can do nothing to stop that as their government has not backed down either. We are watching a colossal tragedy unfold in real-time.