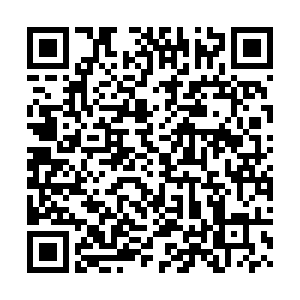 At 8:00 a.m. on September 3, 2018, Taiwan resident Chen Yi-ting received his mainland residence permit in Fuzhou, capital city of southeast China's Fujian Province, becoming the first recipient of the card in the province.

"Fuzhou is my second home," Chen, who has worked and lived in Fujian for more than two decades, has told media on many occasions.

As a milestone in efforts to ensure Taiwan compatriots enjoy equal treatment with mainland residents, the residence permit has now enabled holders to access basic public services, creating better conditions for economic and social integration across the Taiwan Straits.

In March 2019, Chinese President Xi Jinping urged more efforts to build Fujian into "the first home" for Taiwan compatriots and businesses when they "land" on the mainland when he joined deliberation with deputies from the province at a session of the 13th National People's Congress, China's national legislature.

Two years later, in March 2021, when he made an inspection tour to Fujian, Xi said the province should promote integration through communication, benefit and affection and be bold in exploring new approaches to integrated development across the Taiwan Straits.

Fujian and Taiwan: One of the closest in the family

People on both sides of the Taiwan Straits are of one family, and those from Fujian and Taiwan are among the closest in the family.

Separated only by a strip of water, Fujian is the nearest mainland province to Taiwan, and blood ties connect the people of the two regions. Today, according to one estimate, as many as 80 percent of Taiwan compatriots could trace their ancestral hometowns to Fujian.

With the level of kinship comes similar dialects, folk cultures, and ethical beliefs between the two regions, which make it easier for people on both sides to forge closer bonds of heart and mind.

In addition, Fujian has historically led exchanges and cooperation with the Taiwan region. The first Taiwan-invested company in Fujian started operation in 1980, months after the release of the Message to Compatriots in Taiwan that deescalated tense confrontation across the Taiwan Straits.

Then, in 1989, the mainland's first batch of Taiwan investment zones were built in Xiamen and Fuzhou cities of Fujian Province. And in 1994, Xiamen was the first mainland port to allow Taiwan compatriots to apply for entry upon arrival.

A land of exchange and interaction with Taiwan

While Fujian saw its economic contacts with the Taiwan region developing and growing, Xi Jinping was working in the province. During the 17 years from June 1985 to October 2002, Xi secured breakthroughs in connectivity and exchanges between the two regions.

In addition to attract investment from Taiwan, he emphasized efforts to forge closer bonds of heart and mind between both sides. During his tenure as secretary of the Communist Party of China (CPC) Fuzhou Municipal Committee, Xi set aside "a reception day for Taiwan compatriots and businesses" to learn about their concerns, the first in Fujian Province.

"Each and every concern was followed through and answered," said Liang Maogan, who worked for the province's Taiwan affairs office. Thanks to its efficiency, the measure was well received by the Taiwan compatriots, he noted.

Xi continued his special care for Taiwan even after he was promoted to deputy secretary of the CPC Fujian Provincial Committee. In 1997, he successfully promoted a 102-day tour of the statue of Meizhou Mazu, an ancient Chinese sea goddess, in 19 counties and cities in Taiwan, attracting millions of worships and becoming one of the longest and most influential exchanges across the Straits.

"These creative activities have made Fujian, which was once the forefront in the fighting with Taiwan, into a land of exchange and interaction between compatriots on both sides of the Straits," said Liang.

To build itself into "the first home" for Taiwan compatriots and businesses, Fujian rolled out a slate of 42 new measures to enhance economic and trade links, boost mutual exchanges of energy and resources, promote the mutual application of industry standards, and provide the same service to Taiwan residents as those on the mainland in 2019, with the former 66 preferential measures still in place.

Thanks to this series of equal treatment policies, trade between Fujian Province and Taiwan rose 26.2 percent year on year to top 100 billion yuan (about $15.77 billion) in 2021, and Fujian attracted nearly 40,000 young people from Taiwan to come to the province for internships, employment and start-up businesses in the year, according to the Fujian provincial government work report.

When President Xi made an inspection tour to Fujian in 2021, he called on the province to take bigger strides in exploring a new way of integrated development on both sides of the Taiwan Straits.

As he noted in 2019, on the 40th anniversary of the release of the Message to Compatriots in Taiwan, "no matter what interference and obstruction we may encounter, exchanges and cooperation between our people on both sides must never be hampered, diminished, or stopped."