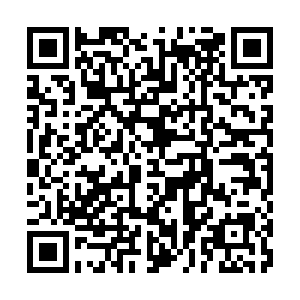 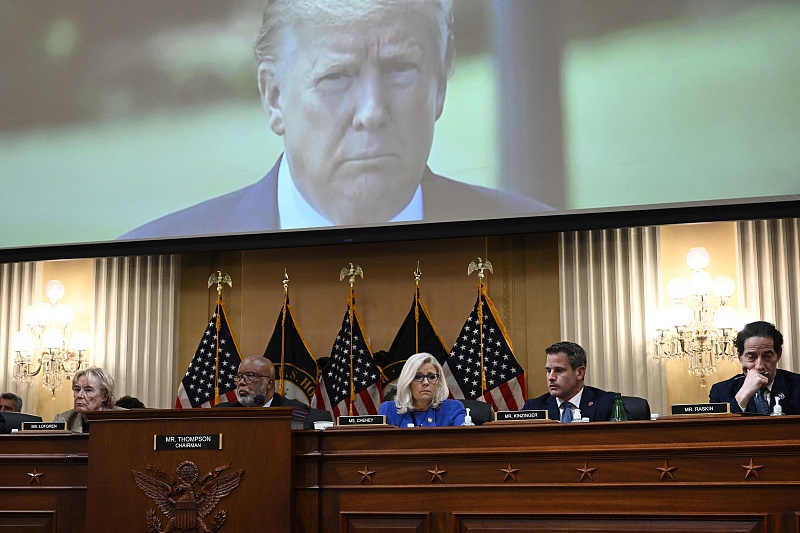 Former U.S. President Donald Trump is seen on a screen during a House Select Committee hearing to Investigate the January 6 Attack on the U.S. Capitol, in the Cannon House Office Building on Capitol Hill in Washington, D.C., U.S., June 9, 2022. /CFP

Former U.S. President Donald Trump is seen on a screen during a House Select Committee hearing to Investigate the January 6 Attack on the U.S. Capitol, in the Cannon House Office Building on Capitol Hill in Washington, D.C., U.S., June 9, 2022. /CFP

U.S. lawmakers on Tuesday accused the country's former President Donald Trump of inciting a mob of followers to attack the U.S. Capitol on January 6, 2021, in a last-ditch bid to remain in power fueled by a chaotic meeting with some of his most ardent supporters.

The House of Representatives committee also produced evidence that aides and outside agitators knew before the riot that Trump would urge thousands of his supporters to march on the Capitol that day.

The panel's seven Democrats and two Republicans have used the hearings to build a case that Trump's efforts to overturn his defeat in the 2020 election constitute illegal conduct, far beyond normal politics.

As the three-hour hearing ended, Republican Representative Liz Cheney said Trump had tried to phone a potential committee witness, raising the possibility he might have illegally tried to influence witness testimony.

"We will take any effort to influence witness testimony very seriously," said Cheney, the committee vice chairperson, adding that the committee had notified the Justice Department.

The disclosure by Cheney was not the first time the panel has raised concerns about witnesses being contacted by Trump's team in ways that could reflect or at least create the appearance of inappropriate influence. It divulged examples last week of other times witnesses have received outreach from Trump allies, some suggesting he was aware they were talking to the committee, ahead of testimony before the panel.

In video testimony shown during the hearing, witnesses described a loud late-night six-hour meeting on December 18, 2020, where Trump disregarded White House staffers who urged him to concede the November 2020 election to Democrat Joe Biden (the U.S. President).

Instead, Trump sided with outside advisers who urged him to keep pressing his baseless claims of election fraud.

Committee members said Trump ultimately was responsible for the chaos that followed.

"President Trump is a 76-year-old man. He is not an impressionable child. ... He is responsible for his own actions and his own choices," said Cheney.

Committee members said Trump incited the riot through his refusal to admit he lost the election and through comments like his December 19, 2020, Twitter post, shortly after the meeting, for supporters to flock to Washington for a "big protest," saying, "Be there, will be wild."

Trump, a Republican who has hinted he will seek the White House again in 2024, denies wrongdoing and has asserted that he lost only because of widespread fraud that benefited Biden, a Democrat.