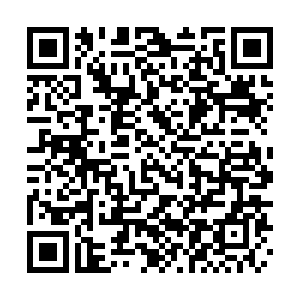 "This is the first port built in Israel in 60 years so the idea of running security here was exciting. I was a bit sad leaving my former security position but since coming here in 2019, a new world has opened to me," said the health, safety, and environmental manager at Haifa Bayport.

To meet the demands of the advanced automated and green port, Itzik had to adapt a security industry managerial style he'd developed over decades.

Haifa BayPort: Against the odds to collaboration

The project included the reclamation of land along the Haifa coast as well as port terminals, administrative buildings, industrial scaffolding and automation nerve centers and installation of an electricity network – all according to China State Construction and Israeli planning and Port Authority security and licensing guidelines.

"The importance of Haifa Bayport is not only regional for Israel alone. It also plays a role in maritime transportation around this area," said Ji Guangmin, construction commander-in-Chief at Shanghai International Port Group (SIPG) Israel Haifa Bayport.

The progress of construction moved according to schedule until the COVID-19 pandemic hit the world, threatening workflow.

Shipments of raw materials required for construction slowed due to the pandemic. A year later, in May 2021, conflicts between Gaza and Israel broke out, further threatening the September 2021 completion deadline.

"With the joint efforts of both Chinese and Israeli staff, we tried to overcome various difficulties while doing a good job in the pandemic prevention and control so as to make sure the Port is open on time," Feng said.

The hard work paid off, and the teams met the deadline.

Beyond learning new technical skills, Itzik and other Israelis working at the port benefit from the personal interactions gained via collaboration with Chinese colleagues.

"I had no contact with Chinese before I came to work at Haifa Bayport. For me, this port opened a door to the world of firsts," he said.