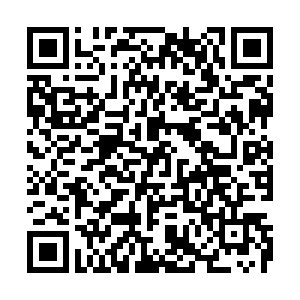 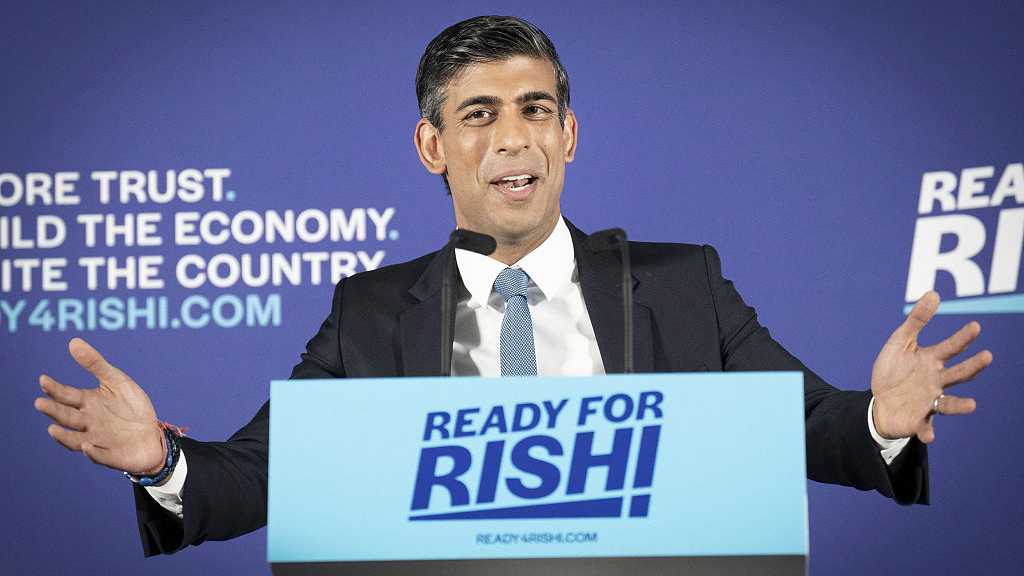 Rishi Sunak speaks at the launch of his campaign to be Conservative Party leader and prime minister, at the Queen Elizabeth II Center in London, July 12, 2022. /CFP

Rishi Sunak speaks at the launch of his campaign to be Conservative Party leader and prime minister, at the Queen Elizabeth II Center in London, July 12, 2022. /CFP

Former British Finance Minister Rishi Sunak on Wednesday won the most votes in the first round of voting to succeed Boris Johnson as leader of the Conservative Party and prime minister, as two candidates were eliminated.

Sunak scored 88 votes, ahead of junior trade minister Penny Mordaunt on 67 and foreign Secretary Liz Truss on 50. Three other candidates survived the vote, with each receiving no more than 40 votes.

Finance minister Nadhim Zahawi and former cabinet minister Jeremy Hunt were eliminated. The six remaining contenders will now scramble to scoop up the two men's supporters in the contest.

While the candidates are offering similar tax-slashing pledges, Sunak, whose resignation last week helped end the prime minister's reign, has stood out by offering a note of caution. He has cast himself as the candidate of fiscal probity, saying the country needs "honesty and responsibility, not fairytales" to get through economic shockwaves from the coronavirus pandemic.

Supporters of the other candidates have improbably depicted Sunak – whose heroine is former Prime Minister Margaret Thatcher – as a left-winger. Johnson's office has denied running a campaign to bad-mouth Sunak.

Further rounds of voting will take place Thursday and, if needed, next week, until just two candidates remain.

The final two contenders will face a runoff vote by about 180,000 Conservative Party members across the country. The winner is scheduled to be announced on September 5 and will automatically become prime minister, without the need for a national election.