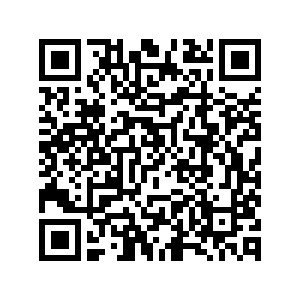 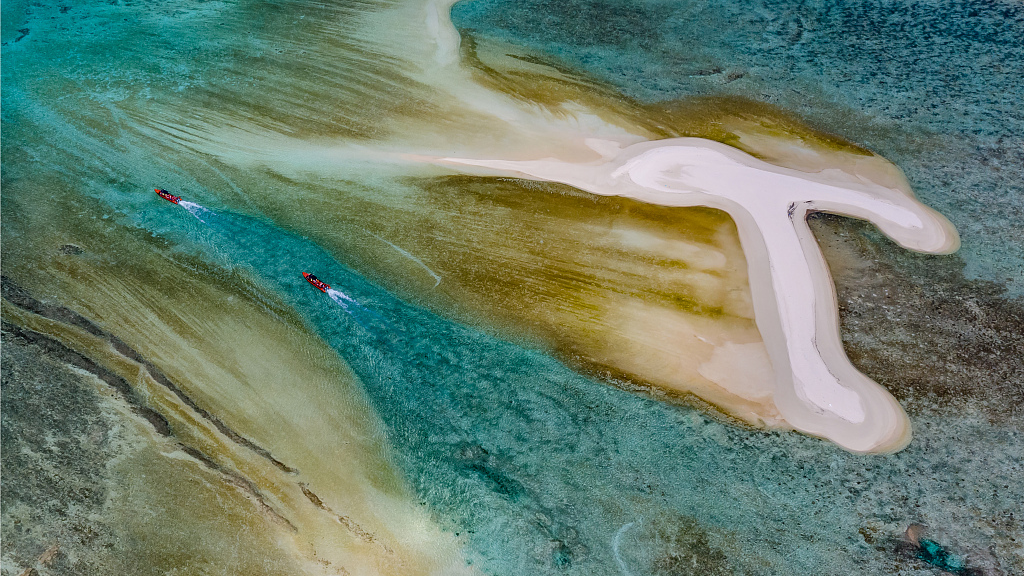 "The two destroyers were directed to continue what was described publicly as a routine patrol in order to assert U.S. rights to navigate freely in international waters." This sounds strangely familiar, but not quite right. This statement was issued in 1964 by U.S. President Lyndon Baines Johnson in relation to what is now known as the Gulf Of Tonkin incident, which the United States used as a pretext for launching bombing attacks in then North Vietnam.

Today, these rights to navigate freely in international waters are called "freedom of navigation operations" (FONOP) but retain the same nature. They are designed to tease out the location of defense bases, to understand reaction times and procedures, and to assess military capabilities. They have very little to do with freedom of navigation.

Now, as in 1964, there are concerns that a serious incident could soon occur as strategic tensions grow in the South China Sea. A miscalculation in the waters, rather than outright aggression, may trigger a serious incident.

This is a valid concern with historical precedents. Daniel Ellsberg says in his book Secrets: A Memoir of Vietnam and the Pentagon Papers, the combination of this probing of defense coupled with covert action is a toxic mix that encourages mistakes. The "routine patrol in international waters" was part of "a secret intelligence mission" penetrating well within what the North Vietnamese regarded as their territorial waters. 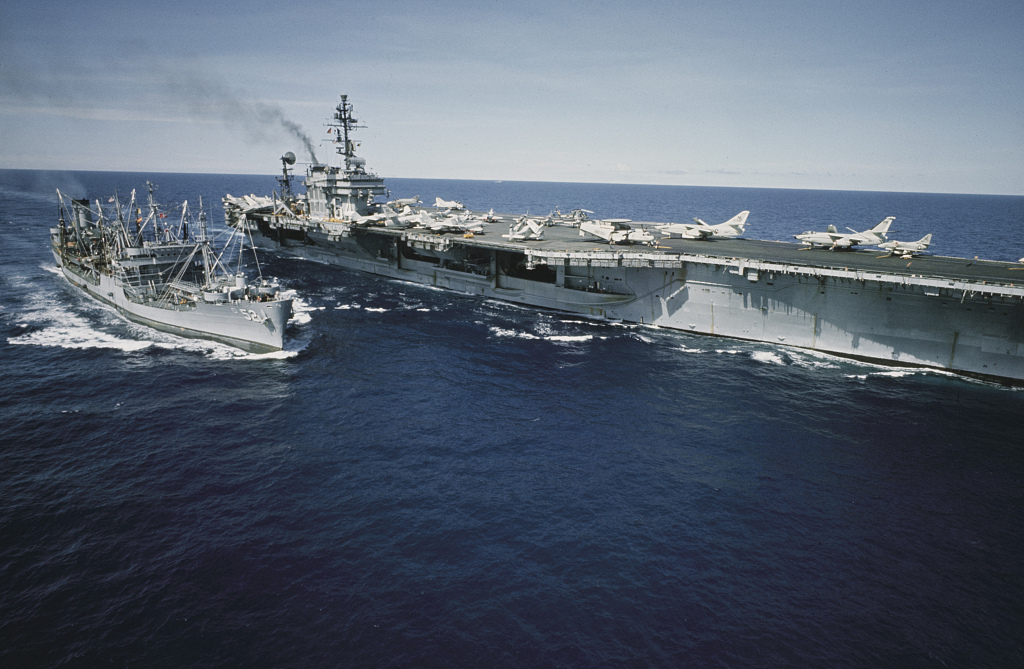 The USS Cacapon (L), a T3 Cimarron-class fleet oiler, alongside the USS Constellation, a Kitty Hawk-class supercarrier, in the Gulf of Tonkin, off the coast of North Vietnam, August 16, 1966. /VCG

The USS Cacapon (L), a T3 Cimarron-class fleet oiler, alongside the USS Constellation, a Kitty Hawk-class supercarrier, in the Gulf of Tonkin, off the coast of North Vietnam, August 16, 1966. /VCG

It is a dangerous assumption to believe that mistakes will be made by only one side so policies and procedures must be developed to ensure that the inevitable errors and misjudgments do not escalate. The comparatively slow-moving FONOP naval exercises are a different problem to that presented by fast moving aerial surveillance exercises where mistakes can happen in seconds rather than minutes or hours.

Of course, the best solution is to de-escalate the situation by halting the provocative FONOP exercises and admitting their true, but disguised, military purpose. This would require a genuine recognition that the navigation rights in international waters are not under threat. This is unlikely to happen as this would also require an unwinding of the narrative, carefully constructed over several years, that is used as an excuse for these activities.

There is an assumption that FONOP are designed to prevent conflict, but in fact they can be used to provoke conflict. In Secrets Ellsberg reveals that the U.S. was determined to attack North Vietnam, but they needed appropriate justification for any attack. They embarked on carefully planned incidents to goad North Vietnam into a response that could be used by the U.S. as an excuse for bombing the Asian country. These operations included supporting and encouraging South Vietnamese attacks on islands belonging to North Vietnam. These "deniable" operations are a standard political strategy.

The use of "arms length" third party agent provocateurs is a longstanding policy. Speaking on CNN , John Bolton, a former national security adviser to U.S. President Donald Trump happily admitted to his official involvement as "somebody who has helped plan coups d'etat, not here, but you know, other places." These types of manufactured incidents are no accidents. There is an increasing need to be alert for the recurrence of these carefully crafted incidents in the South China Sea.

The Gulf of Tonkin incident detailed by Ellsberg highlights a propensity to build policy responses based on events which are known to be fictitious, or events which are deliberately misinterpreted. This misinterpretation is preceded by months of poor-quality media reporting of "incidents" which create an environment where the veracity of the trigger incident is unquestioned. In 1964, it was the fictitious attack in the Gulf of Tonkin that provided the pretext for the bombing of North Vietnam.

This is the most dangerous risk arising from the current so-called FONOP exercises in the South China Sea. Are they used to create a pretext for conflict? The prospect of a miscalculation in the region is growing as maritime movements are tracked. Such incidents may be used as a pretext, accidental or deliberate, to precipitate conflict. Partner countries involved in the U.S.-led FONOP need to be particularly alert for the development of this type of situation and not let themselves be led into complicit activity.

If FONOP are really about freedom of navigation and have no hidden military purpose, then there is no barrier to establishing suitable and effective open lines of communication to reduce the risk of miscalculation and escalation. The region cannot afford to see a repeat of the Gulf of Tonkin incident. 2022 is not 1964, but the parallels cannot be ignored.