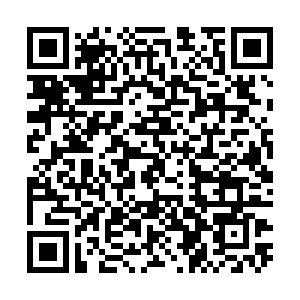 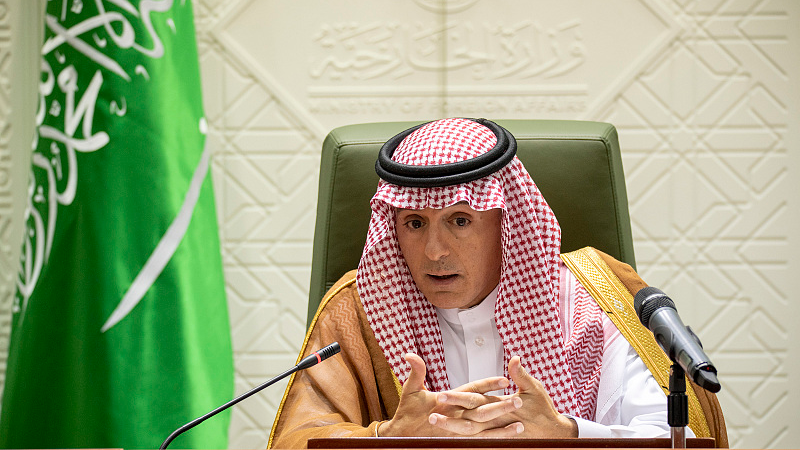 Saudi Minister of State for Foreign Affairs Adel al-Jubeir told CNBC that his country's relations with China and the U.S. aren't mutually exclusive.

Foreign Minister al-Jubeir's insight was shared against the backdrop of U.S. President Joe Biden writing in the Washington Post prior to his trip to the Kingdom that his visit is partially motivated by containing China and Russia. According to him, Saudi Arabia is one of the countries that can help the U.S. "counter Russia's aggression, put ourselves in the best possible position to outcompete China, and work for greater stability in a consequential region of the world."

Quite clearly, however, Saudi Arabia's top diplomat sees everything very differently. Not only has his kingdom refused to jump on the U.S.'s anti-Chinese bandwagon to extend credence to the false claims that Beijing is carrying out a "genocide" in Xinjiang, but it also hasn't sanctioned Russia for its "special military operation" in Ukraine either. To the contrary, economic and even military ties with China have expanded over the past years while Saudi Arabia and Russia coordinate closely on the oil market.

Saudi Arabia's balanced foreign policy therefore aligns with multipolar trends. This Gulf kingdom proved that it's indeed possible to have mutually beneficial relations with the U.S. on one hand, and China and Russia on the other, despite America considering those two to be its geopolitical opponents. As Foreign Minister al-Jubeir told CNBC, "We build bridges with people," which is the opposite of the barriers that the U.S. wants its partners to construct against China and Russia. 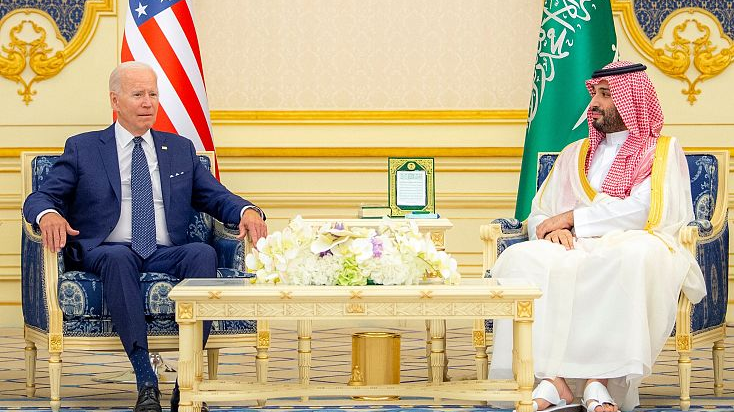 The example being set by Saudi Arabia is that even close American allies can defy the declining unipolar hegemon's pressure to choose between it and its self-declared opponents. To be sure, Saudi Arabia is also a strong country with the political will and vision to implement an independent foreign policy, which some other countries lack. Nevertheless, it also knows that defying the U.S. can lead to unpredictable consequences, though its partner seems reluctant to punish it.

Saudi Arabia is important enough for the U.S. that Washington would only accelerate its declining unipolar hegemony by too forcefully pushing back against the kingdom. For instance, America needs Saudi oil in order to relieve pressure at the pump that it claims is connected to the Ukrainian conflict. Not only that, but its sale of oil in dollars is one of the primary reasons why that currency remains the global reserve one, though that's gradually changing as the yuan increasingly internationalizes.

This Gulf kingdom could deal a deathblow to the dollar at any moment if it suddenly decided to sell oil in yuan. Any decision to end the petrodollar is the "nuclear option" that it could resort to a worst-case scenario if the U.S. decided to react in ways that the Saudi leadership regarded as unacceptable. Even without that, however, Saudi Arabia is still playing a meaningful role in the global systemic transition to multipolarity through its balanced foreign policy.

That in and of itself speaks to just how rapidly West Asia is changing. Two decades ago, it would have been unimaginable for many that Saudi Arabia would one day refuse to bend to American pressure for it to turn against China and Russia. America's many mistakes in the region over the years convinced countries like Saudi Arabia that their ally can no longer be relied on like before. Instead, they realized the pragmatism of pursuing a balanced and independent foreign policy to hedge against risks.

Putting one's eggs all in the same proverbial basket is a recipe for vassalhood, yet that's precisely what the U.S. demands of its partners, unlike China and Russia which respect others' diplomatic relations so long as they aren't at the expense of anyone else.