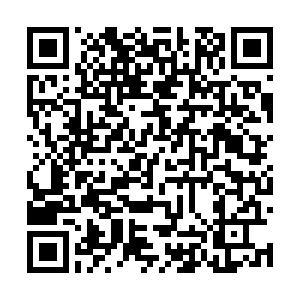 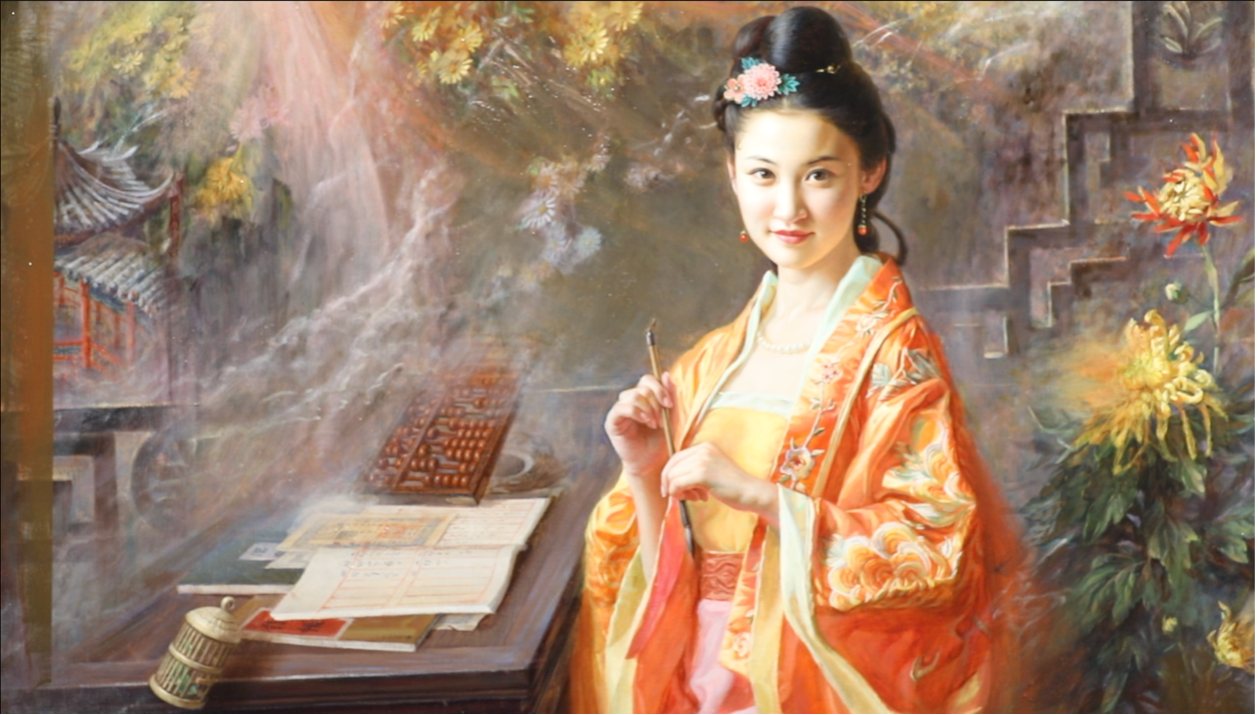 Ever since oil painting was introduced to China some hundreds of years ago, the Western style of painting has been studied and recreated by numerous Chinese painters. However, many of them, such as artist An Jing, incorporate traditional Chinese painting technique in their works.

Her art space showcases some of her paintings inspired by the characters in well-known Chinese fantasy novel "Liaozhai Zhiyi," or "Strange Tales from a Chinese Studio."

"It took me eight years to paint the Liaozhai series, depicting 27 stories. It's an important representative of my work from a certain period in my life."

More than 300 years ago, scholar Pu Songling wrote nearly 500 stories about ghosts and demons to reflect the social problems of that time. Recreating them, An added some of her thoughts with brush strokes.

"Oil paintings are generally based on reality, while the Liaozhai stories are pure fantasy. Therefore, I borrowed many Chinese painting techniques, such as emptiness and lots of blank spaces, giving people a lot of space to use their imagination. I am a Chinese painter, deeply influenced by traditional Chinese paintings." 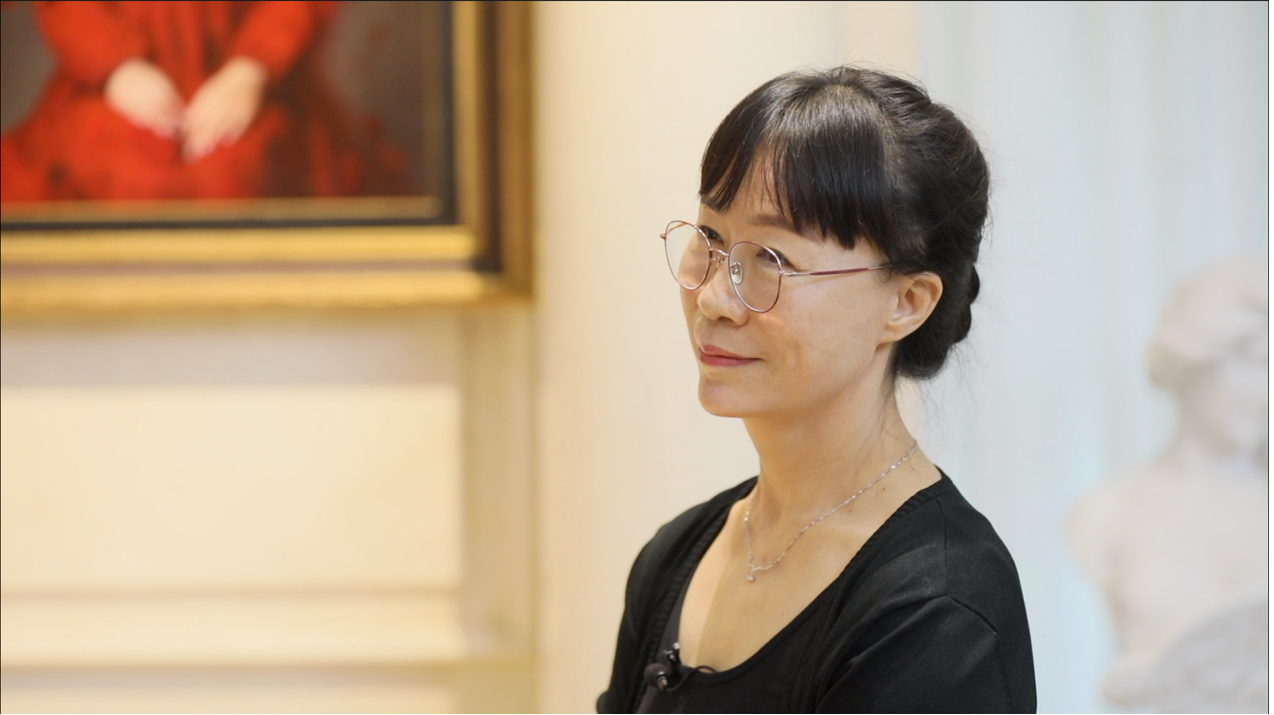 Fond of oil painting since childhood, she has created many portraits with a unique female perspective. "Chinese paintings leave people a lot of space to imagine, but oil painting makes me feel concrete. The latter attracts me more and makes it a lot more fun for me." 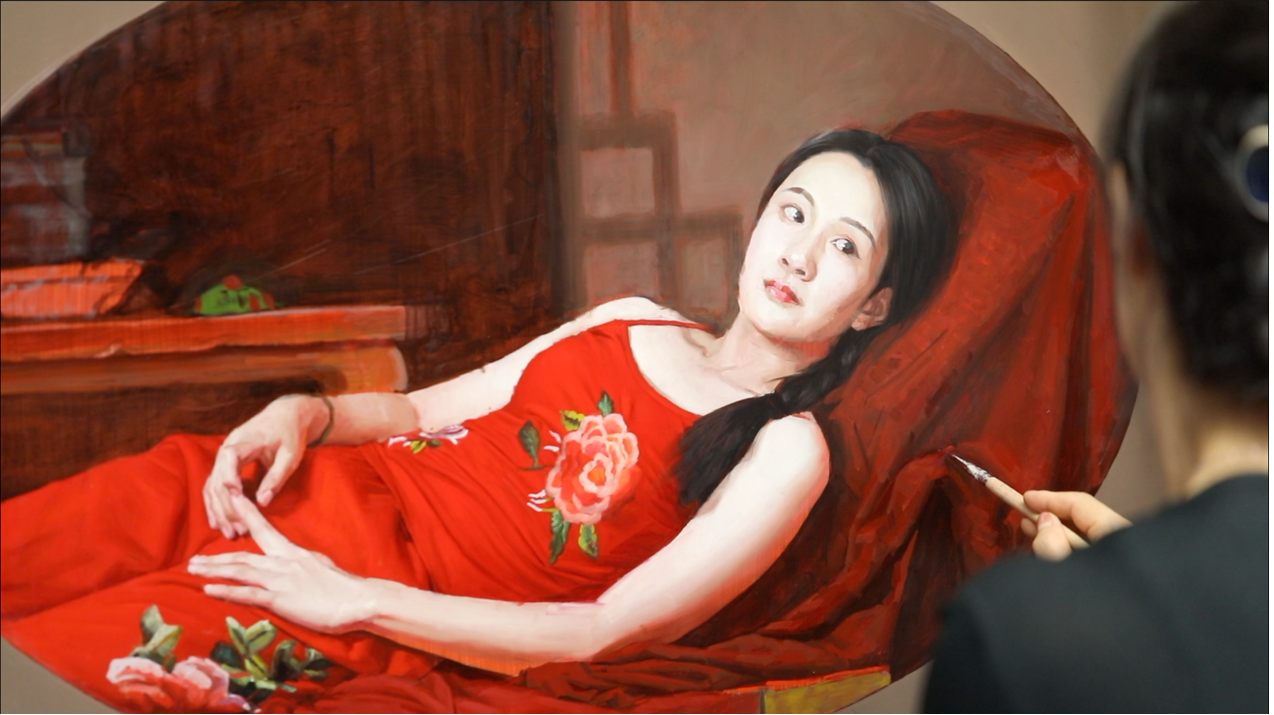 An Jing works on her latest creation. /CGTN

An Jing works on her latest creation. /CGTN

Having worked as a middle school art teacher for more than 20 years, An found her students, especially teenage girls particularly beautiful. 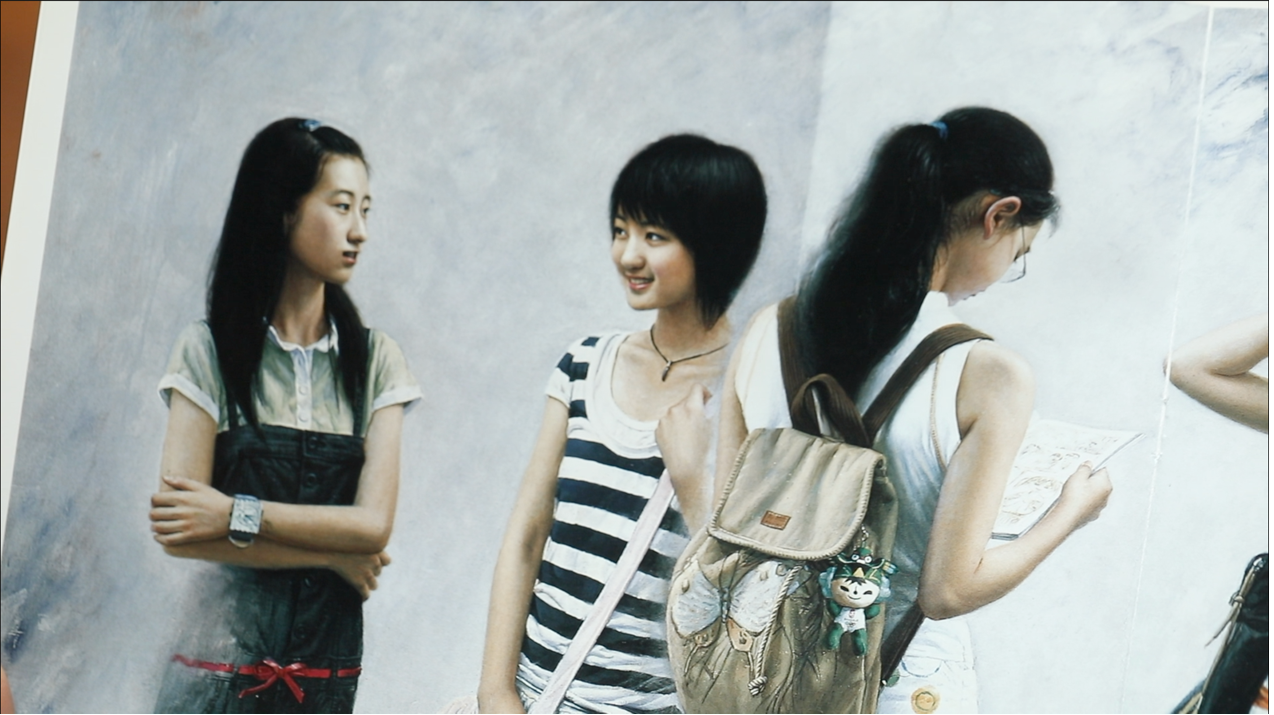 A painting from An Jing's "Middle School Student Series." /CGTN

A painting from An Jing's "Middle School Student Series." /CGTN

"My paintings were first recognized by people because of the 'Middle School Student Series.' In this series, I painted adolescent girls aged 13 to 16," said An. "A very important characteristic of European oil painting is that it should be thick and heavy, and the colors should be richly layered. The tone is relatively dark. But when I painted middle school students, especially adolescent girls, I wanted to brighten up the hue. However, when I did it, the sense of thickness disappeared. Therefore, I was constantly looking for a balance. Finally, I found a bright gray tone."

Ten years ago, An decided to be a full-time painter. She then had more time to work on her technique, specifically how to use Western painting skills to present traditional Chinese cultural elements. A painting from An Jing's folklore series. /CGTN

A painting from An Jing's folklore series. /CGTN

"I had lived in the countryside in Hebei Province for more than 10 years. The Chinese style folklore color collocation is very special, with the red-and-green combination being very common. It could make an impactful visual effect, very beautiful. I've also been exploring how to make them appear in oil paintings."

Female subjects have been a very important component in oil painting throughout history. An said that many of the best painters are male and that she has a different perspective from them.

"I think male painters appreciate women from the outside to the inside, while I, as a woman, appreciate them from the inside out."