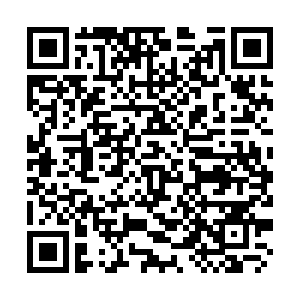 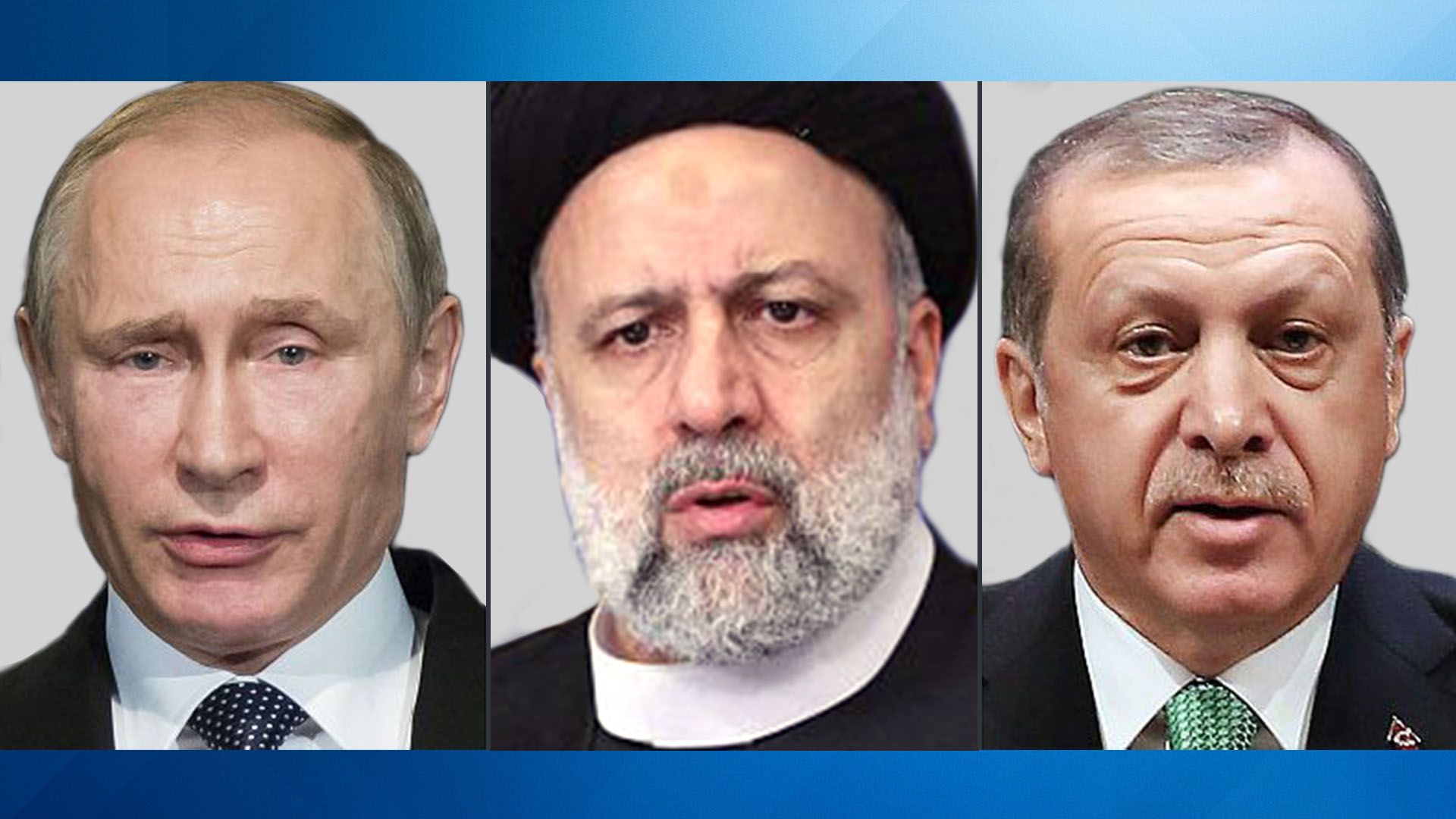 The Middle East has always been a geopolitical hotspot. So, it is hardly surprising that close on the heels of U.S. President Joe Biden's first official visit to the region last week, Russian President Vladimir Putin and Turkish President Recep Tayyip Erdogan are flying in to the Iranian capital on Tuesday to hold talks with their Iranian counterpart, President Ebrahim Raisi.

The three leaders will reportedly discuss the Syria conflict, but that is not to say the trio won't exchange notes on other burning topics and developments in the region, including the ramification of Biden's desperate bid to re-establish U.S.'s rapidly evaporating influence in the Middle East through new alliances and partners.

"We will not walk away and leave a vacuum to be filled by China, Russia or Iran," Biden said in a speech in the Saudi city of Jeddah assuring Arab leaders that his country would remain fully engaged in the Middle East. Even the U.S. allies in the region might be uneasy with that assertion knowing fully well that Washington's over-engagement in the Middle East has nearly always ended up in disaster – look at Iraq, Libya, Syria, Yemen and Palestinian Territories.

Axes to grind against the U.S.

Beijing, Moscow and Tehran have each separately rejected Biden's incendiary remarks, with Iran accusing the U.S. president of provoking "tensions and crises" in the Middle East. Russia and Türkiye have their own axes to grind against the U.S. too.

While the Ukraine conflict has pitted the U.S. and its allies, almost directly, against Russia – the U.S. no longer conceals the fact that it is a party in the conflict, backing the Ukrainian government openly with funds and weapons while rallying along with its allies to impose stringent sanctions against Moscow – Washington has lately parted ways with Ankara, a NATO ally, over their different interests in Syria.

Senior U.S. officials have gone public with their concerns that Türkiye is planning to renew military operations in northern Syria, warning that such an action will hit U.S. interests and have disastrous consequences for the American forces in the region in their fight against the Islamic State.

Amid these concurrent backdrops, Tuesday's trilateral summit among the top Russian, Turkish and Iranian leaders gains added significance. It is also no coincidence that the three countries are hit by a series of U.S. sanctions – Iran and Russia to a large extent while Türkiye to a lesser extent.

Russia, Türkiye and Iran have in recent years met to discuss Syria as part of the "Astana Peace Process" to end more than 11 years of conflict in the embattled Middle Eastern country. All the three countries are involved in Syrian affairs, with Russia and Iran supporting the Bashar Assad government in Damascus, while Türkiye backing one of the rebel factions. 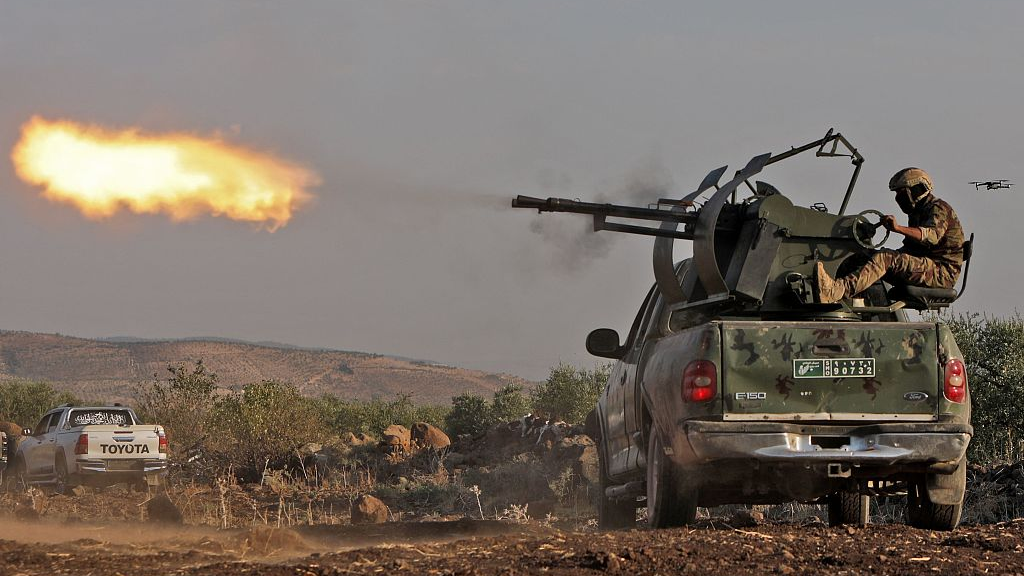 A Turkish-backed Syrian fighter fires a turret in the back of a technical vehicle during military drills in the district of Sheikh Hadid in the Afrin region of northwestern Syria, August 5, 2021. /CFP

A Turkish-backed Syrian fighter fires a turret in the back of a technical vehicle during military drills in the district of Sheikh Hadid in the Afrin region of northwestern Syria, August 5, 2021. /CFP

Türkiye reportedly wants to carry out a "special operation" in northern Syria to secure what it sees as its own interest, in ways similar to Russia's actions in Ukraine. Erdogan has in the past carried out military offensive targeting Kurdish fighters who Ankara describe as "terrorists." These include the U.S.-backed Kurdish People's Protection Units (YPG).

Türkiye fears a strong Kurdish presence along its border with Syria will encourage the banned Kurdistan Workers' Party, which has been waging an insurgency against Türkiye for decades, claiming tens of thousands of lives.

Erdogan is hoping that Putin, in the aftermath of the Ukraine crisis, will be more conducive to the Turkish plans and that Raisi will be on board too. Russia and Iran have previously urged caution and hoped that Türkiye won't launch an attack on Syria.

While recent official remarks from Tehran seemed more forthcoming in acknowledging Ankara's security concerns, they were soon retracted suggesting that differences have cropped in. Late last month, Iran's Ambassador to Türkiye, Mohammad Farazmand, said: "We understand that... maybe a special operation might be needed… Türkiye's security concerns must be tackled fully and permanently." Within days, Farazmand's boss, Iranian Foreign Minister Hossein Amir-Abdollahian said that a Turkish military operation in Syria "would be a destabilizing element in the region."

It is these differences that the three leaders will aim to iron out as they meet in Tehran while also coordinating their views on Syria to not only avoid tension but to come to a consensus for the long-term security of the region. The meeting will also give Putin, Erdogan and Raisi a chance to assess their independent relations with the U.S. and the constant geopolitical irritant that Washington has come to mean for each of these countries and the region. The high-handed manner with which the U.S. treats its friends and foes may even serve as a catalyst for the three countries, with huge stakes in the peace and stability of Middle East, to cooperate further.

The fact that they have successfully kept the U.S. – a self-imposed key player in Syria and the larger Middle East – at bay from these conversations is indicative of Washington's rapidly waning influence and prestige in the region. There was once a time when any substantial forum for peace talks in the Middle East would be unimaginable without the U.S. also present on the table, mostly as an arbiter or mediator. But times have changed. Moscow, Ankara and Tehran are hoping to determine the future of Syria without the involvement of Washington.

In this light, the timing of the trilateral summit involving Putin, Erdogan and Raisi sends out a strong signal that the regional powers no more need a global hegemon to resolve regional issues.