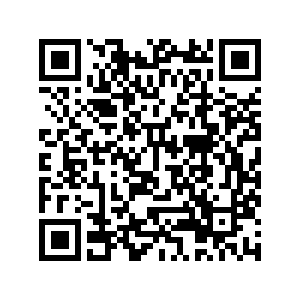 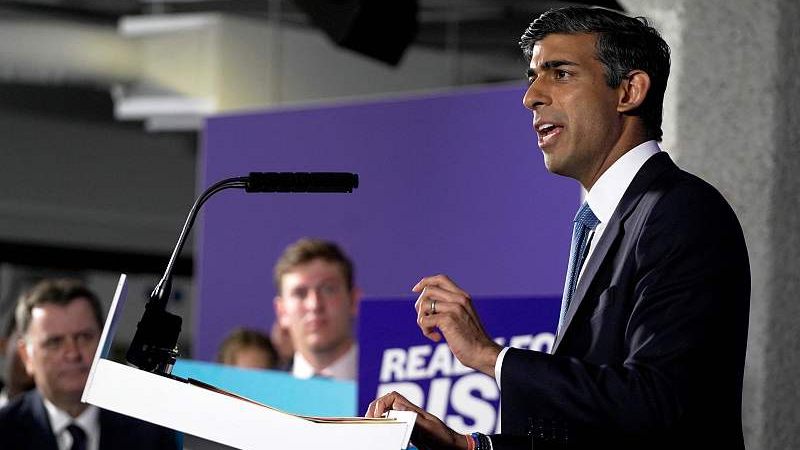 Rishi Sunak, Britain's former Chancellor of the Exchequer and candidate to become the next prime minister, delivers a speech at the Queen Elizabeth II Center in London, July 12, 2022. /CFP

Rishi Sunak, Britain's former Chancellor of the Exchequer and candidate to become the next prime minister, delivers a speech at the Queen Elizabeth II Center in London, July 12, 2022. /CFP

It was simply a matter of time before Prime Minister (PM) of the United Kingdom (UK) Boris Johnson was thrown out of office, or would throw in the towel himself. Both his personal and official scandals were too blatant for the conservative, albeit pretentious, British society. His Conservative Party could also not stand the embarrassment.

Consequently, there is heightened political activity within Johnson's Conservatives to find his successor. But unlike previous cases, this time round there is no obvious or popular choice for the disgraced PM in the current crop. Rather, going by tradition, there is no strong Caucasian candidate to replace Johnson as leader of the Conservatives, and thus PM come September 5.

In the ensuing jostling, the racial and gender diversity of the candidates has come into sharp focus more than ever before. The women card is not raising as much interest compared to racial diversity though. The UK has had two women premiers already. Margaret Thatcher held office from 1979 to 1990, while Theresa May was PM from 2016 to 2019. The verdict is still out on their performance vis-à-vis that of the men, but it shows that there is a semblance of gender parity at the top.

In the current crop of contenders, former Chancellor of the Exchequer, Rishi Sunak, whose Indian parents were born in East Africa, represents the new racial realities and even possibilities in UK's political field. He is actually seen as a forerunner to become next PM due to his strong profile in public office. Sunak's resignation on July 5 is seen as the last nail on Johnson's political coffin.

Jaweed Kaleem and Christina Boyle of the "Los Angeles Times" predicted in an opinion on July 18 that "Britain's next prime minister is unlikely to be a white man." Of the five top contenders in the race, there are three Whites, one man of Indian descent and one woman of Nigerian descent. The initial group of 11 candidates included more politicians of color including people of Iraqi, Pakistani and Indian descent.

But like in other European countries, race in the UK is still a touchy matter. While Britons of color – aka non-Whites –form a small percentage of the UK population, they are a growing demographic in terms of numbers, political and socio-economic influence. According to a Research Briefing titled, "Ethnic diversity in politics and public life" published in November of last year by the UK Parliament, 14 percent of the UK population was from a minority ethnic background in 2021. 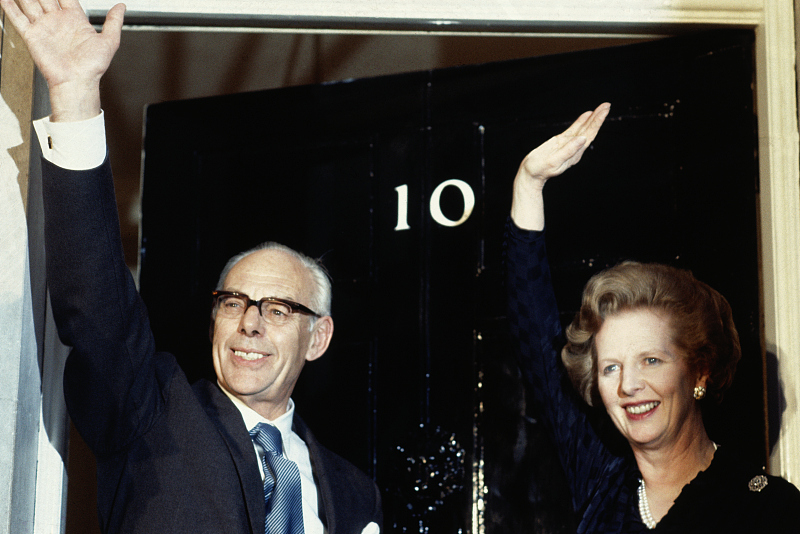 Beyond the posturing, the UK is still generally a racially insular society. Racism is still a huge challenge in modern UK, with latest statistics showing that racially motivated hate crimes are the highest reported type of hate crime in the country. A total of 85,268 racially aggravated offences were recorded in 2020/2021 – up 12 percent from the 76,158 reported in 2019/2020. Race and nationality hate crimes rose by a shocking 73 percent in 2021.

The recent immigration deal with Rwanda for the extradition of illegal immigrants to the small East African country raised international outcry for its racial undertones. The UK was accused of taking advantage of a poor African country to do its dirty work. This is definitely a dubious distinction for the UK amid its pontifications against human rights abuses in African countries.

Whatever the outcome of the forthcoming elections, the political field in the UK has drastically changed going forward. At an opportune moment, a charismatic Conservative will emerge, similar to the unstoppable rise of African American Barack Obama of the Democratic Party in the United States who became the first president of color in the notoriously politically racial country.

Such an eventuality, could actually happen this year with the election of Sunak and it would be a long overdue mea culpa by the former colonial power to its hapless colonies. But there are fears within the British Establishment that opening that door might lead to an uncertain future as the number of minorities, including religious demographics like Muslims, increase exponentially commensurate to the decreasing numbers of the White indigenous population. Also, what fundamental policy shifts would a non-White PM inspire?

It could also set a precedence for other European countries like France, Spain and Italy who have increasing colored populations both internally and through immigration. These are racially trying times not just for the UK, but for the European Union as a whole.