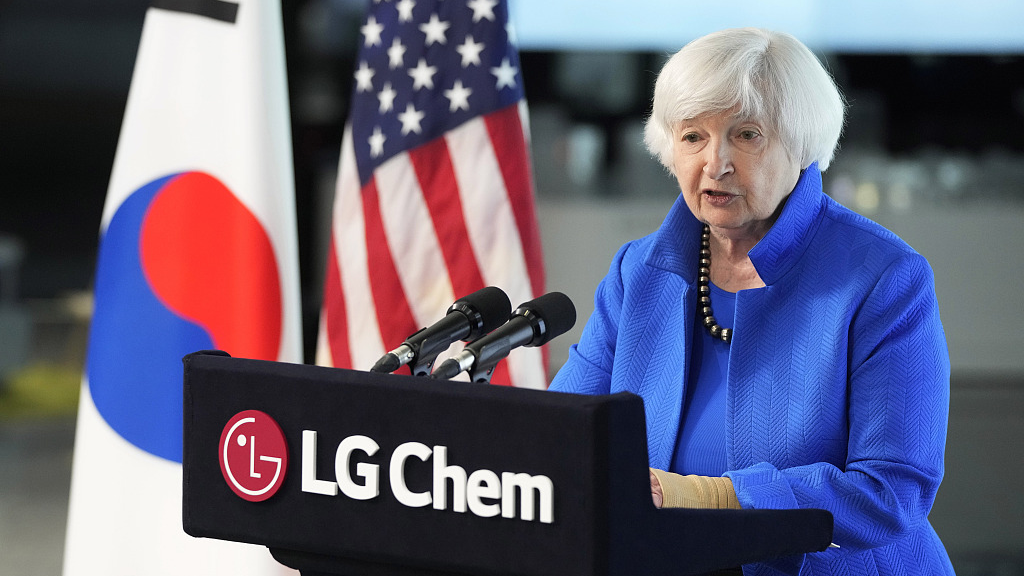 In her prepared speech ahead of a Tuesday meeting with Republic of Korea (ROK) President Yoon Suk-yeol, U.S. Treasury Secretary Janet Yellen blamed China for so-called unfair trade practices and claimed China is using its market standing to exercise "unwanted geopolitical leverage." Her speech also ties these groundless allegations to Washington's warped sense of "national security interests." But it is highly unlikely that an anti-China rhetoric will translate into Yellen's economic and trade courtship of Seoul, as well as the broader network of "trusted" U.S. partners.

First, the very idea of putting distance between Seoul from Beijing, and deepening U.S. trade ties in the process, is complete fantasy. Beijing has served as Seoul's largest trade partner since 2014, an experience enriched through multisector cooperation and their landmark free trade agreement. Thus, playing up falsehoods about China's market disruption won't benefit U.S. trade credibility with Seoul, nor can they help lay the groundwork for selective market engagement with China.

On genuine market concerns, it is America that continues to campaign for industrial policies that are favorable to itself. Washington's narrative on open markets makes no mention of U.S. commitments to unilateral tariffs, trade barriers, and sanctions, despite the costs of some of these measures backfiring on its own citizens. Yellen's push to engage more with "trusted" trading partners also ignores key regional realities.

That includes the fact that America is on the sidelines of Southeast Asia's major multilateral trade arrangements, and backs a framework for economic integration that is big on geopolitics, not economic integration. Washington's pursuit to secure economic buy-in from Asia is also constrained by its reluctance to coexist with each and every country in the region, including Seoul's biggest trading partner. And despite these glaring realities, Yellen thinks that more anti-China trade rhetoric will render U.S. leadership credible in Seoul. 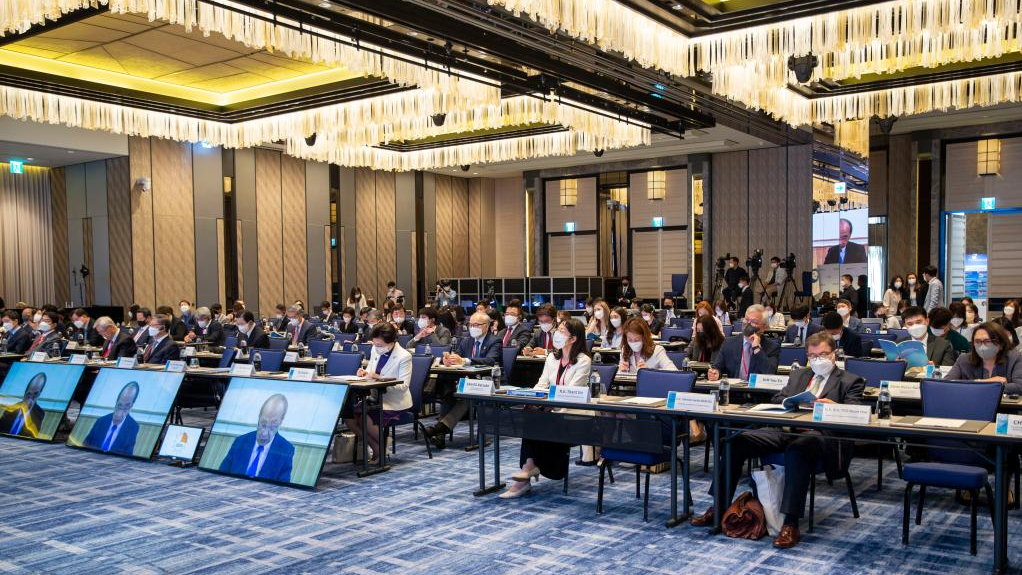 The International Forum for Trilateral Cooperation 2022 among China, Japan and the ROK is held in Seoul, the ROK, June 14, 2022. /Xinhua

The International Forum for Trilateral Cooperation 2022 among China, Japan and the ROK is held in Seoul, the ROK, June 14, 2022. /Xinhua

"We cannot allow countries like China to use their market position in key raw materials, technologies, or products to disrupt our economy or exercise unwanted geopolitical leverage," Yellen said in remarks at an LG Group-run research and development complex in Seoul.

On raw materials, Yellen's takes deliberate exception to Beijing's admirable success in nurturing domestic competitiveness, and building a sense of self-sufficiency that no amount of U.S. bashing can undo. There is no credible evidence to back the fiction that China's raw material and technological prowess has been tantamount to economic disruption. As a result, Yellen's toxic allegations bring with them the echoes of Cold-War containment, ill-suited to a region that treasures the values of inclusion, peace, and development, and a China-ROK trade partnership grounded in mutual respect.

Similar weaknesses accompany Yellen's proposal to diversify supply chains with "trusted" partners, using "national security" as a cover. Consider how the proposal – billed as "friend-shoring" – is less about reducing economic risks together in the region, and more about playing up the fiction of "unfair Chinese practices" and their so-called damage to national security interests. If there was any question about the U.S. – not China – using markets as "unwanted geopolitical leverage," Yellen's words remove all doubt.

Understand that markets respond to innovation, not coercion. Beijing's advocacy for a market system built on inclusion is echoed by many in Asia. That stand remains critical to preventing the politicization of the same system to serve particular ideological prejudices. It is here that Yellen's anti-China messaging suggests the very opposite of what she hopes to accomplish in Seoul: protecting countries against threats and manipulation from geopolitical rivalries. "Resilient supply chains mean a diversity of sources of supply and eliminating to the extent we can the possibility that geopolitical rivals will be able to manipulate us and threaten our security," she said in a recent interview.

That narrative will not stand a day's scrutiny. Yellen's push to elevate ROK-U.S. trade ties is driven by the assumption that there will be anti-China buy-in from Seoul, making it certain that the dangers of geopolitical rivalry stem from those that willingly endorse it.