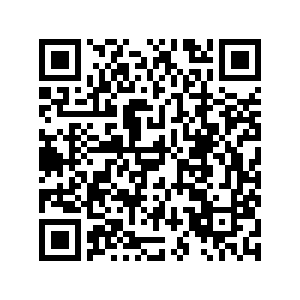 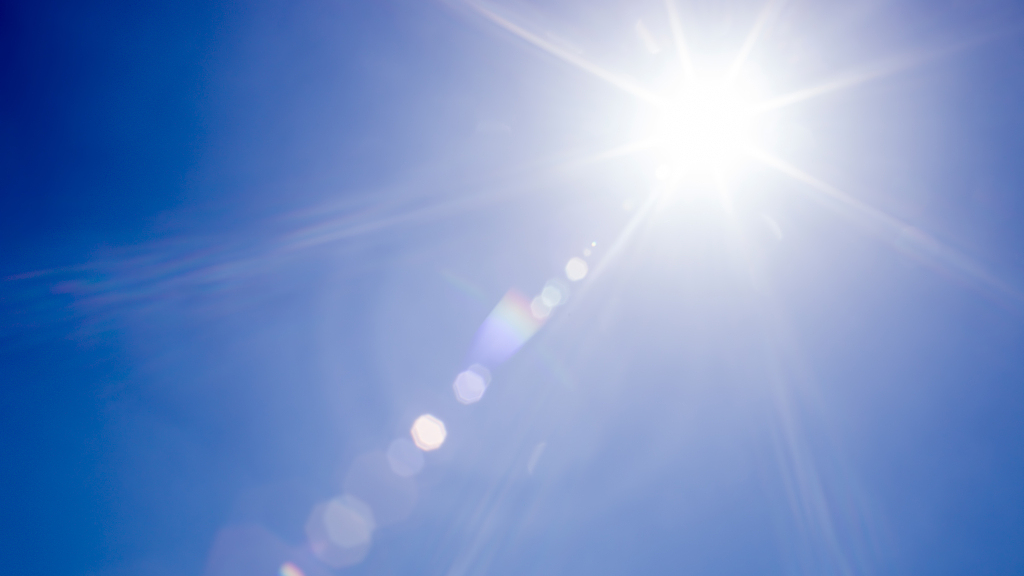 The World Meteorological Organization (WMO) warned on Tuesday that Europe's heat wave could persist into the middle of next week, whereas the negative impacts of climate change are bound to continue at least until 2060s.

"The question that everybody is asking looking ahead is when this is going to end. Unfortunately, looking at all the models from our partners at a national and regional level, possibly not until the middle of next week," Robert Stefanski, chief of Applied Climate Services at the WMO, said at a joint press briefing with the World Health Organization (WHO).

According to Stefanski, the heat wave is already peaking in western Europe and is moving eastward, "but temperatures will still be much above normal."

"When sportsmen use such substances, the intensity of their performance increases. Similarly, we have been doping our atmosphere by injecting more and more greenhouse gases, especially carbon dioxide, into the atmosphere," said Taalas. 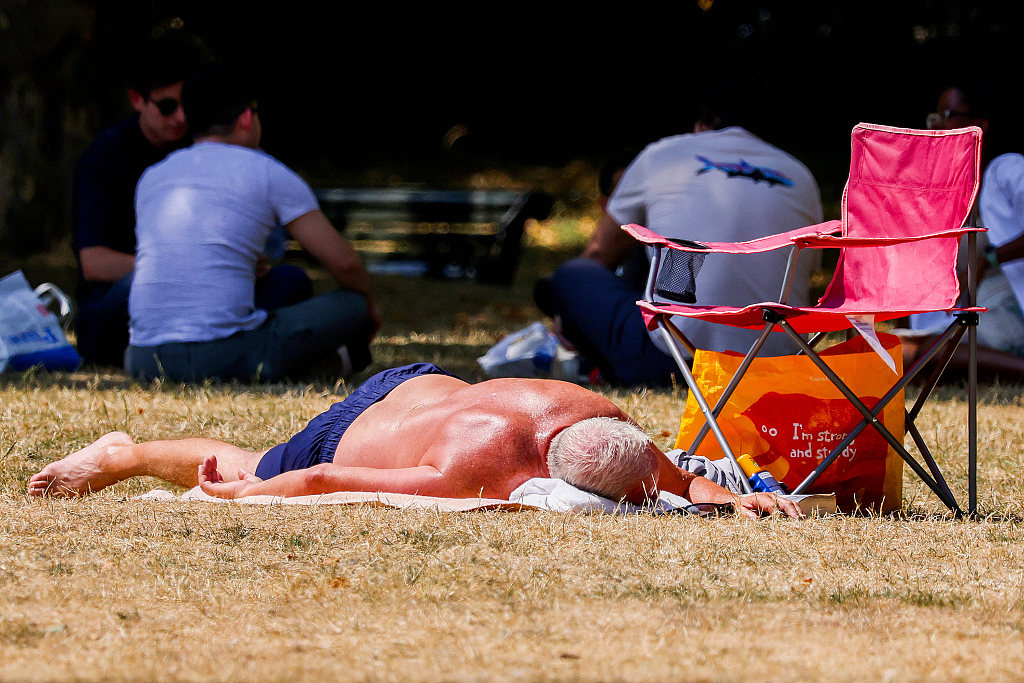 People are out in the sunshine at Green Park during Met Office Red Alert warning for parts of the UK as temperatures are expected to hit record highs of plus 40 degrees Celsius, London, UK, July 19, 2022. /CFP

People are out in the sunshine at Green Park during Met Office Red Alert warning for parts of the UK as temperatures are expected to hit record highs of plus 40 degrees Celsius, London, UK, July 19, 2022. /CFP

The authorities in Hungary issued a Level-3 heat alert on Tuesday as the country is hit by a heat wave that has brought scorching temperatures to western Europe.

The alert is expected to remain in force until at least Saturday midnight. This is Hungary's second Level-3 heat alert this summer. The previous one was issued on June 27 and lasted three days.

This summer has been unusually hot and dry in Hungary. The drought has damaged crops, wheat has to be harvested early and the cornfields are struggling to thrive without water.

The maximum daytime temperatures in Hungary are expected to peak on Thursday at around 40 degrees Celsius.

The heatwave also swept across the Netherlands on Tuesday, one of the hottest days since the Dutch measurements started in 1901.

The highest temperature of the day, 39.5 degrees, was measured in Maastricht, a city in the southern province of Limburg, according to the Royal Netherlands Meteorological Institute (KNMI). In the coastal province of Zeeland, temperatures rose to 39.1 degrees. 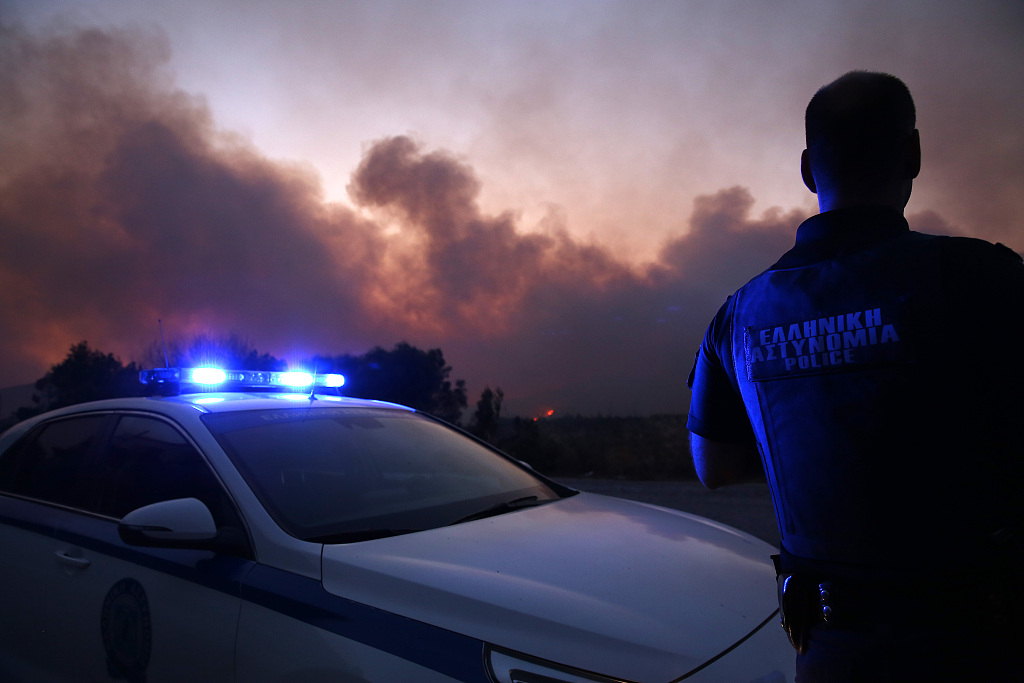 A police officer watched wildfires burn a residential area just outside Athens on the slopes of the Penteliko Mountain in Drafi, Greece, July 19, 2022. /CFP

A police officer watched wildfires burn a residential area just outside Athens on the slopes of the Penteliko Mountain in Drafi, Greece, July 19, 2022. /CFP

Extremely high temperatures were also recorded on Tuesday in Switzerland and much of southern France. In Italy, Wednesday will mark a "code red" state of emergency in nine cities. The warning, which means the heat could be life threatening, will impact cities including Rome, Florence and Bologna. Italian officials warned residents and tourists to stay indoors during the hottest hours of the day.

The heat wave has also led to several fire disasters across Europe.

On Tuesday, a team of Croatian aerial firefighters joined their colleagues in Bosnia and Herzegovina (BiH) to help put out a fire that has been raging since Saturday on Cvrsnica Mountain, some 50 kilometers south of Sarajevo, said Ministry of Security of BiH.

In another development, a massive wildfire broke out Tuesday in the northern suburbs of Greece's capital Athens, damaging houses and leading to evacuation of residents in four communities at the foothills of Pentelikon mountain.

Fire Service spokesperson Ioannis Artopoios told a televised emergency press briefing that there were no reports of people trapped.