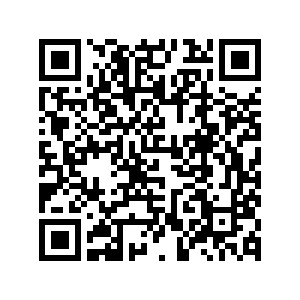 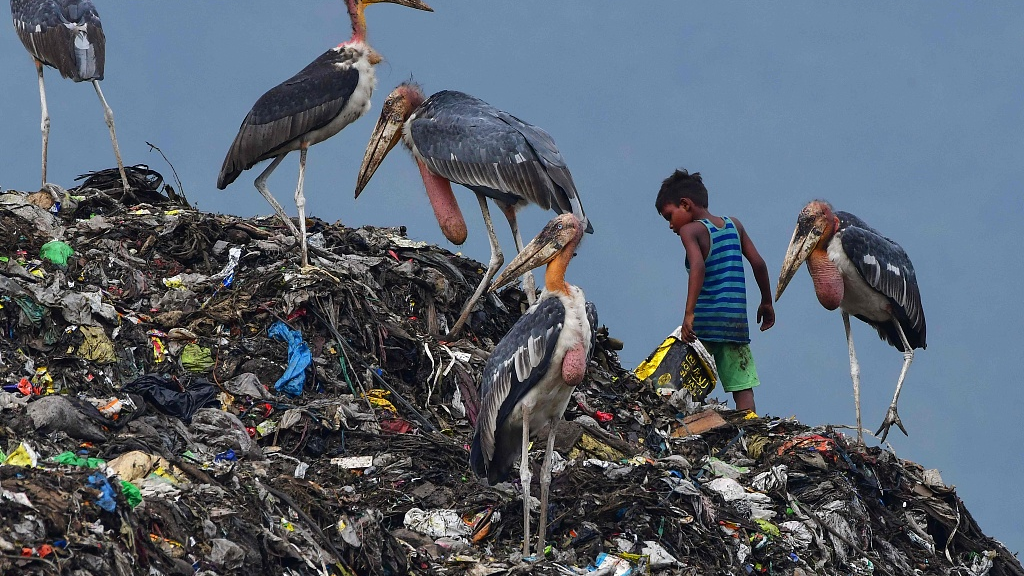 A boy searches for recyclable materials next to greater adjutant storks at a garbage dumpsite in Guwahati, India, June 4, 2022. /VCG

A boy searches for recyclable materials next to greater adjutant storks at a garbage dumpsite in Guwahati, India, June 4, 2022. /VCG

At recent gatherings of G7 leaders, NATO members and G20 foreign ministers, it was clear to everyone that the world is facing a confluence of emergencies unlike anything we have seen in recent decades. International tensions have risen to alarming levels on the back of increasing food and energy insecurity, depreciating currencies, looming debt crises, the ongoing COVID-19 pandemic, intensifying effects of climate change, and armed conflicts.

Previously a forum for tackling financial and economic problems, the G20, chaired by Indonesia this year, has been pushed into perilously sensitive terrain. The group's Leaders Summit in mid-November will be critically important, but we cannot wait until then to address today's intertwined crises. The G20 should launch a virtual (online) process to start working toward a common, coordinated response in advance.

According to the World Food Program (WFP), more than 800 million people are chronically hungry, with up to 323 million facing the prospect of starvation. Energy prices have soared, and COVID-19 continues to rage through the world's under-vaccinated populations (only 16.5 percent of people in low-income countries have been fully vaccinated). Moreover, about 60 percent of low-income countries are under debt distress, and communities around the world are experiencing severe droughts, floods, wildfires, and other symptoms of climate breakdown. In April, UN Secretary-General Antonio Guterres warned that today's confluence of crises "could throw up to 1.7 billion people – over one-fifth of humanity – into poverty, destitution, and hunger on a scale not seen in decades."

But though the situation is perilous, we are not powerless to change matters. Some multilateral initiatives have already been launched to address debt, energy, and food insecurity. To be effective, however such efforts must be coordinated and comprehensive. Our problems are too interconnected to be addressed through piecemeal actions. 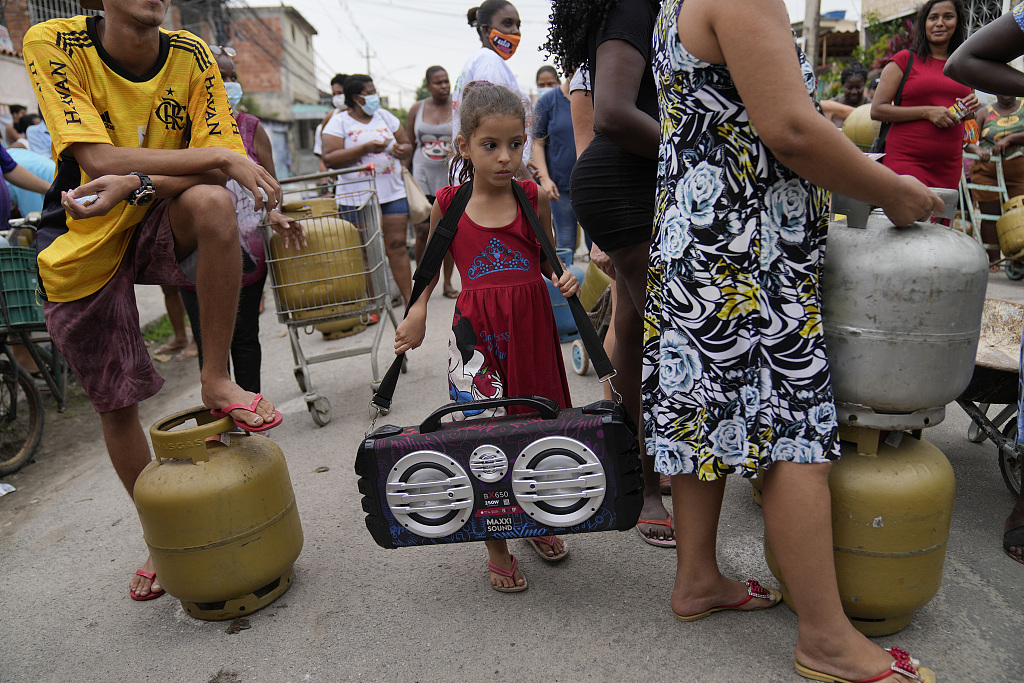 The immediate priority is to ensure fair prices and secure supplies across food and energy markets. At least $10 billion is needed to bridge the WFP's financing shortfall this year. International institutions and many governments have responded to the food crisis with initiatives such as the Global Alliance for Food Security, which was launched this spring to coordinate humanitarian financing and investments in food-system resilience. And more than 80 countries have endorsed a U.S.-led Roadmap for Global Food Security Call to Action, and there have been important regionally-focused summits, such as the Mediterranean Ministerial Dialogue on the Food Security Crisis and Uniting for Global Food Security Ministerial Conference.

Even though it is well known that open trade is crucial to containing food insecurity, more than 20 countries have imposed restrictions on food exports (through export licenses, taxes, or outright bans). While World Trade Organization member states recently agreed to exempt the WFP's humanitarian purchases from export restrictions, that is not enough. We must take full advantage of our knowledge of how the global food market operates both in the short and long run, and in terms of both supply and reserves.

Major countries holding grain stocks in reserve should release them onto the international markets to dampen further price increases; and governments should strengthen the Agricultural Market Information System to upgrade transparency and monitoring (including of futures markets) and to prevent speculation. We must ensure that more countries can build self-sufficiency through agricultural-import diversification and more resilient domestic production (where possible).

On energy, Italian Prime Minister Mario Draghi, U.S. President Joe Biden, and others have discussed creating an oil-purchasing cartel to negotiate better prices; and there are many new initiatives to accelerate the deployment of renewable energy, improve energy efficiency, and reduce dependence on fossil fuels. But we need to pick up the pace in the run-up to November's United Nations Climate Change Conference (COP27) in Egypt.

The International Monetary Fund (IMF) and multilateral development banks can and must do more to provide relief from today's food, energy, and debt crises. Only one-quarter of the IMF's trillion-dollar balance sheet is committed to providing financial assistance and debt-service relief to struggling countries. Likewise, the World Bank could lend more, by negotiating a capital replenishment with its member states and by leveraging its triple-A credit rating to crowd in private capital with loan guarantees.

To address the looming debt crisis, we require a robust preemptive multilateral restructuring and relief initiative for developing countries with unsustainable debt burdens. The share of low-income countries in debt distress, or at high risk of it, has doubled from 30 percent to 60 percent since 2015. Making matters worse, many middle-income countries' credit ratings are getting downgraded, which means they will face higher debt-service costs, since the U.S. Federal Reserve and other major central banks are tightening their respective monetary policies.

New initiatives to alleviate debt distress have to go much further than similar recent efforts had done. The Debt Service Suspension Initiative (DSSI), which was launched early in the pandemic, has since expired, after providing only $13 billion in temporary relief to 48 low-income countries. Moreover, it covered only official bilateral creditors, thus excluding the private creditors who hold the largest share of developing-country debt.

Following the launch of the DSSI, the Common Framework for Debt Treatments was established to deal with sovereign insolvency and protracted liquidity problems in DSSI-eligible countries. It is supposed to provide debt relief and restructuring consistent with a debtor's essential-spending needs and capacity to pay; but, one and a half years after its inception, only three countries have signed up (Chad, Ethiopia, and Zambia), and none has successfully completed a debt restructuring.

With participation in the Common Framework currently limited to the 73 poorest countries, the eligibility criteria have to be reviewed and expanded, and all creditors – including China and the private sector – must be incorporated into the process. Greater debt transparency is essential for effective sovereign-debt renegotiation. Private-sector participation can be required by regulations, particularly in the United Kingdom and United States, where there is already a precedent for such concerns.

Additionally, IMF surcharges (extra fees charged to highly indebted borrowing countries) should be suspended immediately. The number of countries incurring such costs has already risen from nine to 16 since the pandemic began, and the IMF projects that the total could rise to 38 by 2025.

We are facing an unprecedented confluence of crises that could gravely jeopardize our future. Once again, the world needs the G20 to step up and act with resolve.