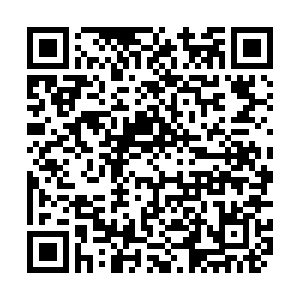 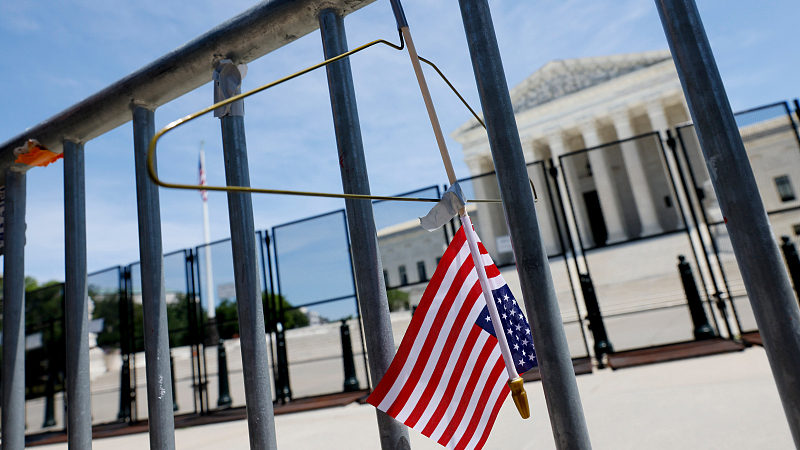 An american flag attached to a hanger on security fencing near the U.S. Supreme Court in Washington, D.C., U.S., July 4, 2022. /CFP

An american flag attached to a hanger on security fencing near the U.S. Supreme Court in Washington, D.C., U.S., July 4, 2022. /CFP

The United States is not what it was with a calendar page turned. At the end of June, the Supreme Court of the U.S. (SCOTUS) made three major decisions that would affect Americans across generations. It struck down the Roe v. Wade decision that federally protected a woman's right to abortion, invalidated a New York concealed gun law, and limited the authority of Environmental Protection Agency (EPA) to set standards on greenhouse gas emissions. With the fall of the gavel, the effect is beginning to be felt by ordinary Americans. A 10-year-old rape victim had to cross state lines to get a life-saving abortion.

The legal decisions are unsurprising when put into perspective. Former U.S. President Donald Trump inserted three conservative judges to the bench, tilting the scale in favor of the Republican Party. The Supreme Court decided in 62 percent of all cases more conservatively than ever in the past 90 years, according to professors of the Washington University and the University of Michigan. The right-turning train is expected to go down the road for decades, especially when the engine is at full steam. This June, a research by the University of Pennsylvania suggests that the Supreme Court is now more conservative than about 75 percent of the country's population.

But it is not the justices themselves who made the right turn. Getting selected into the chamber means that they serve the interests of the Republican president and the GOP. The rulings on abortion, gun control and emission showed that the Republican Party had leveraged the Supreme Court opening to redden the core issues for the U.S. society.

The Republican Party has been using anti-abortion to expand and cement its base. According to The New York Times, the partisan divide over abortion was not prominent until the 1970s. To be exact, when the 1972 presidential election approached, Republican President Richard Nixon started to take a pro-life stance to cater to Catholics and other Conservatives. Republicans also amplified their opposition to abortion in congressional elections to win over "single-issue voters." Before the 2010 mid-term election, Republicans invested $30 million in state legislatures to get bills on abortion restrictions or bans passed and harvest more votes. By reinstating the values that Conservatives all share, intra-party divides are blurred and the voters' base is consolidated.

The overturning of Roe v. Wade is a victory in one stroke. Compared with Democrats, Republican presidents have had more opportunities to appoint justices over the past 50 years. Ever since the leak of the ruling, some Republican-led states have immediately begun to review the abortion bans and restrictions. On the day of the court decision, Republicans gathered outside the Supreme Court, cheering for this cultural and ideological battle, waving banners and appealing for further moves in the conservative direction. 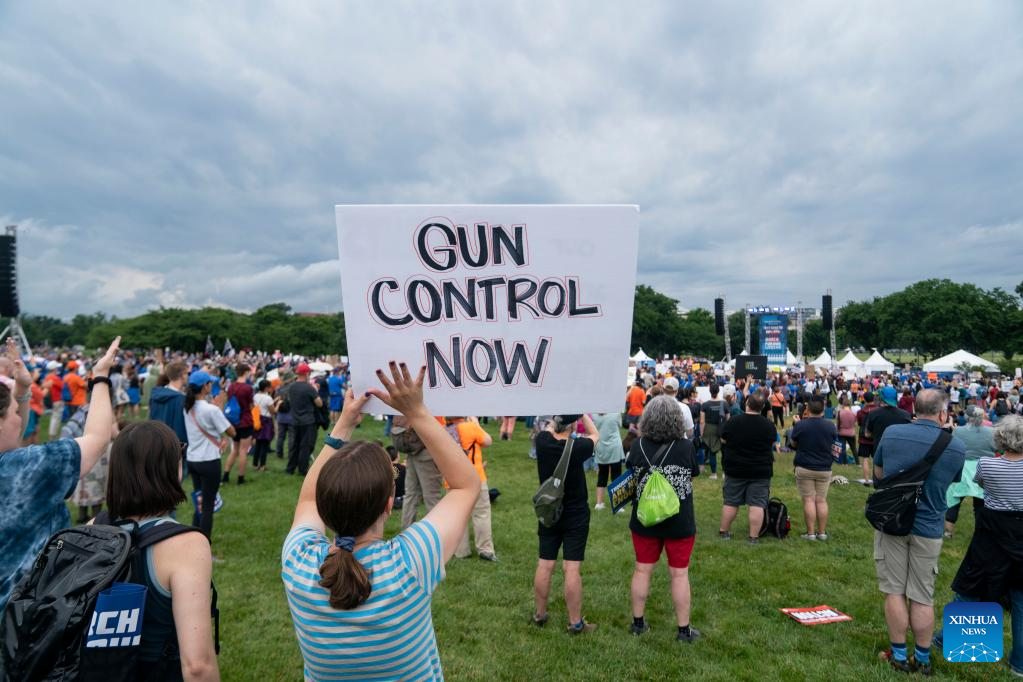 It is not just the whole party's gain that motivates Republican politicians to join the conservative struggle. On gun control, for example, they all pitch in also to enrich themselves by toeing the partisan line. When President Reagan said that "Guns don't kill people; people kill people," he was not speaking as an impartial observer. The fact is, he was a member of the National Rifle Association (NRA), the supersize pro-gun lobby. This conglomerate of more than 5.5 million members has a huge sway over American politics with immense financial input. In 2016, the NRA spent $30 million on President Trump's campaign trail, outnumbering that of all other independent groups. In return, President Trump publicly stated to the NRA that "You have a true friend and champion in the White House" in his victory speech in 2017. Trump, like his Republican predecessors, struck down gun control legislation during his presidency.

A survey in 2018 reveals that out of all Republican lawmakers, only six had not received any endorsement by the NRA. The reason is simple: those who wish to climb up the political ladder need to curry favor with the NRA, as the latter would measure its donation to the candidates depending on their attitude to gun control. It is not a coincidence that Greg Abbott, Governor of Texas, and Ted Cruz, Senator of Texas, both rank A+ in the NRA list and call for relaxing gun control in their home state. The relaxation on gun restrictions in New York is said to create "a domino effect" for other parts in the U.S. and may further benefit arms dealers.

On carbon emission restrictions, the GOP has been in tussle with Democrats over the EPA's supervisory power over the fossil fuel industry, with which the GOP has inextricable ties. By taking the power to cap emissions away from climate experts, the Supreme Court has ideologically sided with the Republican Party, which maintains connections with the oil and gas industries. As Justice Elena Kagan wrote in her dissent, "The Court appoints itself — instead of Congress or the expert agency — the decision-maker on climate policy. I cannot think of many things more frightening."

When it comes to elections and public engagement in politics, no country can be compared to the U.S., where TV programs run campaign speeches, websites are adorned with political advertisements and the public keeps bringing up political issues. And on people's sense of gain from such fanfare, no country compares with the U.S. either. However in today's America, baby girls are born with fewer rights, including the right over their own bodies, than their mothers and grandmothers. Guns are proliferating even when more than 120 innocent lives are taken away by a weapon on a daily basis. Greenhouse gas is to be let off unchecked although more and more Americans believe in a correlation between human activities and extreme weather conditions.

The Supreme Court's latest rulings have ripped the seam in the U.S. social fabric. It has shattered all those myths of "independence of justice," "separation of powers" and "system of check and balances." It has also unveiled the nature of U.S. politics: partisanship has seeped into the judicial branch and compromised public welfare. With an increasingly partisan SCOTUS, the magnificent artifice of U.S. democracy seems to be shaking and tittering. And it is the ordinary people that have to bear the costs eventually.