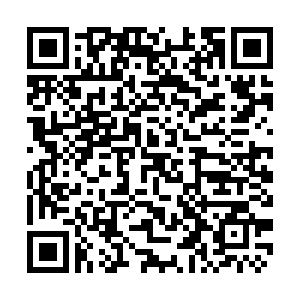 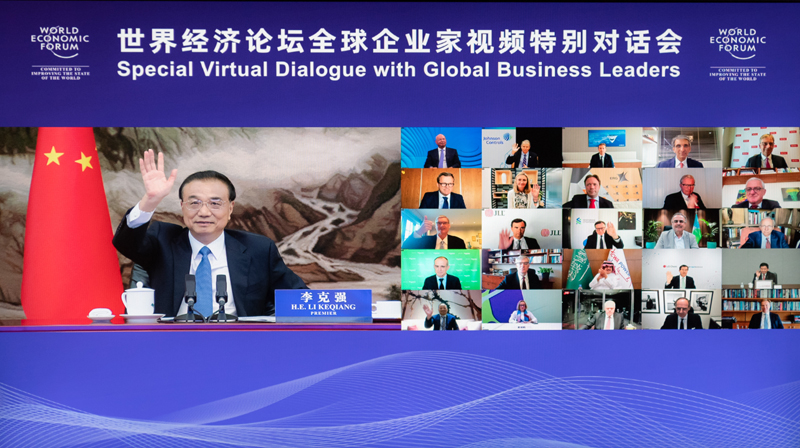 Chinese Premier Li Keqiang on July 19 delivered a speech at the Special Virtual Dialogue with Global Business Leaders hosted by the World Economic Forum, in which he gave a brief status report of the economy in China now, providing some further perspectives on his administration's policy initiatives.

Let's face the facts. China's economy is currently facing challenges due to the COVID-19 pandemic and the global repercussions of the conflict in Ukraine. The first quarter's GDP growth was at 4.8 percent, less than the overall yearly target of 5.5 percent, and the second quarter was even worse, barely at 0.4 percent, which is understandable as major cities in the country imposed a lockdown.

Premier Li's speech acknowledged these facts and appeared to indicate that going overboard with monetary and fiscal stimuli in the second half of the year to meet the 5.5 percent GDP growth target is not a policy option. In his speech, he mentioned twice the phrase, no "deluge of strong stimulus policies." This phrase specifically refers to the four trillion Chinese yuan stimulus package that the previous administration injected into the Chinese economy during the 2007-2008 financial crisis, but its negative impact lingered on thereafter for some years. There is a wide consensus within the community of macro-economics experts today that the effort at the time seemed like overkill and that it should not be repeated in the future.

As a matter of fact, Premier Li even seemed to indicate that the government should not be overly fixated on meeting a specific growth target, but rather focus on stabilizing prices and jobs. He said that "we directly respond to the needs of market entities when implementing macro policies, and stabilize employment and increase personal income by stabilizing market entities." Li's administration has introduced a basket of 33 concrete policy initiatives in that regard. 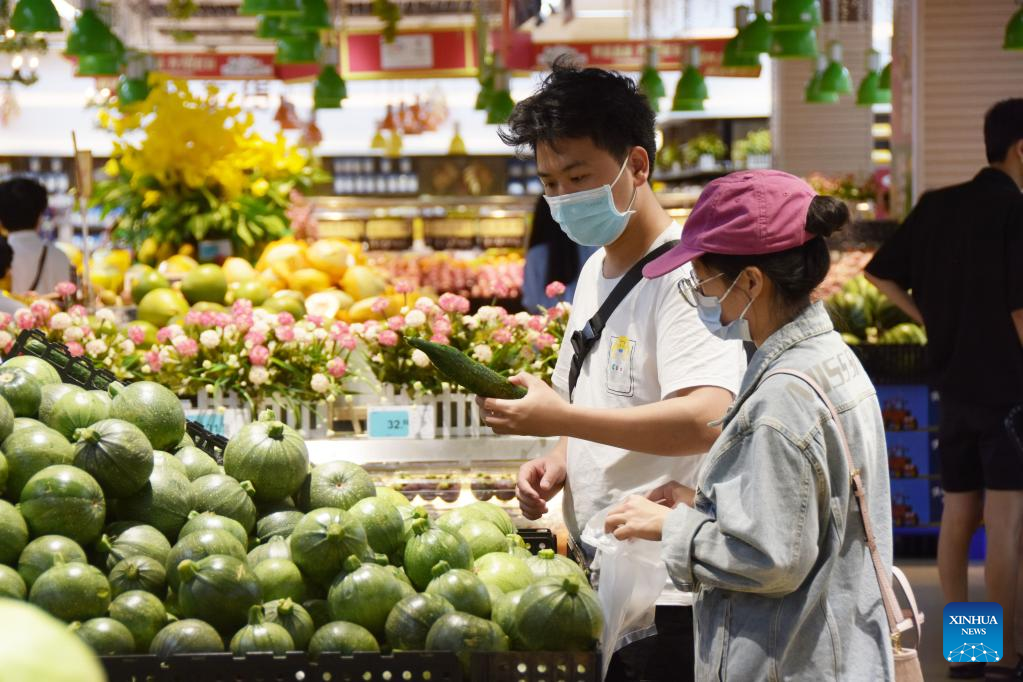 Vegetables at a supermarket in Mengzi, southwest China's Yunnan Province, May 11, 2022. /VCG

Vegetables at a supermarket in Mengzi, southwest China's Yunnan Province, May 11, 2022. /VCG

No "deluge of strong stimulus policies" also give the government more leeway to deal with potential inflationary trends. It is well understood that inflation has become a major issue as a result of the U.S. Federal Reserve's tightening-up of its interest rates and a stronger dollar, as well as the skyrocketing energy and food prices due to the conflict in Ukraine. The U.S. Consumer Price Index jumped to 9.1 percent last month from a year ago. So far we haven't seen inflation crawling ashore in China yet, but Premier Li appears to be prepared for every eventuality.

The last part of Premier Li's speech touched upon the Chinese government's commitment to continuous reform and opening-up. Amidst China's numerous assurances such policy, there has been persistent doubt in some corners in the West about the future direction of China's economic interactions with the rest of the world. Continued opening-up also means continued improvement in China's business environment in terms of providing a level playing field so that foreign companies operating in China have an opportunity to compete.

Continued opening-up also means an improved legal environment, as Premier Li said, to protect foreign companies seeking to enter more sectors and industries as they open up. These are indeed areas in which China has made great strides to transition from a former Soviet-style planned economy to a market-oriented economy. We will continue to move ahead in that direction.