Download
Graphics: Heatwaves sweep across the globe
By Sun Yiwen 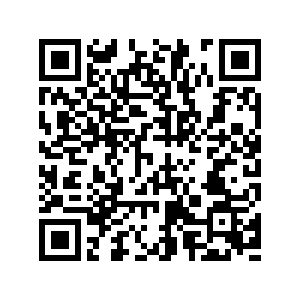 Heatwaves are sweeping the world, and the occurrence of extreme temperature events is becoming more and more frequent. In 2022, an unprecedented heatwave moved through the world and affected millions of people's lives in Asia, Europe and North America. The ongoing heatwaves will last for several weeks. Local records for the highest temperatures have been broken in many countries. 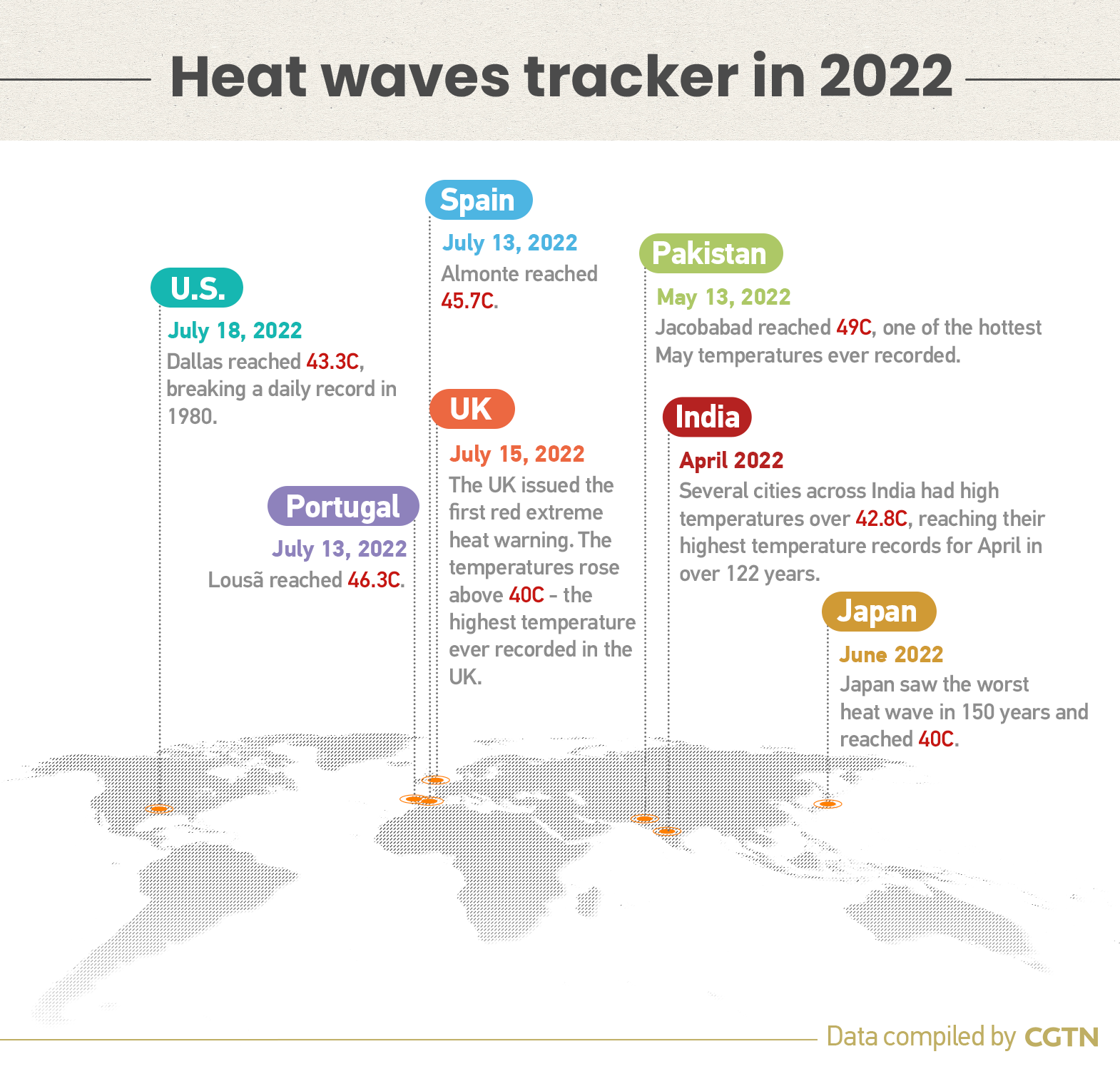 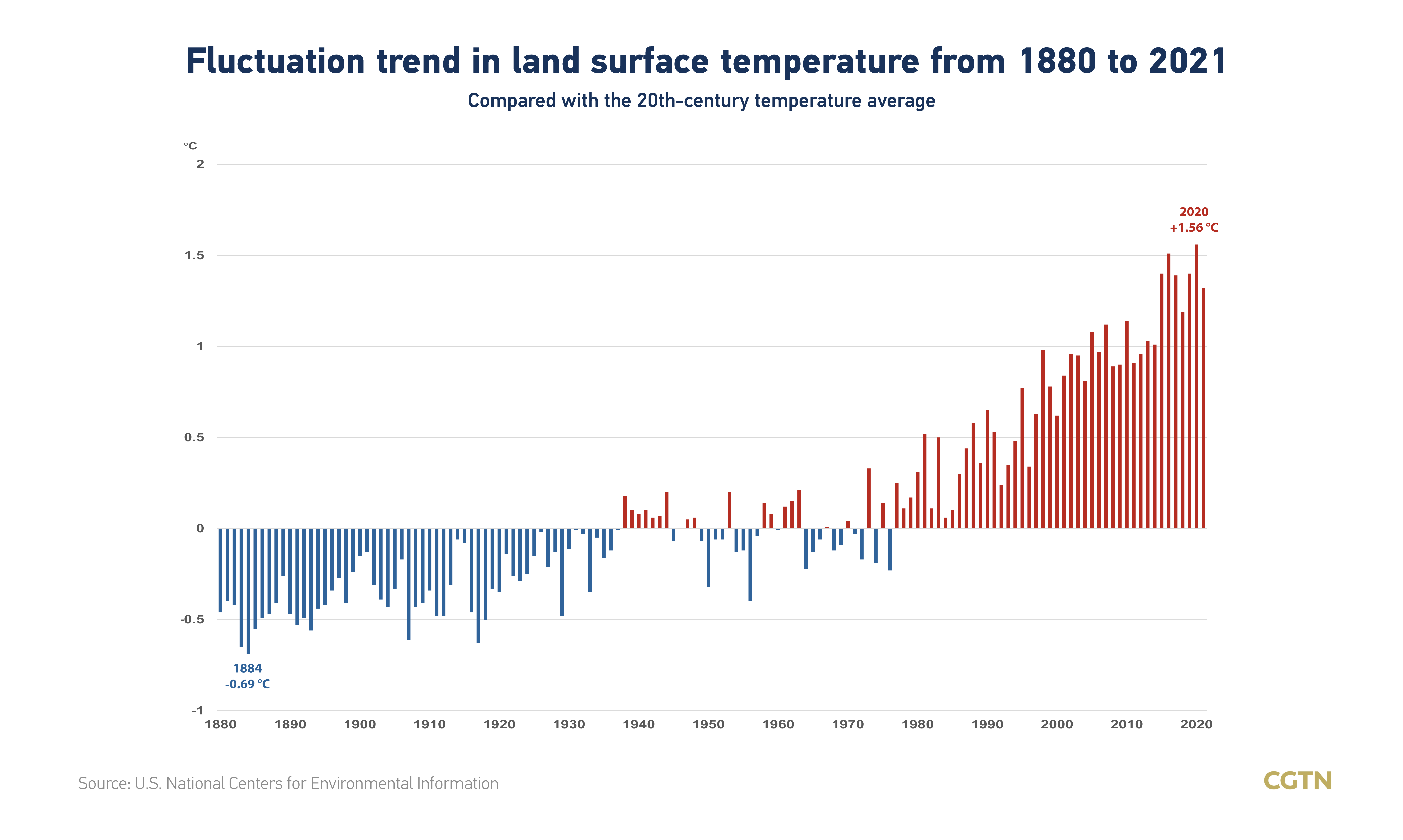 According to data on weather-related disasters from the World Meteorological Organization (WMO), there were more than 11,000 reported disasters attributed to weather, climate and water extremes globally, with over 2 million deaths and $3.64 trillion in losses from 1970 to 2019. During these years, 5 percent of the disasters were associated with extreme temperatures, and over 185,000 people died due to the extreme temperature worldwide. 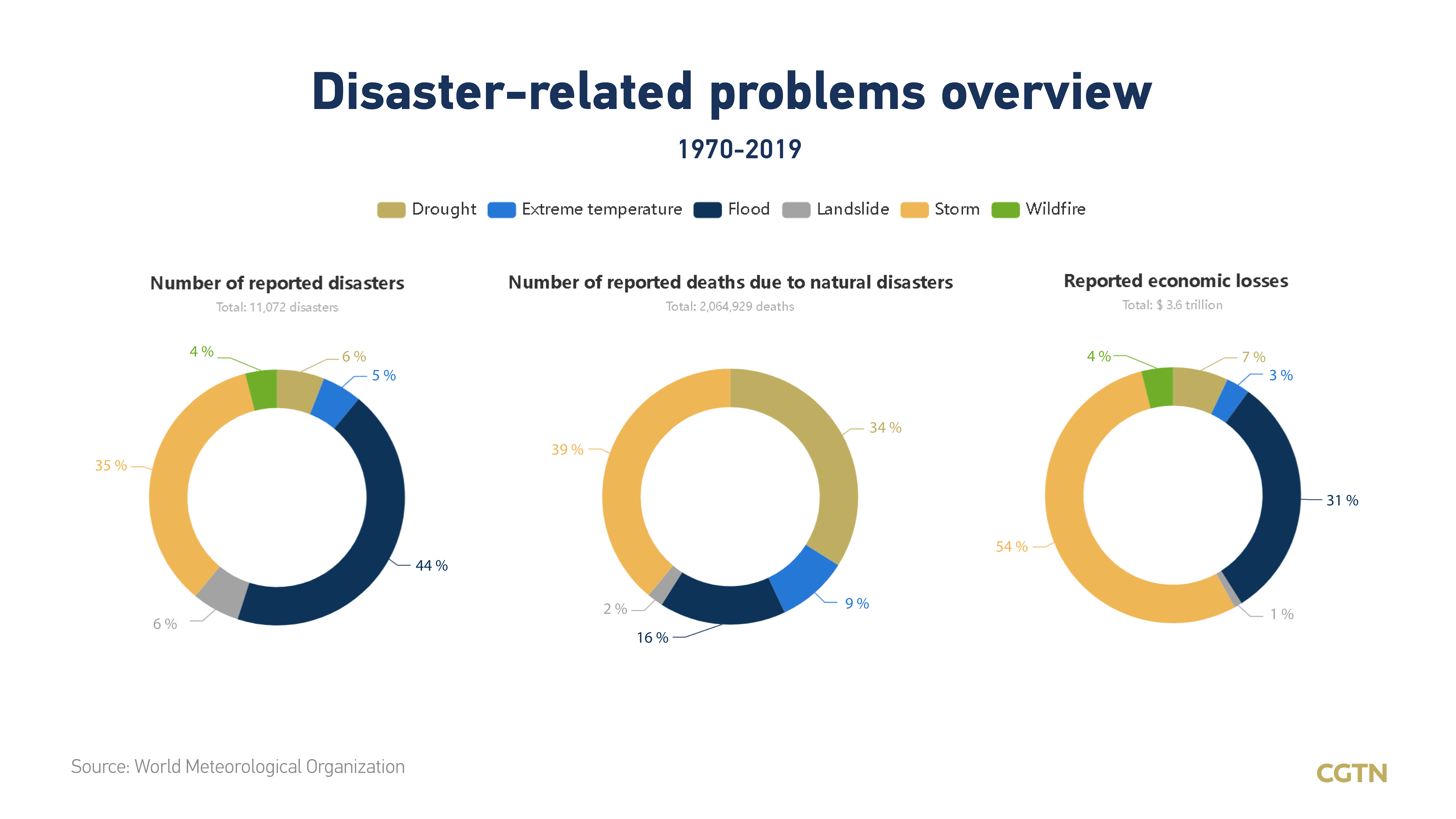 Heatwaves are one of the most dangerous natural hazards but rarely receive adequate attention. However, with the number of heat-related deaths rising year after year, heat-related illnesses caused by heatwaves have attracted widespread attention this year. According to the data from the WMO, there were over 158,000 reported deaths due to heatwaves from 1970 to 2019, and the related deaths in Europe and Asia appeared in vast numbers. 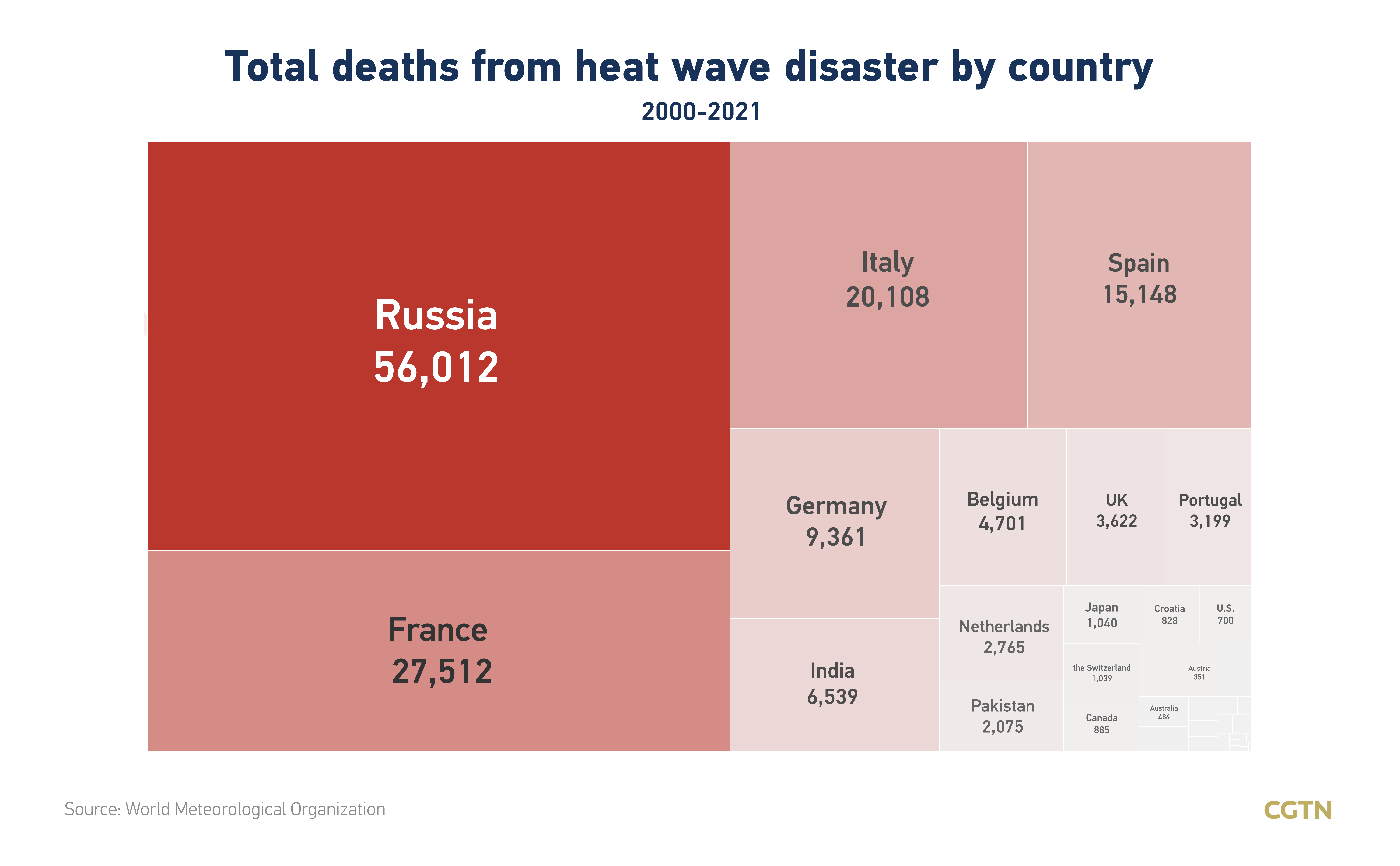 The WMO warned on Tuesday that Europe's heatwave could persist into the middle of next week, whereas the negative impacts of climate change are bound to continue at least until the 2060s. According to Robert Stefanski, chief of Applied Climate Services at the WMO, "The heatwave is already peaking in western Europe and is moving eastward, but temperatures will still be much above normal."

Under extremely high-temperature circumstances, it is probable for people to get heat-related illnesses. Heat stroke is the most severe heat-related illness. It can cause permanent disability or death if the person does not receive emergency treatment. Heat stroke is most likely to affect infirm, homeless people, children, the elderly, athletes and outdoor workers. In order to prevent heat stroke, it is helpful to wear loose-fitting clothes, drink more water and avoid strenuous activities in hot weather. 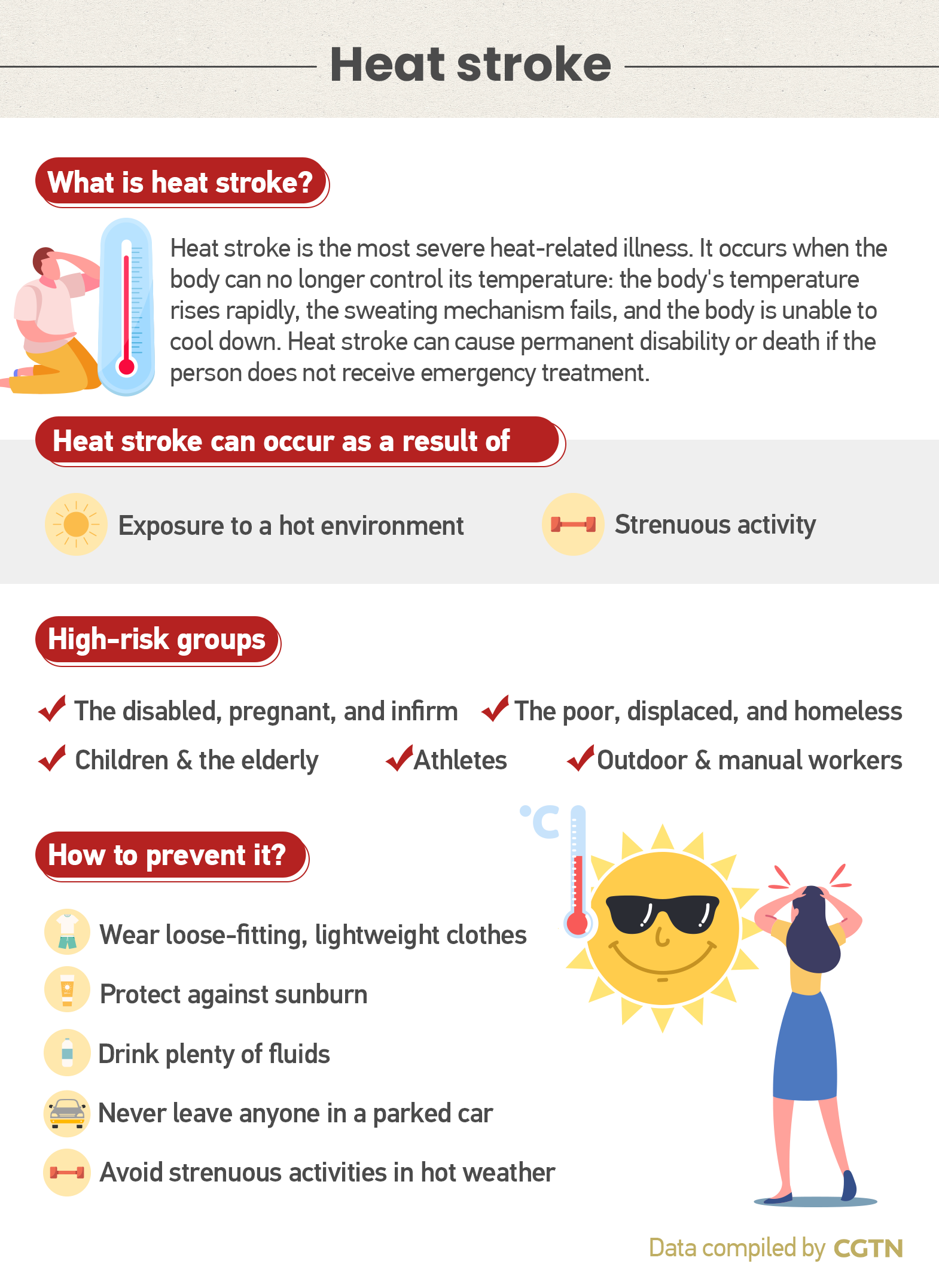