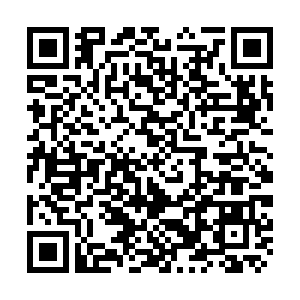 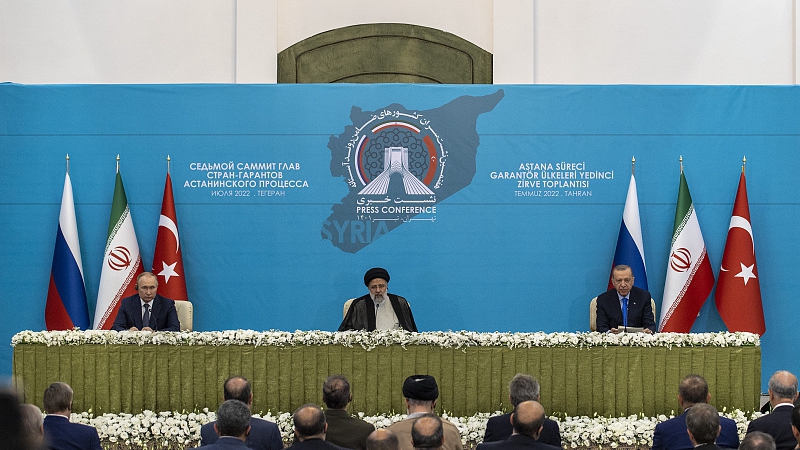 Editor's note: Vladimir Petrovskiy is a chief research fellow at the Institute of Far Eastern Studies, Russian Academy of Sciences, and also a full member of the Russian Academy of Military Science. The article reflects the author's opinion, and not necessarily the views of CGTN.

The leaders of Russia, Türkiye and Iran gathered on July 19, 2022 in Tehran and held a trilateral summit in the Astana format. They discussed the current situation in Syria and reaffirmed their determination to increase trilateral coordination in light of existing agreements and concurring views, as well as studied recent international and regional developments and emphasized the leading role of the Astana Process, which began work in 2017, in resolving the Syrian crisis.

Of course, the three countries have some differences on Syria, but they support the territorial integrity of Syria and the Syrian constitutional process. Thanks to their efforts, it is possible to bring together various, sometimes opposing sides on one negotiating platform: the opposition, the official authorities of Syria, experts, representatives of public structures, the UN, etc.

The joint work of the "troika" Russia-Türkiye-Iran, and the search for compromises has led to the fact that over 90 percent of Syrian territory is now controlled by the official authorities, not by international terrorists.

The "troika" countries have common positions related to the fact that American troops should leave the territories they occupy in Syria and stop plundering the Syrian state and the Syrian people by illegally exporting oil from there. By the way, China also support this position.

It is impossible not to notice that the current big three talks are fundamentally different from U.S. President Joe Biden's recent visit to the Middle East. The American president took the exact opposite approach, attempting to play a "zero-sum game" in the region against Russia and China. In contrast, Russia, Türkiye and Iran discussed the prospects for a new type of multilateral strategic cooperation based on the principle of mutual benefit.

For example, Russia and Iran agreed to develop strategic partnerships in various fields. In particular, they discussed the prospects for delivering Russian goods and energy resources to India via the International North-South Transport Corridor.

The National Iranian Oil Company and Russian gas producer Gazprom signed a memorandum on energy cooperation worth around $40 billion, which supports the development of Iranian gas fields, the completion of liquefied natural gas projects, and the construction of gas export pipelines. 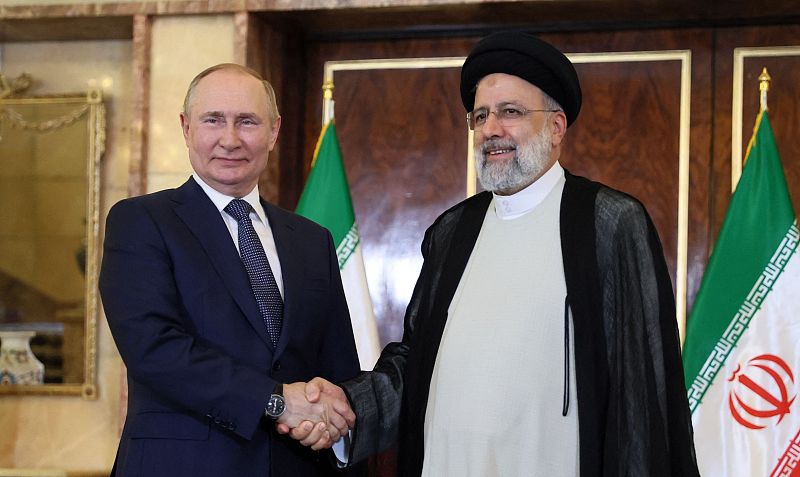 Russia and Iran agreed to switch to the level of mutual settlements in national currencies. Their central banks discussed the distribution and operation of the financial messaging system, as well as the connection of the Russian Mir payment card and the Iranian Shetab.

It was precisely this kind of cooperation that was discussed at the recent 14th BRICS Summit. New geopolitical realities update the BRICS agenda, making initiatives in the field of finance and food security urgent for all participating countries. These initiatives can become a driver of new association and attract third countries to join new global instruments independent from the West.

By the way, Türkiye and Iran have shown their interest in joining the BRICS and are preparing to apply for membership.

Equally important is the prospect for Iran to sign a memorandum this year at the Shanghai Cooperation Organization (SCO) summit in September to become a full member. The SCO, which is developing a new model of cooperation as an alternative to the unipolar world order, covers about 44 percent of the world's population, 30 percent of the world's gas reserves and 25 percent of oil reserves, becoming an important center of gravity.

The potential membership of both Iran and Türkiye in the SCO and BRICS will help establish a new world economic and political order based on multipolarity and balanced dialogue of civilizations. This is also the meaning of the just-completed Russia-Türkiye-Iran summit, which with a certain degree of hyperbole, is an important step toward building a new international order.