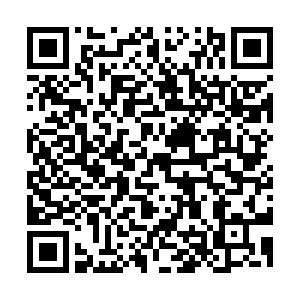 There are 40 percent more tigers in the wild than previously thought, but with a maximum of 5,578 on the prowl, they remain an endangered species, conservationists said Thursday.

The jump in numbers is due to improved monitoring, with the population thought to be stable or increasing, said the International Union for Conservation of Nature (IUCN), but habitat protection projects showed that "recovery is possible."

The tiger reassessment came as the IUCN updated its Red List of Threatened Species- the world's most comprehensive information source on the global conservation status of plants, animals and fungi, assessing their risk of extinction.

The migratory monarch butterfly is now classified as an endangered species on the Red List due to climate change and habitat destruction. And all surviving sturgeon species are now at risk of extinction.

"To preserve the rich diversity of nature we need effective, fairly governed, protected and conserved areas, alongside decisive action to tackle climate change and restore ecosystems." 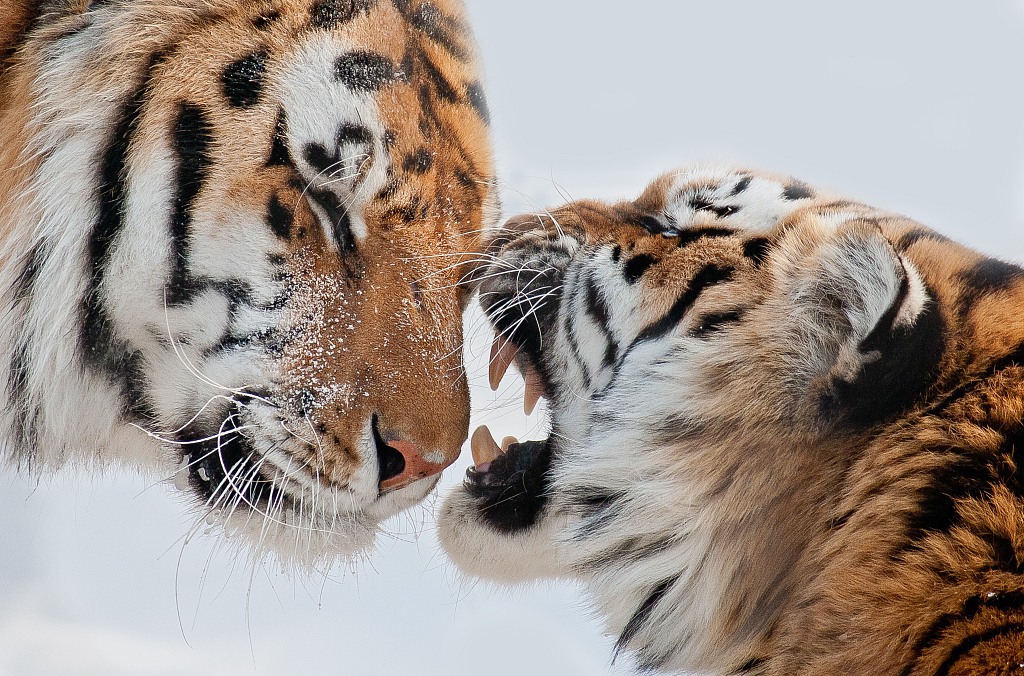 The Red List assigns species to one of eight categories of threat.

A total of 147,517 were assessed in the latest version, with 41,459 species deemed as being threatened with extinction.

Established in 1964, the Red List counts 902 species that are now extinct, and 82 which are extinct in the wild.

While the tiger remains endangered, the population trend indicates that projects such as the IUCN's Integrated Tiger Habitat Conservation Programme "are succeeding and recovery is possible as long as conservation efforts continue," the organization said.

Major threats include poaching of tigers themselves, poaching and hunting of their prey, and habitat destruction due to agriculture and human settlement, said the IUCN.

"Expanding and connecting protected areas, ensuring they are effectively managed, and working with local communities living in and around tiger habitats, are critical to protect the species," it said. 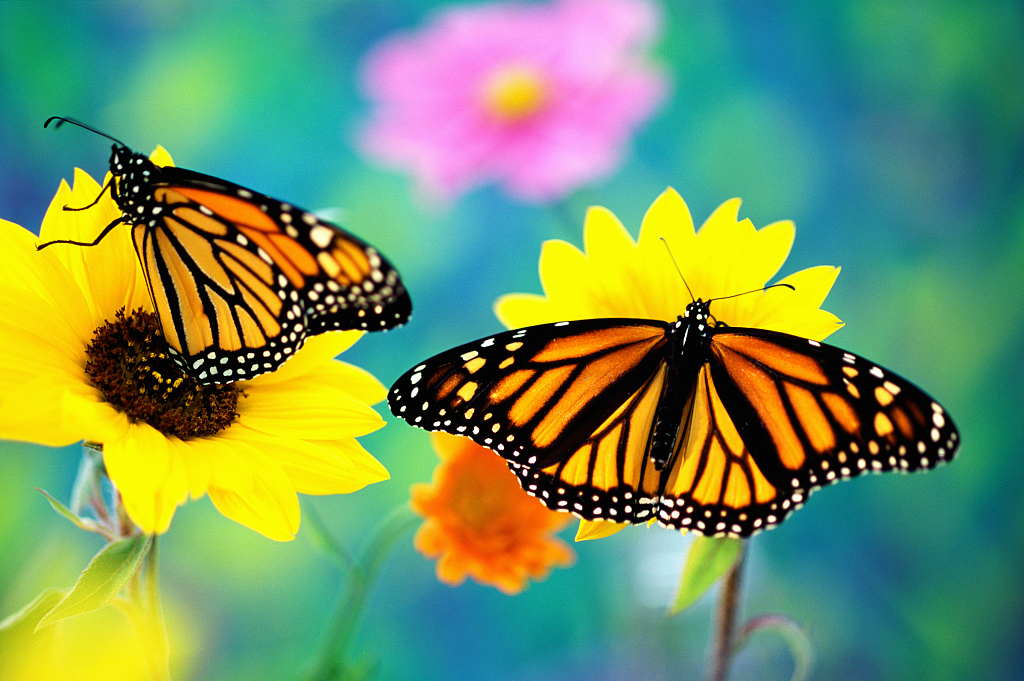 The migratory monarch butterfly, a monarch subspecies, is well known for its migrations from Mexico and California to summer breeding grounds throughout the United States and Canada.

The native population has shrunk by between 22 and 72 percent over the past decade, the IUCN said, with logging and deforestation having destroyed substantial areas of their winter shelter.

Meanwhile pesticides and herbicides used in intensive agriculture kill butterflies and milkweed, the host plant that the butterflies' larvae feed on.

Climate change is also a fast-growing threat, with drought, wildfires, extreme temperatures and severe weather having a significant impact.

"It is difficult to watch monarch butterflies and their extraordinary migration teeter on the edge of collapse, but there are signs of hope," said Anna Walker, who led the assessment of monarchs.

"From planting native milkweed and reducing pesticide use to supporting the protection of overwintering sites and contributing to community science, we all have a role to play in making sure this iconic insect makes a full recovery."

The western population is at greatest risk of extinction, the IUCN said, having declined by an estimated 99.9 percent, from as many as 10 million to 1,914 butterflies between the 1980s and 2021.

"Concern remains as to whether enough butterflies survive to maintain the populations and prevent extinction," the IUCN said. 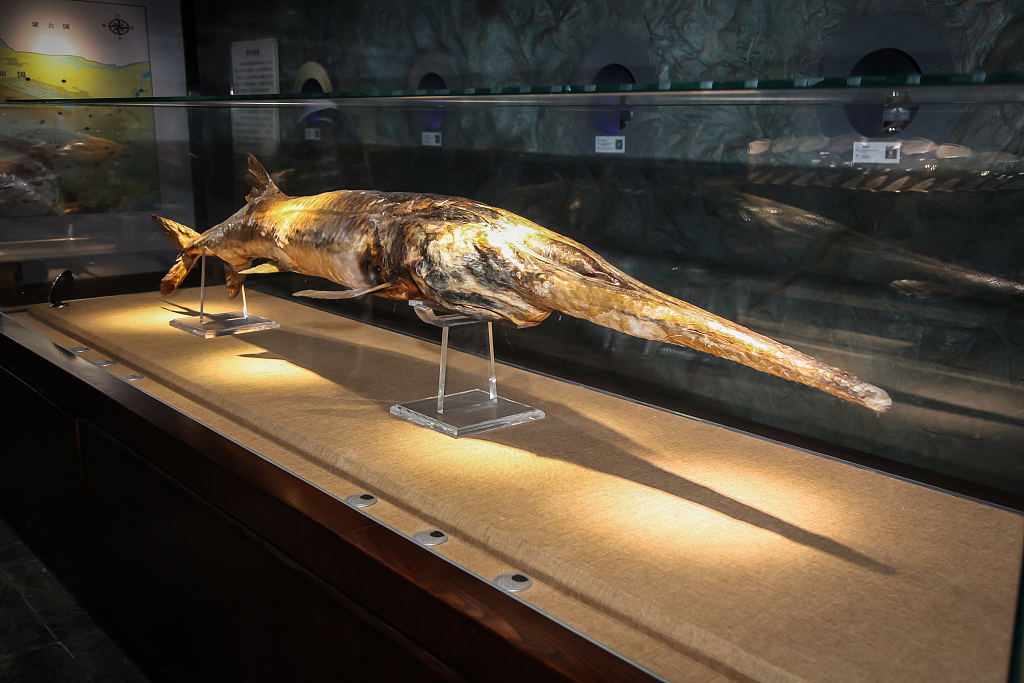 Sturgeon on the brink

The global sturgeon reassessment found that all remaining 26 sturgeon species in the world are now at risk of extinction, up from 85 percent in 2009.

Their decline over the past three generations is steeper than previously thought. On the updated Red List of threatened species, 17 sturgeon species are now critically endangered, three are endangered and five are vulnerable on the IUCN Red List.

The reassessment confirmed the extinction of the Chinese paddlefish and that the Yangtze Sturgeon has moved from "critically endangered" to "extinct in the wild."

Both Chinese paddlefish and Yangtze Sturgeon are representative aquatic species of the Yangtze River Basin.

The Chinese paddlefish was listed as a first-class state protected animal in China in 1989 and was first declared "critically endangered" by the IUCN in 1996. IUCN experts have said there has been no evidence of the species since 2009. It was last seen alive in 2003.