Firefighters in Spain successfully contained wildfires in Catalonia, Segovia, Zaragoza and Avila this week, but elsewhere in the country dozens of blazes continued.

"Extreme wildfires are here to stay," said Narcis Prat, emeritus professor of ecology at the University of Barcelona.

"We don't know exactly what will happen, there are always doubts, and climate models are sometimes wrong, but everything suggests that we're moving towards a situation of higher temperatures, heat waves, more irregular precipitation less in quantity but very intense at times," he said. "This is a new scenario we'll have to adapt to." 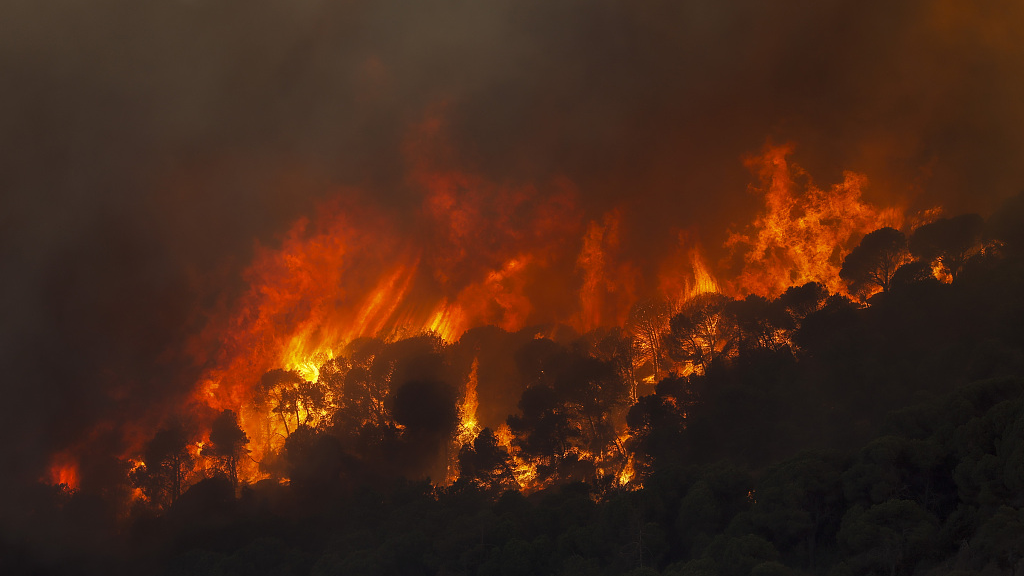 Trees are engulfed in flames during a wildfire in Cebreros in Avila, Spain, July 18, 2022. /VCG

Trees are engulfed in flames during a wildfire in Cebreros in Avila, Spain, July 18, 2022. /VCG

This year alone, a record 193,247 hectares of forest areas have burned in Spain, the European Forest Fire Information System (EFFIS) said on Wednesday, surpassing the 189,367 hectares recorded in 2012.

"In large part this is due to a lack of woodland management," Prat said."For many years, woodlands have been neglected because doing anything with them was very expensive. They were difficult to access, and all this wasn't profitable.

"The main lesson is that we need to manage woodlands differently. We must avoid large masses of trees. Instead, trees should be mixed with undergrowth, meadows and agricultural fields to make what is called a forest mosaic. This would make it very difficult for wildfires to spread." 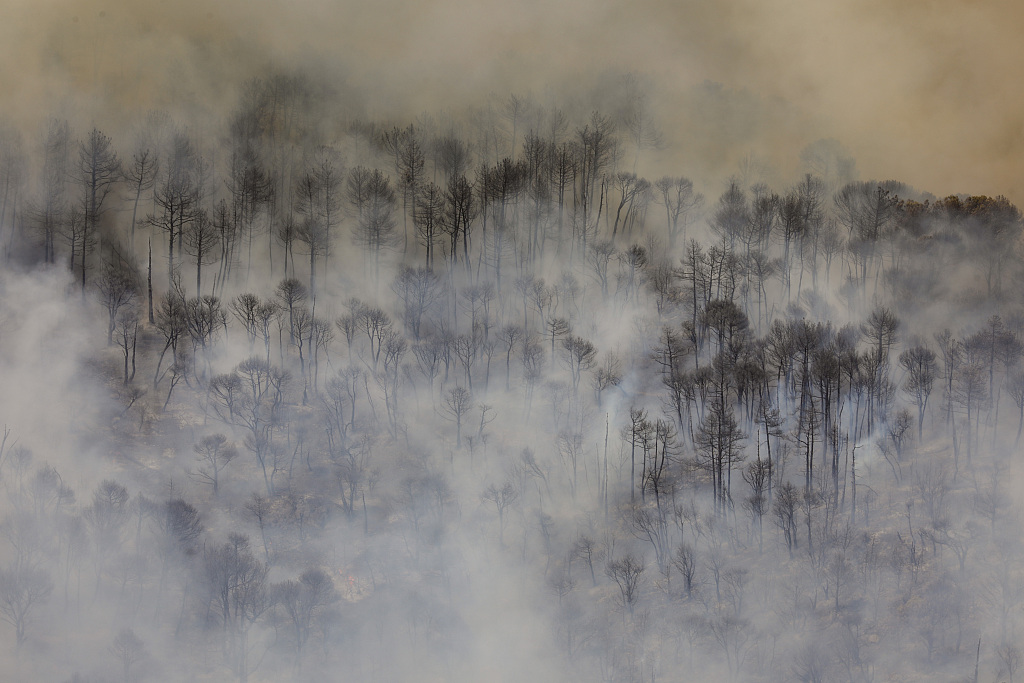 However, since climate change mainly means rising temperatures, Prat warned that unless authorities around the world reduce carbon emissions radically in a short period of time, the situation is likely to get worse.

"What we've seen here this year with so many heat waves is something that scientists believed wasn't going to happen for another five to ten years. Things have accelerated, and scientists are worried that the forecasts they made for 2030 or 2050 are arriving more quickly," Prat said.

The World Health Organization said on Friday that more than 1,700 people have died as a result of the heatwaves in Spain and Portugal this year, calling for joint action to tackle climate change.

On Friday morning, firefighters were still trying to control three wildfires that together covered some 31,000 hectares in Galicia, while two new fires started on the island of Tenerife and in Guadalix de la Sierra in the region of Madrid.