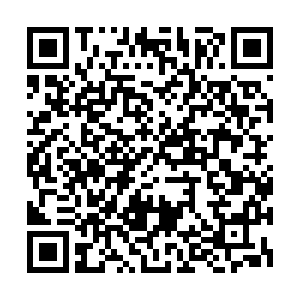 From around Asia, here are a few stories that you may have missed this week.

Droupadi Murmu, a tribal lady, has been elected the new president of India.

She was the candidate of the ruling National Democratic Alliance, led by the Bharatiya Janata Party (BJP). The 64-year-old former teacher from Odisha state will be the country's first tribal person to be president.

The president of India is the head of the state but does not have executive powers. The Indian presidential elections has an indirect voting system, meaning only elected members of parliament and state legislatures vote and not citizens, like in general elections.

To the east, in Pakistan, former Pakistani Prime Minister Imran Khan renewed his call for early elections after a stunning by-election victory saw his party take control of the crucial Punjab state legislature.

Khan was ousted as prime minister in a no-confidence vote in April.

The Dawn daily says the result in Punjab is a major blow to Prime Minister Shehbaz Sharif, who is the head of the PML-N.

To the south, Sri Lanka also got a new president and prime minister after months of protests.

Ranil Wickremesinghe was elected president by parliament on Wednesday after his predecessor Gotabaya Rajapaksa fled to Singapore.

Later in the day, Wickremesinghe swore in his political rival Dinesh Gunawardena as the country's new prime minister.

The country of 22 million has been crippled by the lack of foreign currency, which has caused shortages of, food, fuel and medication, as people took to the streets seeking the removal of the former president and his brother, ex-prime minister Mahinda Rajapaksa.

In China, one person was killed, and 25 injured after tornadoes hit 11 villages in Guanyun County and Haizhou District of Lianyungang City, east China's Jiangsu Province on Wednesday. The tornadoes toppled roofs and damaged crops, videos on social media showed. More than 2,200 people were affected and 3,148 homes were damaged, according to the local government.

And, Japan logged a record 150,000 new COVID-19 cases as Tokyo and Osaka both topped 20,000. Tokyo confirmed 20,401 new COVID-19 cases Wednesday, going over 20,000 for the first time since February 5, while Osaka prefecture reported a record high 21,976 infections, contributing to an unprecedented nationwide daily total of over 150,000 new cases. The Japan Times reported that "the daily number of cases in the capital stood above 10,000 for the ninth straight day, as a seventh wave of infections spurred by the highly transmissible BA.5 omicron sub-variant continues to grip the nation."

(Cover: Indian Prime Minister Narendra Modi and ruling Bharatiya Janata Party president JP Nadda with Droupadi Murmu after congratulating her on being elected as the new President of the country on July 21, 2022, in New Delhi. /CFP