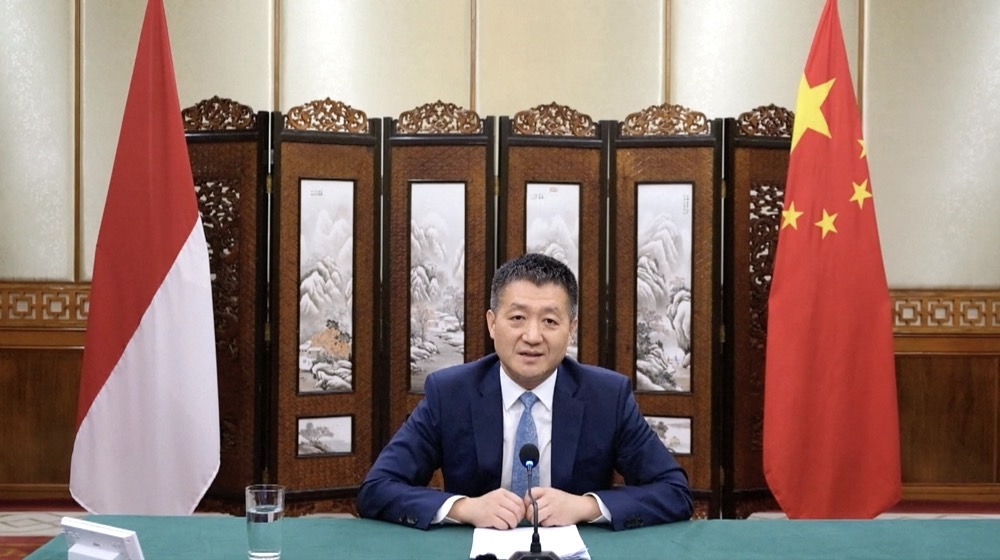 According to a Chinese Foreign Ministry statement, Widodo is scheduled to visit China starting Monday, becoming the first foreign head of state to visit the country after the Beijing Winter Olympics.

Widodo's visit reflects the level of the strategic relationship between China and Indonesia as well as the high importance attached to the bilateral ties by both the Chinese and Indonesian governments, Lu said in an interview with CMG. Lu was appointed ambassador earlier this year.

"Meetings between the [two] heads of state always provide strategic guidance and strong impetus for the development of bilateral relations," Lu said, hailing the close high-level political exchanges between the two sides.

When asked to comment on the newly-established Partnership for Global Infrastructure and Investment (PGII), which is widely considered as an effort to counter the China-proposed Belt and Road Initiative (BRI), Lu slammed the attempt to pursue "special interest" under the name of regional cooperation.

PGII, launched earlier this month by the Group of Seven (G7) countries led by the United States, has promised a sum of $600 billion for the construction of global infrastructure by 2027.

While some believe the framework could potentially strengthen Southeast Asia's submarine telecommunications cable connection with Western Europe along with Southeast Asia's power networks, if the bloc can live up to their commitment, Lu called the cooperation "exclusionary."

"The kind of cooperation we are championing is inclusive, and we are not like certain countries who attempt to push a type of exclusionary cooperation through the 'small yard, high fence', 'parallel development' or 'decoupling' approaches because such type of cooperation is aimed at putting some developing countries in a difficult spot where they are forced to answer an either/or question and choose sides," Lu elaborated.