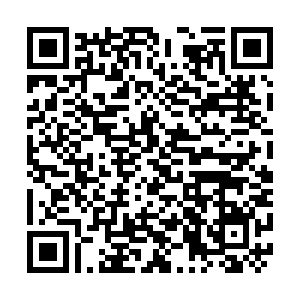 Chinese scientists say they have found a gene in crops that can significantly boost grain yield.

In a paper published online in the academic journal Science on Friday, they identified the key gene, OsDREB1C, that responds to both light and low nitrogen conditions, thereby modulating both photosynthesis and nitrogen utilization.

The discovery, made by a team led by researchers with the Institute of Crop Sciences under the Chinese Academy of Agricultural Sciences (CAAS), is expected to provide a potential solution for increasing agricultural productivity and efficient utilization of resources and contribute to human food security.

Zhou Wenbin, leader of the research team, said a substantial increase in crop yield has been achieved since the 1960s through the breeding of new varieties and the improvement of cultivation and management technologies. However, in recent years, the per unit area yield of crops has increased slowly.

"We need to find new methods to coordinate the further improvement of crop yield and nitrogen use efficiency," he said.

The scientists examined 118 transcription factors associated with photosynthesis in maize, as maize has a much higher yield than rice and wheat mainly due to their different photosynthetic pathways. Then they analyzed the related genes in rice with similar sequences and thus identified the OsDREB1C.

The researchers enhanced the expression of the gene in two rice varieties through genetic engineering technology. They conducted field trials at three different sites in Beijing, Hangzhou, and Sanya in northern, eastern, and southern China, representing very different environmental conditions, from 2018 to 2022, with results showing the yield of the two rice varieties increased by more than 30 percent. The growth duration was also shortened.

Wan Jianmin, an academician of the Chinese Academy of Engineering, said the discovery provides a potentially valuable gene for crop variety improvement.

Yang Weicai, an academician of the Chinese Academy of Sciences (CAS), said the discovery of this gene undoubtedly has important scientific value and application prospects and provides an important genetic resource for cultivating crop varieties with a higher yield, higher nitrogen utilization efficiency, and early maturity.

This innovative research has provided a new approach for achieving a substantial increase in crop production and efficient utilization of resources. It is expected to be applied to rice, wheat, and other crops and vegetables in the future, which is of great significance in promoting sustainable and intensive agricultural production, experts said.

Qian Qian, head of the Institute of Crop Sciences under CAAS and also an academician of CAS, said the team will deepen their research on the key gene's function and mechanism in main grain crops such as rice, wheat, corn, and soybean for the development of new varieties.