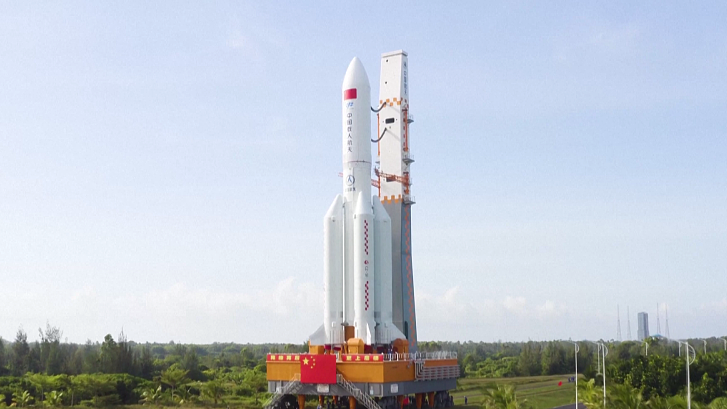 The combination of China's space station lab module Wentian and the Long March-5B Y3 carrier rocket transferred to the launch pad at the Wenchang space port on July 18, 2022. /CGTN

The combination of China's space station lab module Wentian and the Long March-5B Y3 carrier rocket transferred to the launch pad at the Wenchang space port on July 18, 2022. /CGTN

The final rehearsal for the launch of the Wentian lab module of the China Space Station was completed on Friday, with each system ready for the launch.

The rehearsal was mainly aimed at inspecting the various tasks for the launch mission.

The lab module, weighing about 20 tonnes, is currently packed inside a Long March-5B heavy-lift rocket and sitting on a launchpad at the Wenchang Spacecraft Launch Site in the southern province of Hainan.

The first rehearsal was held after the Wentian lab module, and the Long March-5B Y3 carrier rocket were transported to the launchpad on Monday, to test the changes in the airfields and cumulonimbus clouds during the typhoon season.

According to the testing results, the recent meteorological conditions meet the basic environmental requirements for the launch. The rocket has completed various functional inspections as well as pre-launch preparations. 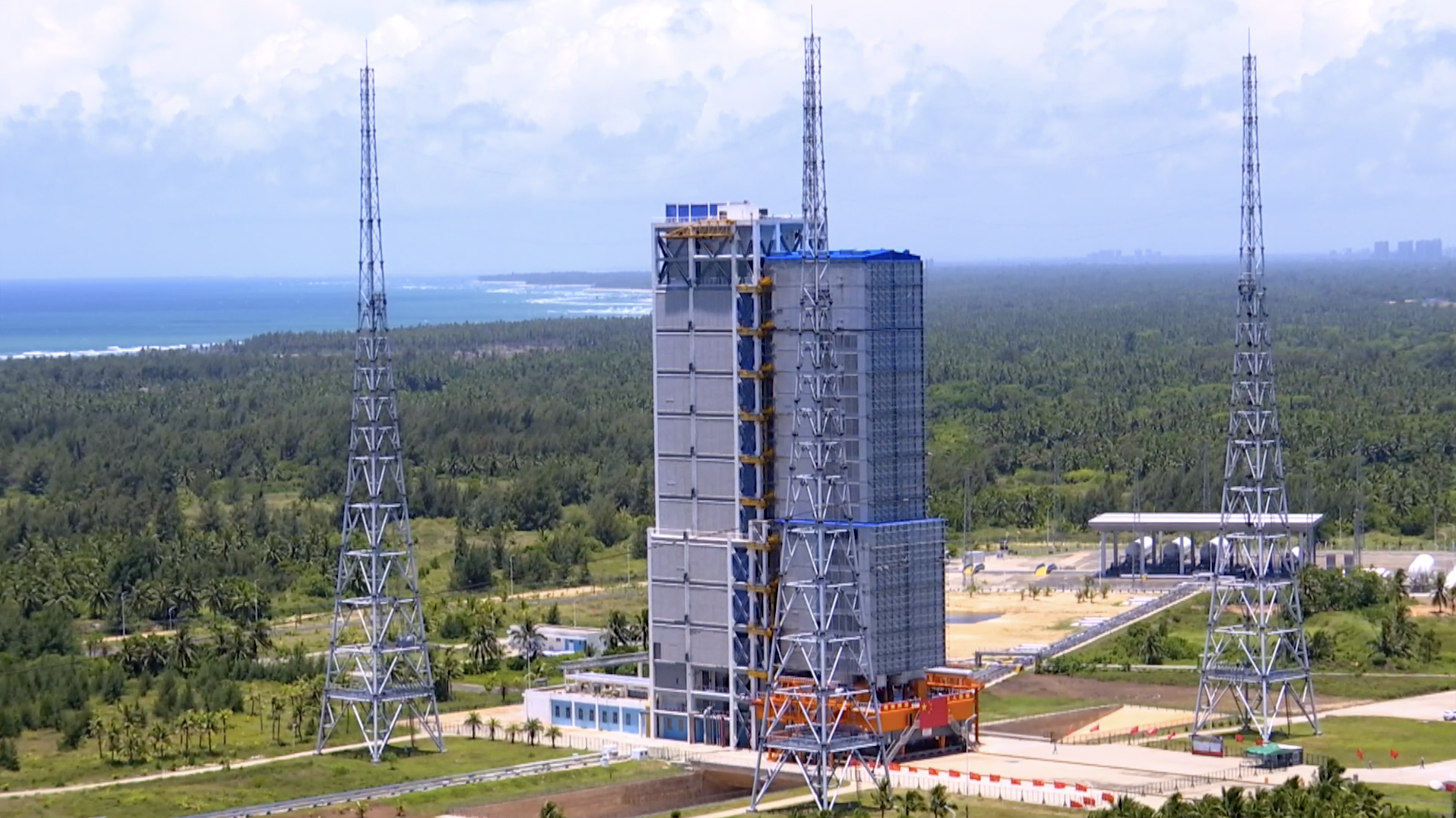 There are two launchpads now at the Wenchang Spacecraft Launch Site, both used to build the China Space Station, which is planned to be completed by the end of this year.

One pad is for the Long-March 7 carrier rockets that sends Tianzhou cargo ships into low earth orbit, bringing supplies to the Chinese astronauts or taikonauts in space.

On its top, there is a fantastic view of the beach in the near distance and not far away is its twin launch pad.

The other is used for heavy-lift carrier rockets like the Long-March 5B which launch big components of the space station like the Tianhe core module.

The space lab modules Wentian and Mengtian will also be launched from this launch pad in July and October, respectively.

"Our launchpad mainly protects our carrier rockets and spacecraft against wind and rain. It provides a platform to examine, test and refuel," said Guo Bang, a system engineer from the Technical Department at the launch site.

"It can also provide suitable temperature and humidity for them in the launch area," he said.

The two launchpads now supplement each other and play a major role in sending the many components of China's space station into orbit and meet the taikonauts.