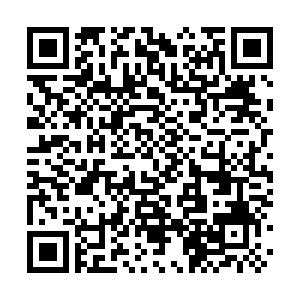 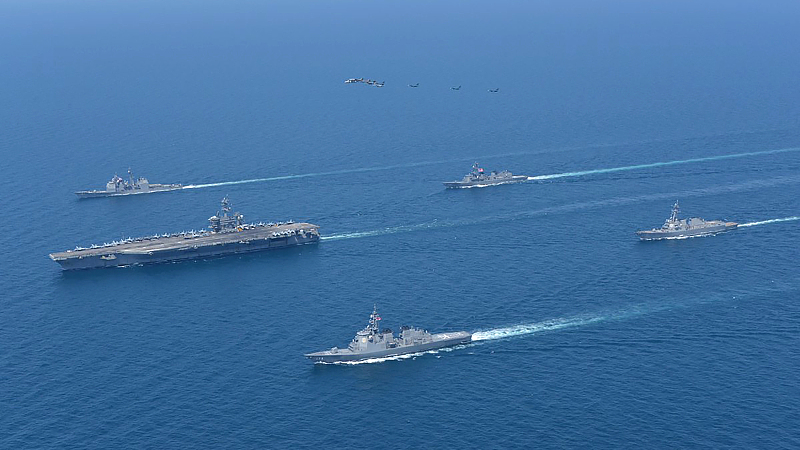 USS Abraham Lincoln, left, and JS Kongo, front, sail in formation during a U.S.-Japan bilateral exercise at the Sea of Japan, April 12, 2022. /CFP

USS Abraham Lincoln, left, and JS Kongo, front, sail in formation during a U.S.-Japan bilateral exercise at the Sea of Japan, April 12, 2022. /CFP

Editor's Note: Zhou Wenxing is assistant professor at School of International Studies, Nanjing University and former Asia Fellow at John F. Kennedy School, Harvard University. He writes extensively on comparative politics and international relations, with an emphasis on the Taiwan issue and China-U.S. relations. The article reflects the author's opinions, and not necessarily the views of CGTN.

The Japanese government released its annual Defense of Japan 2022 on July 22, Friday. As one of Tokyo's most important strategic documents, the annual defense white paper is claimed to revise the island country's defense documents by the end of this year and to increase the country's defense budget among others with a view of addressing the so-called escalating national security threats.

But these moves have aroused public concerns in East Asia and West Pacific. The vast majority of countries in the region have suffered much from wars of aggression launched by Japanese militarists before and during World War II. Meanwhile, few Japanese politicians have apologized for the monstrous crimes that Japanese fascists committed nearly a century ago.

Under the assistance of Washington, the Japanese government in the post-World War II era did embark on a pacifist path by providing enormous economic development aid to the Asian countries that Japan invaded. On account of the constraints of Japan's constitution and the hope to be trusted by their neighboring countries and the international community, the Japanese ruling elites stood devoted to developing an exclusively defense-oriented strategy.

That's why people in Asian countries, especially in China, stay on high alert to any changes of the Japanese military and defense policy. Before the outbreak of World War II, Japanese military forces launched brutal aggression against China and killed up to 300,000 citizens in Nanjing.

People in the Asian-Pacific region choose to remember these painful memories because they hope to avoid the repetition of tragedies all over again. They are more sensitive than the rest of the international community to any moves by Japan that may deviate from its pacifist path and return to militarism. 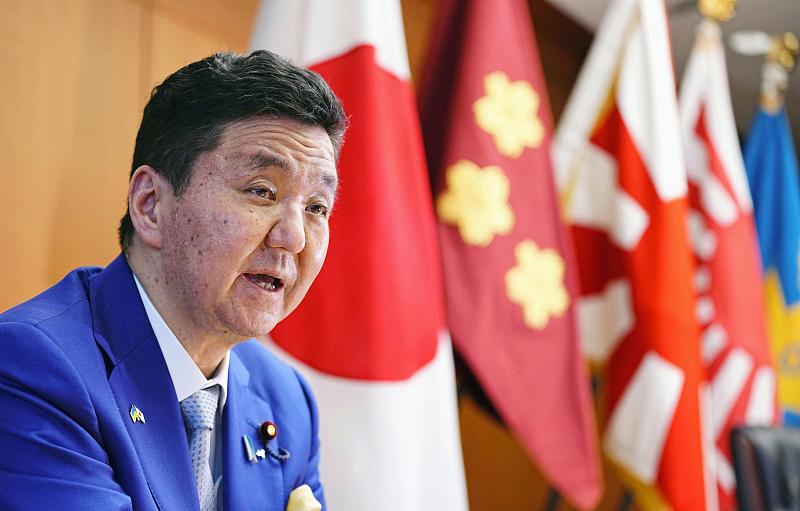 But this year's white paper suggests that Tokyo is moving towards this worrying direction. It plays up the "China threat," claiming that "China continues to unilaterally change or attempt to change the status quo by coercion in the East China Sea and South China Sea" and that China further increases tensions in the region. According to the paper, Japanese Ministry of Defense and Self-Defense Forces are determined to cooperate with its allies, particularly the U.S., and like-minded partners to jointly respond to China as its "main security threat."

Another more sensitive trend that would worsen China-Japanese relations is that the white paper has boosted its coverage of China's Taiwan issue to 10 pages, which is twice as long as last year's white paper. In order to preemptively deter another "Russia's aggression against Ukraine" scenario from happening, the document asserts that the Japanese government is set to revise its constitution, increase its defense budget and develop counter-strike capabilities.

There is no doubt, with further analysis of Japanese leaders' Taiwan-related remarks and the country's policy measures, that the scenario is the so-called "Taiwan contingency." Tokyo stands committed to cooperate with its allies to deter China's efforts for the reunification with the Taiwan region.

As indicated by the white paper, the Japanese government is "tying up" its foreign policy and defense strategy with the U.S. In order to contain China, Tokyo is adopting a more aggressive stance in terms of policy coordination with the U.S. by taking advantage of the Russia-Ukraine conflict and hyping the "China threat." As said by Foreign Ministry Spokesperson Wang Wenbin during a regular press conference, "The Japanese ruling elites are pushing forward "the erroneous practice of arbitrarily hyping up security threats in the neighborhood to justify its military build-up."

In a nutshell, people in the Asia-Pacific have every reason to worry about the possibility that Tokyo is abandoning its decades-long path of pacifist diplomacy and defense-oriented strategy given the country's aggressive statements revealed in its white paper.

Japanese political elites should recognize that the history of overseas aggression waged by Japanese militarism cannot be erased easily. Tokyo should seek to ease the fears of its neighbors to its foreign policy changes. A Japan that is increasingly deviating from its pacifist and defense-oriented policies and embracing those the other way around is bound to arouse opposition from more Asian countries and the international community at large. A Japan that is welcomed by its neighbors is in its best national interest.